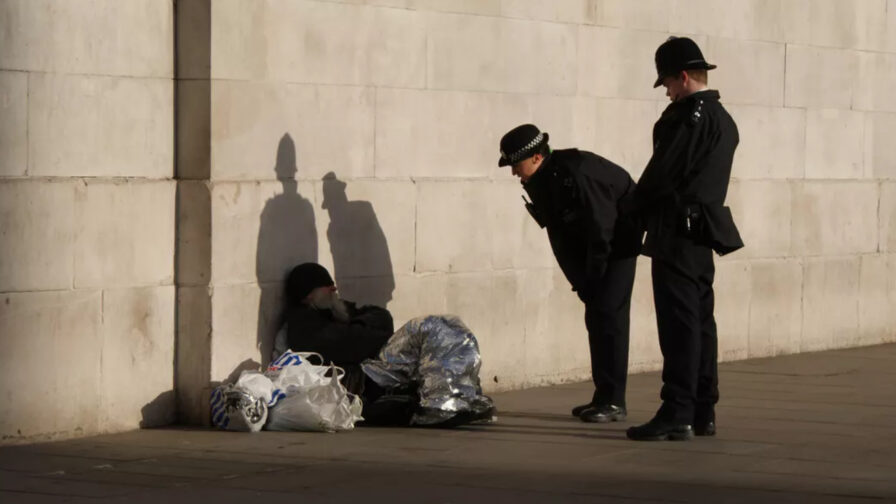 Manchester City Council will meet tomorrow to discuss the introduction of a controversial Public Space Protection Order. Fifty eight signatories to an open letter are calling on the council to oppose the proposal, which they claim will be severely detrimental to homeless people within the city centre.

An open letter addressed to Manchester City Council calls on councillors to vote against the controversial proposal to introduce a Public Space Protection Order (PSPO) which will “threaten the safety and security of homeless people in our city”, according to the signatories.

The letter has been signed by 58 people representing a wide range of organisations concerned about the homelessness crisis in the city who think the PSPO, which targets homeless people and beggars in the city centre, is a step in the wrong direction. Anyone found breaking the regulations in the PSPO, which could be done by resting in a doorway or sheltering in a tent, could be fined £100 – or face an even higher fine in court if they cannot pay on the spot. Those signing the letter included:

The argument put forward in the letter suggests that the PSPO goes against the spirit of the Manchester Homeless Charter (MHC), which made many commitments, including treating the homeless with respect, providing them with equal opportunities and helping them on to a safe and secure home. The MHC became part of the Manchester Homeless Strategy (MHS) for 2018-23, which again made many laudable commitments to helping the homeless. The open letter states:

“In our view the PSPO proposed by the Council is in complete opposition to this vision and approach [in the MHS] . The PSPO will create a hostile environment for homeless people in the City Centre, it will increase inequality and it will threaten the safety and security of homeless people in our city.”

The letter also contained a collection of responses from homeless people in Manchester who were asked what they thought about the PSPO, one says:

“It feels like we are trying to sweep people – who are most likely weak, poor, vulnerable and disenfranchised – under the carpet.”

Manchester City Council will meet to discuss the PSPO at tomorrow’s Communities and Equalities Committee meeting which begins at 2pm. The final vote on whether to implement the PSPO will be taken at a council meeting on 26 November. The full text of the open letter is included below:

Under these proposals people who are sleeping rough, homeless people and those threatened with homelessness will face on the spot fines of £100 for:

If the person cannot pay, they can be prosecuted in court with a fine of up to £1000.

Our Shared Vision, Values and Principles:

In 2015, the Council came together with other statutory, voluntary, religious and commercial organisation to declare our joint vision to end homelessness in Manchester by working in new ways together in Manchester’s Homelessness Charter.

At the heart of the charter were guiding principles concerning the rights of people who are homeless and at risk of homelessness.

We declared that everyone who is homeless should have a right to:

We pledged that people with experience of homelessness must have a voice and involvement in determining the solutions to their own issues, to homelessness, and in wider society

This Charter became part of Manchester’s Homeless Strategy for 2018-2023. The Strategy recognised that to address the problem of homelessness we need to:

We were all encouraged to work towards these aims together with the Council and the Manchester Homelessness Partnership using a strong shared vision and common approach.

In our view the PSPO proposed by the Council is in complete opposition to this vision and approach. The PSPO will create a hostile environment for homeless people in the City Centre, it will increase inequality and it will threaten the safety and security of homeless people in our city.

The views of people who are homeless on the PSPO:

In keeping with the value of co-production, which is central to the Manchester Homelessness Charter and Partnership, the opinions of people who are homeless were gathered for the first PSPO consultation. A summary of their feedback is given below:

The False Assumptions Underlying the PSPO:

It is our view that those supporting the PSPO do so on the basis of false assumptions.

There is a Bed for Every Night:

Despite our shared commitments and efforts, the reality is that there is not a bed for every night for every person or enough support to meet their needs. It is therefore not true or fair to suggest that all homeless people can avoid the risk of being fined by simply taking up offers of accommodation and support.

People can be coerced or threatened into accepting help:

Where there is an offer of accommodation and support for a homeless person, but the individual is not ready to accept help, fining them or threatening to do so is not going to resolve the underlying problems.

Manchester’s Homeless Charter and Strategy was based on our experience as to the ways of working with homeless people that are effective – working “with”, not “for”, and building the self-expression, wellbeing, relationships and inclusion that gives homeless people the opportunity for real and positive change.

The Harmful Consequences of the PSPO:

In our view this punitive approach will:

We do not feel that our concerns or those of homeless people about the dangers of this PSPO have been properly canvassed or considered.

We urge the Council to reject the proposed PSPO and to return to the values and principles of the Manchester Homelessness Charter and Homelessness Strategy.

Jo Walby, CEO, on behalf of the staff team at Mustard Tree

Charlotte Hughes – The Poor Side Of Life

A webcast of Manchester City Councils meeting tomorrow can be viewed here.

Change to text – 7 December 2019: The article initially stated that the council would vote on the PSPO proposal  at the Communities and Equalities Committee meeting at 2pm on 7 November 2019. The PSPO will be discussed at this meeting, the vote on whether to implement it will take place at a later council meeting on 26 November.

Change to text – 8 December 2019: The original headline referred to “Proposed legislation…”. A Public Space Protection Order does fall under the category of secondary legislation, but is more accurately described as an Order. An Order that can be introduced by local councils under the primary legislation of the Anti-social Behaviour, Crime and Policing Act 2014.