Rough sleeping increases 34% across Manchester in a year 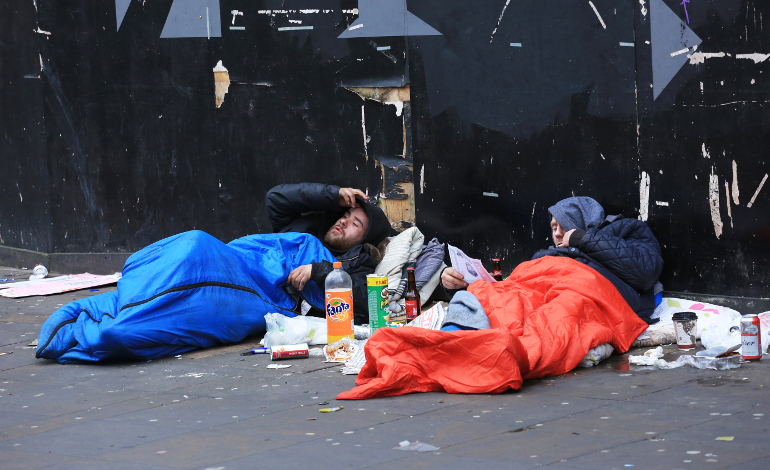 Despite the well publicised efforts of the Greater Manchester mayor and Manchester City Council to reduce rough sleeping, the Manchester street count in 2018 has seen a 34% rise compared to 2017.

The street count is a single night snapshot, carried out between 1 October and 30 November, of people sleeping rough in a local authority area. Rough sleepers are the visible tip of the iceberg of the much larger homelessness crisis.

The rough sleepers count is widely regarded by homelessness organisations as inadequate, due to it being perceived as severely under counting the problem. Greater Manchester’s (GM) strategic lead for homelessness Mike Wright criticised the street count last August, when the street count was 278 for GM and the mayoral Bed Every Night scheme had recorded much higher figures:

“We always knew the annual rough sleeper count was a blunt instrument…You may have someone who has been on the streets for 364 nights a year but found a bed that one night and they don’t count on the statistics. Now we know that there are at least 500 people regularly rough sleeping in our region.”

Andy Burnham’s campaign to end street homelessness, is helping homeless people find shelter (see previous Meteor report), but whether he achieves his campaign pledge of ending street homelessness in GM by 2020 remains to be seen. Similarly Manchester City Council’s Big Change scheme is helping people of the street, but their recent billboard campaign seen across the city claiming to be ‘Ending Homelessness’ in Manchester, rings hollow with the release of these latest statistics.

Trying tackle the root causes of the growing housing and homelessness crisis, the charity Shelter are calling for the provision of “three million new social homes” which they believe is key to solving the crisis.

Across England the number of rough sleepers dropped slightly by 2% to 4,667 in 2018. This is the first drop in the countries figures for seven years but still leaves rough sleeper numbers in 2018 165% higher than they were in 2010.

Gavin Smart, deputy chief executive, of The Chartered Institute of said of Englands rough sleeping figures. “To truly get to the root of the problem, the government must invest in more genuinely affordable housing as well as reviewing the impact of welfare reforms like the benefit cap, universal credit and the housing benefit freeze for private renters.”