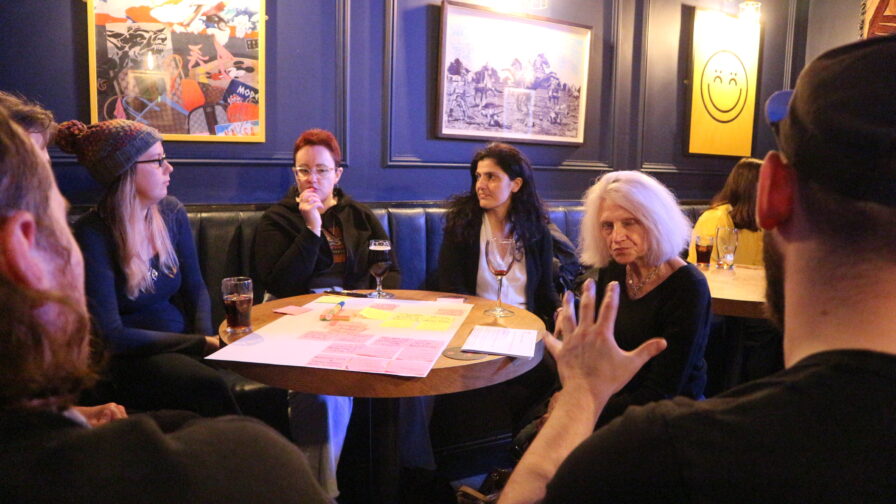 We're relaunching with a focus on our members and what matters to them.

Three years ago, The Meteor launched as a member-owned media co-operative. Since then we’ve achieved a lot, covering under-reported issues and scrutinising the actions of those who hold power in our city.

But there is so much more to do! That’s why we’re changing the way we work, to better serve our audience. We want to grow The Meteor, so that we can cover more of the stories that matter and reach all those who need to read them.

Manchester is well-served by local news, but trust in British journalism is dismally low. Just six companies own 83% of UK local newspapers, with local titles being hoovered up at an accelerating pace.

You can tell simply from the website design of many ‘local’ papers that they are part of a far larger brand. You might notice the stories copied and pasted from a different region, as if no news happens in Manchester. Perhaps you wonder what’s happened to all the local journalists if we have to source our news from elsewhere.

Or maybe it’s the clickbait or articles based on last night’s Love Island or Coronation Street. Sure, it’s entertaining, but is it news?

The Meteor is different. We’re building an alternative to the unprecedented crisis in accountability and trust faced by journalism. We’re not beholden to profit margins or a corporate ideology. We’re independent, and we’re able to investigate the big stories and promote the smaller voices.

Previously, we’ve focused on longform write-ups of investigations into things like urban planning, policing and industrial relations. We’ll continue this in-depth journalism, but we’ll also be reporting in much smaller chunks to increase the amount of content we produce, and to make our work more accessible to more readers.

In particular, we want to be more democratic and to attract more writers from local communities. We’ll be offering commissions and accepting pitches on local topics. In particular, we want first-person perspectives of real life in Manchester, and of course you can send any tips on stories to editor@themeteor.org.

Become a member by donating a minimum of £1 a month to The Meteor.

The Meteor is a not-for-profit, independent media co-op – an alternative, radical, community-based publication for the people of Manchester.

By telling stories that are neglected in the mainstream, investigating and challenging local power structures and exploring important issues, from the everyday to the earth-shattering, we aim to promote social, economic and environmental justice in our city and beyond.

The Meteor is now a co-operative, meaning that community members can own a stake in the company and exercise democratic control over the publication.

Support us by becoming a member

We’ll be bringing back the members’ editorial meetings, where you can meet the Meteor team and tell us about the topics affecting you and your community.

In order to get more people versed in the skills needed to write as a journalist, we’re changing our editorial process to be more inclusive and to work alongside writers, guiding their writing and removing barriers to getting published.

We want to involve our audience in other ways, too. The pandemic put a stop to many of our regular social and educational events, but it also forced us to look at other ways of working. We’re going to translate some of the adaptive measures we used during lockdown into new event formats.

We’ll offer meetups in-person, online, and using hybrid setups. We’ll also open up our Slack workspace to provide Meteor members with a discussion space where they can interact with the editorial team.

Something The Meteor has always done differently to other local news providers is offer training and discussion events on topical themes. We got such a good response to these, and we’re bringing them back! Our next event is on 30 July, Investigating Manctopia: A citizens guide to the planning system, viability assessments and developer economics. Book your tickets here.

We’ll also be running future journalism skills sessions for Meteor members and non-members, to increase media literacy and provide more people with the ability to report the news. It’s a noble goal, but there’s more to it than mere altruism: you’re the people with insider knowledge of what’s going on in your neighbourhoods, and we want to help you get your stories out there.

We’re doing things differently to other publishers in Manchester, by involving our audience. No-one tells us what to write, but we’re quite happy for you to tell us what we should write about. Get in touch – we want to hear from you. Help us build a new model for media in Manchester.