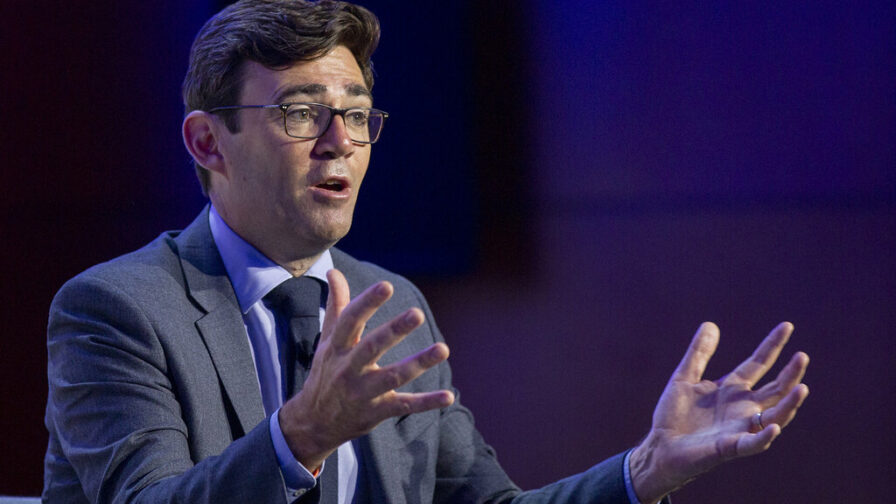 While careful to distinguish the industrial dispute between GNW and its drivers from other instances of ‘fire and rehire’ practices, the mayor says issuing Section 188 notices to renegotiate workers’ employment contracts is tantamount to ‘industrial blackmail’.

Andy Burnham at his weekly press conference yesterday said there were “positive” signs for a “fair resolution” in the industrial dispute between bus company Go North West and drivers. He also branded the “fire and rehire” strategy used by an increasing number of companies as tantamount to “industrial blackmail.”

Burnham confirmed he met Go North West bosses last week to discuss service provision, after drivers based at its depot on Queens Road in north Manchester voted overwhelmingly to strike against the bus company, beginning on 28 February, unless it desisted from terminating drivers’ contracts and re-employing them on new ones. Go North West operates 130 buses on 30 routes in Bury, Manchester, Oldham, Rochdale, Salford, Trafford and Warrington.

Burnham said of his negotiations with Go North West Management: “There’s a recognition on all sides that we need a resolution to this issue, a fair resolution. I encouraged them, together with Unite colleagues [union representing drivers], to get back around the table, and come to a negotiated settlement, and suggested that ACAS should be used to secure that.”

Asked what he thought about companies issuing Section 188 notices, also called “fire and rehire” notices, to re-employ workers on contracts with less-favourable terms and conditions, the metro mayor was careful to distinguish the Go North West dispute from other cases of its usage. “The situation with Go [North West] is slightly different, given some of the issues that are trying to be resolved. But in the case of British Gas, I can’t see one minute how that can be justified.”

Thousands of British Gas engineers went on strike in January in response to an attempt by the company to push through pay cuts by threatening to fire workers. A growing number of British employers such as Tesco and universities are attempting similarly to make employees redundant before re-employing them on less-favourable terms and conditions.

Burnham condemned the use of Section 188 notices, saying the way companies could “effectively unilaterally renegotiate people’s contracts” was “unacceptable” and went on to say:

“People who have been out there working throughout the pandemic, going into other people’s homes, all of a sudden find themselves at the end of a year where British Gas and Centrica have done very well indeed with regards to their profits. They then seek to hold a gun to people’s heads and tell them to accept the new contracts, or sling their hook. That is industrial blackmail as far as I’m concerned.”

The Trade Unions Congress (TUC) has said that “fire and rehire tactics” are “levelling down” pay. There is a growing campaign in Manchester being organised by the Manchester Trades Council along with Strike Map UK to stop fire and rehire policies being implemented.

Go North West drivers are due to go on a continuous strike on 28 February unless Go North West returns to the negotiating table, Unite the union has said.