Raising the Roof on Housing: a round-up of our member directed investigation 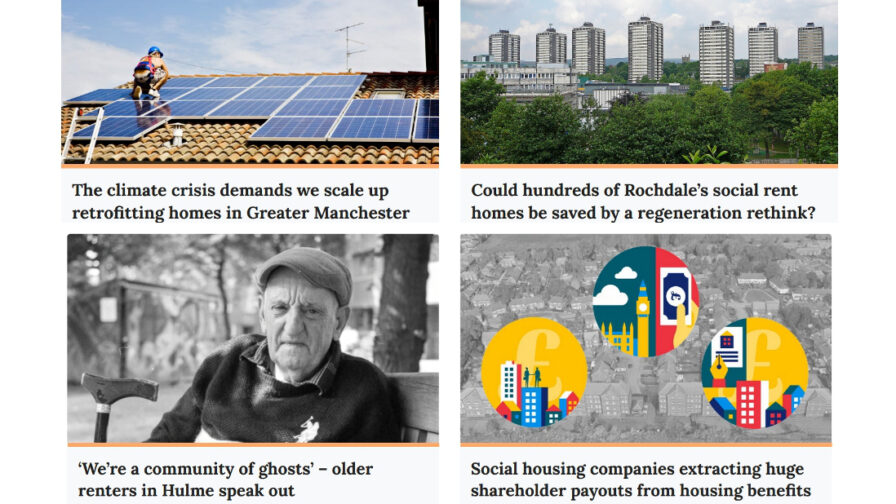 The Raising the Roof on Housing series was funded by the generous donations of our supporters in a Crowdfunder we ran last year and its theme was chosen by Meteor Community Members.

Manchester’s house prices are now growing at more than 3 times the rate of London, and the cost of renting in the city rose by more than a third between 2014 and 2019. At the same time, homelessness, the numbers of people living in temporary accommodation and housing waiting lists are on the rise.

So it’s of little surprise that the issue of housing in Greater Manchester found its way onto a shortlist of contenders to be the topic of our 2020 investigative series.

The Meteor incorporated as a co-op last summer with the aim of building a community led local media outlet that is accountable to its members. After incorporating we ran a successful crowdfunder campaign and ringfenced some of those funds to produce an eight-part series on a topic to be decided on by our members.

The shortlist of themes, which also included the climate crisis and development in the city centre, was chosen by our Production Team. Each theme had a description of the kind of stories we would investigate and the questions we would try to answer. The longlist was informed by conversations Production Team members had with people across Manchester, such as those we met at our Charity Pot Party kindly hosted by Lush cosmetics last year.

Over 70% of Meteor Community Members voted, ranking the three themes in order of their preference. Housing won by receiving the most first place votes, and development in the city centre came a close second.

For the next six months, The Meteor commissioned eight feature-length articles exploring a broad range of interconnected housing related issues in our series, Raising the Roof on Housing.

The series kicked off with a story on the planned demolition of over 700 social rented homes in Rochdale and the local communities’ fight to save them. Robert Firth, the journalist who produced the article, tweeted:

Our co-editor Conrad Bower took a deep dive into the issue of social housing in the city region, highlighting just how precious social housing stock such as that in Rochdale is, with an infographic series laying out the stark loss of social housing in GM over recent years, and the correlated rise in housing waiting lists and temporary accommodation.

The piece advocates for a mass program of social housing building, similar to that we saw after the World Wars, and points to the Green New Deal as a potential way of achieving this in a climate conscious way.

As for our existing housing stock’s carbon footprint, Alex King’s feature on retrofitting homes in GM highlighted the need for local authorities to get behind a large scale retrofitting programme in order to meet GM’s target of becoming zero carbon by 2038, and introduced us to some of the community led initiatives that have been leading the way so far.

Later in the series a collaboration with The Bureau for Investigative Journalism uncovered a worrying trend in the social housing GM does have, revealing that social housing companies in GM are extracting huge shareholder payouts from housing benefits paid to vulnerable tenants.

The story highlights financialisation creeping into the social housing system. A system that was generally considered to be non-profit is now having huge shareholder payouts extracted from public money by the “social housing” companies leasing homes to housing associations at exorbitant rates. Financialisation is well ingrained in the private rented sector, as unaffordable housing developments have continued to spring up around our city during Manchester’s property boom amidst a housing crisis, raising the question: who are these new homes for?

This was one of the questions posed by Nicholas Prescott in a feature exploring a new housing model on the rise in Manchester: co-living, a form of private rented housing featuring shared communal spaces and room sizes which break nationally described space standards, often rented at or close to market rates.

Two controversial co-living development proposals – a multi-tower 2,224 bed development on First Street and a 390 apartment tower in Deansgate – were approved by Manchester city council’s planning committee in September, after being initially rejected.

Within walking distance of these planned developments sits Hopton Court, a social housing block which is home to a community of renters over the age of 55. Charlie Thomas visited them to hear about life for older renters, a group that is increasing in numbers despite gaining little media attention. Describing their experience during the pandemic, one Hopton Court resident said:

“A lot of people are going to be homeless. When I was growing up you always looked after the older generation. They don’t now – you’re just forgotten about. You become a number.”

Similar concerns around the dehumanisation of those most severely impacted by our housing crisis were explored in RTROH’s final article, a review of Maeve McClenaghan’s book, No Fixed Abode, which shares the stories of the country’s homeless who have died on the streets, as well as those who narrowly avoid the fate, such as that of Dave Tovey who was rescued from the brink of committing suicide by the kindness of a stranger on a park bench in Manchester. Mclenaghan’s book is based on the findings of the Dying Homeless project undertaken by The Bureau of Investigative Journalism, which The Meteor took part in.

With Shelter estimating that 12,000 people in Greater Manchester have fallen into rent arrears since the start of the pandemic, the threat of homelessness is growing for many, which is why local communities have been organising to protect renters from the expected ‘tsunami’ of Covid-19 evictions once courts begin to hear eviction cases again in the city. James Doheny’s feature highlighted the work of local groups such as Acorn Community Union, GM Tenants’ Union and Greater Manchester Law Centre to protect renters. This work is ongoing in the face of pandemic uncertainty, including Acorn’s Community Protection Teams and GM Tenants’ Union Eviction Resistance Training.

When we chatted with our members about their choices in the vote to select the theme of this series, many said that it was difficult to rank the options because they are all important and they are interconnected. We have found this to be the case during our time working on RTROH, and many of the stories we published in this series did touch on issues of both development in the city centre and the climate crisis.

Since RTROH began, The Meteor has also committed additional funds to covering the issue of property development in Manchester, including regular reporting on Manchester city council’s planning and exexcutive committee meetings.

Reflecting on The Meteor’s achievements over the past year, co-editor Conrad Bower said, “For me personally, I think that the Raising the Roof on Housing series was a highlight because it was chosen via input from our members, giving them a say in the editorial output of The Meteor.”

We will continue to cover the huge issue that is housing in GM beyond the lifespan of this project and welcome your feedback on the stories that made up this series.

The Meteor would like to thank everybody involved in this project – our crowdfunder donors who contributed funds, everybody we spoke to who shared their stories with us and the journalists who gathered them, and the Meteor Community Members who gave their input and insight on which theme they most wanted us to focus on and why.

We will be listening to our members ideas and concerns which will inform the theme chosen for another investigative series to be produced in 2021. Existing members will be contacted to allow their participation in steering the editorial line of The Meteor. Anyone who is not yet a member can join here, to have a say in what we report on.

Housing Raising the Roof on Housing 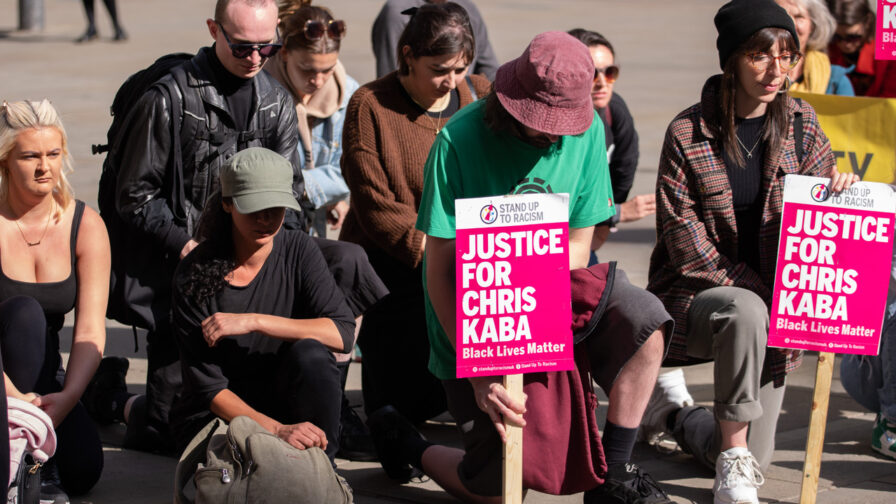