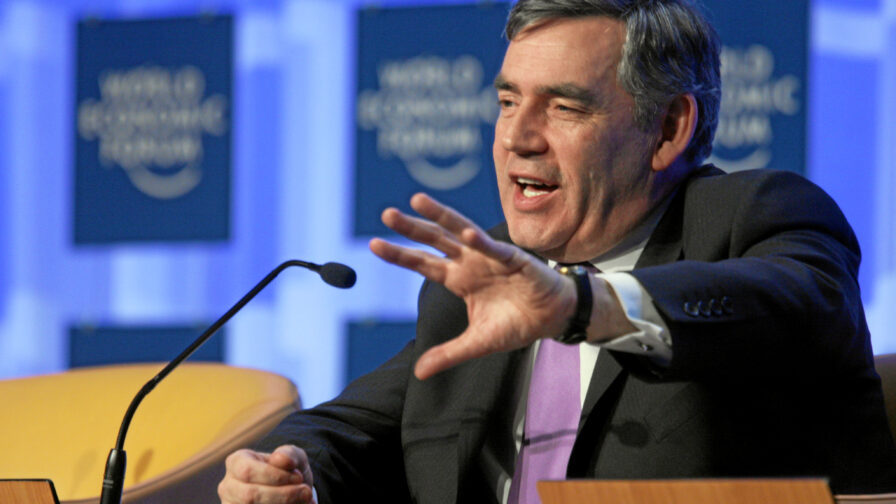 Former prime minister Gordon Brown, speaking at the Ripples of Hope Festival in Manchester, says ‘environmental sustainability’ has to be a primary goal for the global economy, and that a Green New deal for the UK is essential in the run up to COP26.

Gordon Brown, says big changes need to be made so the economy can be run sustainably, including the implementation of a “Green New Deal” in the UK, to allow us to combat climate change alongside promoting “social justice”.

The former Labour prime minister and chancellor of the exchequer was speaking at the Ripples of Hope Festival at HOME in Manchester, via a pre-recorded video with the festivals artistic director Jude Kelly, during a panel discussion on the economy, on Sunday. Brown said:

“Economics has got to change. You know for the 250 years since Adam Smith wrote his Wealth of Nations… and talked only about economic growth and trade and social welfare, we’ve had an economics that’s been built around issues that deny the importance of a sustainable environment.

“Now about 20 or 30 years ago I made a speech actually saying economics must be based on three things not two things. It’s got to be economic growth, it’s got to be social welfare, and it’s got to be environmental sustainability.”

Contending that as we approach the UN climate change conference COP26 in Glasgow in November “we must” build a “Green New deal” to create employment from new environmental projects, Browne went on to say that he didn’t rule out economic growth but:

“l want economic growth to be environmentally sustainable and I think the way to do that is first of all, to insist that every company, every corporate, has its carbon footprint declared, and it has a mission statement for net carbon zero. That every country, every city, every county, does exactly the same.”

The statement by Brown calling for better corporate reporting on carbon emissions comes days after a research report by think tank Carbon Tracker shows that more than 70% of the biggest corporate carbon emitters across the globe failed to reveal the dangers of climate risk in their 2020 financial statements, and that 80% of these companies auditors when reporting on them displayed no evidence of assessing climate risk.

A long-time critic of the lack of detail in financial reporting and its threat to undermine the efforts to tack the climate crisis is political economist Prof. Richard Murphy, who has created a system called sustainable cost accounting which enables companies to account for their carbon emissions accurately and plan to become net carbon-neutral by a specific date.

The Rivers of Hope Festival which “celebrates the power of people to make human rights a reality for all” was held at HOME over five days by the Robert F. Kennedy Human Rights Foundation.

The festival also saw journalist, author and professor of sociology at the University of Manchester Gary Younge speak on the issues of equity and equality. Poet Laureate Simon Armitage was also a key player at the festival, convening 30 poets from around the world to create The Poetic Universal Declaration of Human Rights, where each poet took an article of the human rights declaration to inform their poem.

Keisha Thompson a Manchester based poet, producer and performer was one of the poets chosen by Armitage, who chose to base her poem around Article 25 of The Universal Declaration of Human Rights which includes the rights to “food, clothing, housing and medical care and necessary social services”. Thompson performed her poem at the panel discussion on the economy on Sunday, and also called into question the adequacy of gross domestic product (GDP) as a measure of progress during the discussion, by saying:

“I heard a TED talk from a leader in Bhutan and I was really thrilled to hear about gross domestic happiness as a metric… I think Thailand and New Zealand have been considering it in their policy making, so it’s where decisions are not just led by GDP and what decision will now make the most money, it’s also what will create the most wellbeing, more collective happiness in in the country.”

During the discussion Brown mentioned previous examples of adversaries working together for the benefit of the world, such as the US and Russian deals to prevent nuclear proliferation and their collaboration to launch the International Space Station, he rounded up by saying:

For more information on the Ripples of Hope Festival – click here