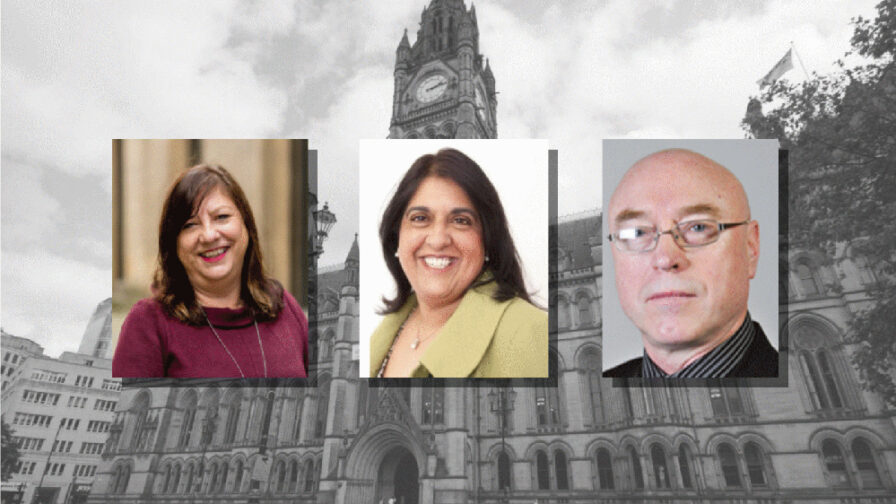 Despite calls to reinstate the council planning committee, plans for student accommodation in Hulme were approved by the chief executive.

Councillors and campaigners say the council’s emergency arrangements for the coronavirus crisis are undemocratic, with locals feeling excluded and threatening legal action.

Proposals to develop the site of the former Church Inn on Cambridge Street into student accommodation were refused by the planning committee three times last year, in April, August and December. Now the plan has been given the green light, with a report on the decision stating: “In the Officers’ view, there are no planning reasons on which a refusal of this application could be substantiated” and that the “concerns raised by Planning Committee in reaching their ‘minded to refuse’ decision were fully addressed in the Planning Officer’s Report.”

However, Hulme Cllr Annette Wright says the application has not changed since the last time it went before the committee and feels it should not have been determined under delegated powers.

“I think the decision should have been deferred and made by the full planning committee,” Wright told The Meteor. “Nothing has changed since the last time the planning committee was minded to reject the proposal.”

“I would have thought that whatever decision made by an unelected official [the chief executive] would have been consistent with the decisions of the planning committee, which are all elected councillors.”

Simon Hinson, a local resident, said “The committee had actually visited the site and had a longstanding understanding of the development, but it was left to the chief executive who probably only came to this recently.

“This has left local people furious. You would not believe this is how democracy works.” He is investigating taking legal action, saying that “legal challenge is the only option that’s available.”

Due to Covid-19, Manchester City Council suspended the planning committee and delegated powers to the chief executive Joanne Roney, alongside planning committee chair councillor Basil Curley and deputy chair councillor Nasrin Ali. The Manchester Evening News reported that the councillors had said they took this approach because delegating power to just the chief executive made them feel “uncomfortable”.

However, according to the council report, the application was not supported by Cllr Curley who said he was “seriously concerned” that the development had already been minded to refuse twice by the council’s planning committee and that he considered there was “danger” in overturning the previous planning committee decision.

Cllr Ali is reported as not wanting to support the application on aesthetic grounds but, based on the advice of the technical assessments, understood there were unlikely to be sufficient planning grounds to refuse.

The report twice states Hulme Cllr Lee-Ann Igbon no longer opposes the application. Cllr Igbon told The Meteor: “I didn’t support the application but I also didn’t oppose it because I knew it was going to go through and the only way to challenge it would be to look at the process afterwards. In hindsight should I have put something in [to oppose the application], probably. Would it have changed anything? No.” She says she and Cllr Wright are investigating ways to challenge the process, including putting in a complaint.

There have been two applications to build on the site of the former Church Inn on Cambridge Street. London-based developers Alumno Group first submitted an application for a 12-storey building in November 2018, which planning committee first refused in April last year and then again in August. Alumno Group then submitted the current application in December. Planning committee ruled that it would be minded to refuse the application, against the recommendation of the planning office, because the building would block out light from local residents’ windows and due to access issues.

Cllr Annette Wright says she sees no reason why the council needed to make a decision on this application last week. “No one explained to me what the rush was,” councillor for Hulme ward Annette Wright told The Meteor. “There were vague statements about dates having to be met, but there was no compelling reason for the application to be decided upon last Wednesday by the chief executive.”

Local resident Simon Hinson agrees: “You can understand the need for emergency powers for some situations, but at the moment when student halls all over Manchester are totally empty [due to Covid-19], and according to the university not expecting to fill up for years, I cannot see how this was needed to pass under emergency measures. It has left a really bad taste in the mouth. It is a preposterous decision.”

The education sector is forecast to be one of the hardest hit sectors due to Covid-19, with universities anticipating an 80% drop in foreign student enrollment. International students, who pay significantly higher fees than domestic students, account for 19% of Manchester University’s student body and 5% of Manchester Metropolitan University (MMU).

Even if the council did need to make a decision this week it is not clear why it did not hold a virtual planning committee meeting to decide on the proposal. According to the council report about the decision, a “discussion took place about whether this matter could or should be deferred to the next sitting of planning committee.” It goes on to state that it would not be “appropriate” to defer the decision until such time because it was “not currently known” when planning committee would next be able to sit and would lead to too much “uncertainty”.

However, an investigation by The Meteor found that councils around the country had moved to online decision making in order to maintain public scrutiny of planning. Because of this an open letter signed by Greater Manchester Housing Action (GMHA) and several residents groups called for the reinstatement of the planning committee.

Campaigners have criticised the council’s emergency planning arrangements for being undemocratic. The Sunday Times reported that concern is growing that the emergency powers will be used to pass controversial decisions “behind closed doors”, including a £350m concert arena next to Manchester City football club’s stadium.

In a statement to The Meteor, GMHA said:

“The decision by the planning trio on Wednesday confirmed our fears about the effects of the suspension. The impact of these decisions will be felt by the working class community of Hulme for many years to come – in the form of rising rents and community displacement.

“On the agenda for city planners over the coming months are a number of developments, which demand democratic scrutiny. In particular, we point to the fears expressed in the Sunday Times regarding the £350m east Manchester development, which will have a huge effect not only on the communities of east Manchester but on businesses and jobs in the city centre.

“This cannot be waved through by unelected council officers under the pretext of the crisis – we demand the planning committee be reinstated. We will continue to mobilise a broad movement to exert pressure on the council to reinstate its democratic processes.”

Hulme’s residents worry more broadly that they are being shut out of planning in their local area. “People feel very strongly Hulme has been annexed by MMU without due consideration of the effects on the local community,” Hinson told The Meteor. “You really feel you have been left out of the process.”

A report published in January by the Building Better, Building Beautiful Commission, an independent body advising the government on how to promote and increase the use of high-quality design for new build homes and neighbourhoods, highlighted a fundamental democratic deficit in land use planning in the UK. The report recommended putting planning “under effective democratic control”, so that a higher proportion of new developments were “beautiful, popular, regenerative of existing places and aligned to measurably higher well-being outcomes for residents.”

“We should be offering the public a voice in planning decisions from the very beginning of the planning process,” the report said, “and with a view to adapting the result to the needs and desires of the local community, both existing and incoming.”

By Alex King and Andrea Sandor

This article was updated on 13th May to include a comment from Cllr Igbon. To read The Meteor’s previous coverage of property development in Manchester – click here