Fifteen die homeless in Manchester over last 18 months, figure rises to 796 across the UK 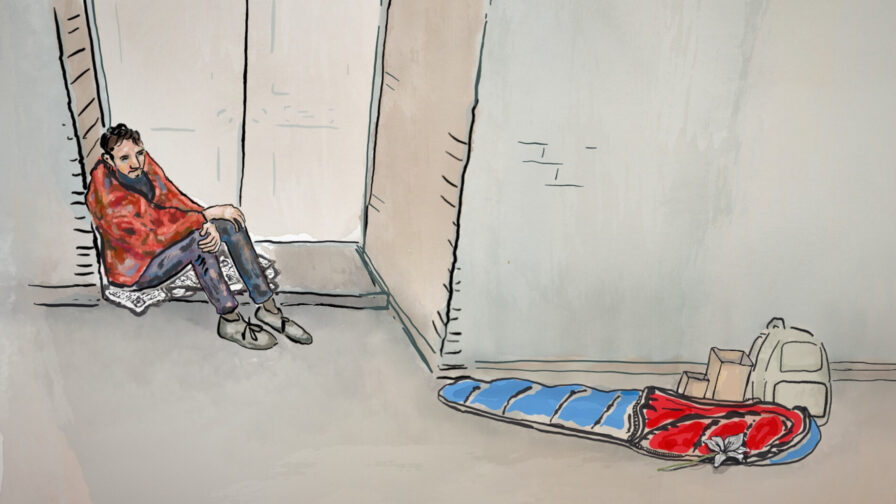 The death toll of homeless people on the streets of Manchester has risen to 15 over the last 18 months. Across the UK the number of victims of the housing and homelessness crisis comes to 796, according to information gathered by The Bureau of Investigative Journalism (TBIJ).

Working alongside researchers at University College London (UCL), the TBIJ also discovered that homeless people are much more likely to die from treatable and preventable illnesses than those in poverty but with a roof over their head.

The TBIJ used the definition of homelessness used by the charity Crisis, this included: people sleeping rough, those registered as statutory homeless by their local authority and those who are living long term as “hidden homeless”, e.g. sofa-surfing. The information was collected in a collaborative investigation involving local journalists, publications and homeless organisations across the UK.

The first counts of homeless deaths occurring from this investigation were published at the 12 months mark last October. At that time this was the only attempt to count homeless deaths across the UK as there were no official national statistics published. The Meteor reported then that the death toll across the UK came to 449, with 15 deaths across the North West and nine deaths in Manchester. The release of information jolted the Office of National Statistics into action to release their own statistics on the subject.

At the 18 month mark, the TBIJ’s investigation showed the homeless death toll at 796, with 27 deaths across the North West and 15 in Manchester. One of the casualties of the housing and homelessness crisis in Manchester was female, and the recorded ages ranged from 21 to 67. Some of the dead remain unidentified, as can be seen in the list of those who died while homeless in Manchester below:

Matt Downie, Director of Policy and External Affairs at Crisis said of the new figures on homeless people dying:

“Eight hundred people dying homeless is unacceptable – we have the solutions to ensure no one has to spend their last days without a safe, stable roof over their head.  By tackling the root causes of homelessness, like building the number of social homes we need and making sure our welfare system is there to support people when they fall on hard times, governments in England, Scotland and Wales can build on the positive steps they’ve already taken to reduce and ultimately end homelessness.”

The average age of death, in all homeless people included in the TBIJs data, was 49 years old for men and 54 years old for women. The data collated by UCL academics shows that many of these early deaths could have been preventable with the appropriate medical attention. They investigated close to 4,000 medical records for 600 people that died between 2013 and 2017 in English hospitals; who were homeless when they were admitted. The homeless group was then compared to another group that had somewhere to live but were in the lowest socioeconomic bracket.

The biggest killer of the homeless group was cardiovascular disease, which includes strokes and heart disease. Strokes accounted for a tenth of the deaths – and the researchers found homeless people were twice as likely to die of strokes than the poorest housed population. A fifth of the 600 deaths explored by UCL were caused by cancer. Another fifth died from digestive diseases such as intestinal obstruction or pancreatitis.

The number of people living on the streets has risen by 165% since the Conservatives came to power (in 2010 coalition), more than 500 die sleeping rough each year and 82,000 households are homeless across the country. Manchester has seen a steady rising trend in rough sleeping since 2010 when a count of 7 was recorded, to 2018 when the count came to 123, a 17 fold increase.

“No one is meant to spend their lives on the streets, or without a home to call their own. Every death on our streets is too many and it is simply unacceptable to see lives cut short this way.

“That’s why we are investing £1.2bn to tackle homelessness and have bold plans backed by £100m to end rough sleeping in its entirety. Councils have used this funding to create an additional 1,750 beds and 50 rough sleeping support staff.

“I am also committed to ensuring independent reviews into the deaths of rough sleepers are conducted, where appropriate – and I will be holding local authorities to account in doing just that.

“And to stop people from becoming homeless in the first place, we’ve changed the law to require councils to provide early support for those at risk of being left with nowhere left to go, are boosting access to affordable housing, and making renting more secure.”

Brokenshire emphasises government’s delegation of the responsibility for dealing with homelessness to local councils, but the money promised falls far short of the money already taken away from local government budgets. Since 2010 Manchester’s budget alone has been reduced by £372m. Manchester’s Housing Services Budget, which provides support for those who are already homeless and prevents people from becoming homeless, stood at £67.5 million in 2009/10. By 2017/18 this had dropped 66% to £23m.

Downie is critical of this and previous governments’ response to the homelessness crisis, saying:

“To know that so many vulnerable people have died of conditions that were entirely treatable is heart-breaking. What’s worse, we’re unable to learn the lessons needed to prevent these senseless deaths from recurring. Governments must urgently expand the systems used to investigate the deaths of vulnerable adults to include all those who have died while homeless,”

Lest we forget – the collaborative data on homeless deaths collected by TBIJ and its partners is being handed over to the Museum of Homelessness which archives, researches and presents information and stories on homelessness.

The data used to produce this article was collated by the TBIJ and collaborating journalists, academics & organisations across the UK.

Read: Victims of an unjust housing system must not be targeted by Public Space Protection Orders

Read: Is Burnham’s A Bed Every Night scheme enough?