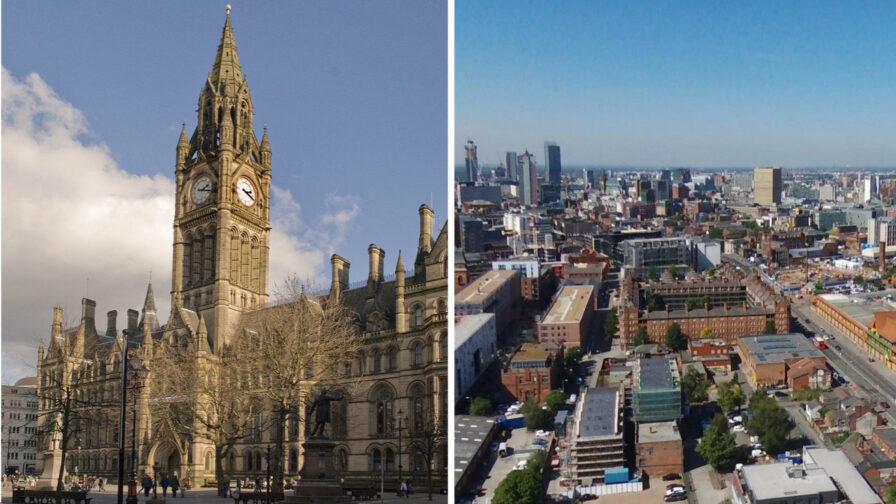 Manchester City Council has sold off more public property than any other local authority in less than five years. In total 673 properties were sold between 1 April 2014 and 31 July 2018. During that same period the council bought only 165 properties. The scale of property sell-offs in Manchester and across England shows how the austerity-driven local government funding crisis is grinding down councils across the country who are being forced to sell public buildings and spaces to make ends meet.

The data was collated by the Bureau of Investigative Journalism, which submitted Freedom of Information requests to all local authorities in England; 292 responded with the number of properties they had sold.

The list of the top 10 authorities for selling property is included below. Sales in Manchester are nearly double that of the 350 properties listed for 2nd place Cornwall, and just over double that of the similar sized city of Birmingham who come 3rd. Collectively, the 292 councils who responded have disposed of more than 12,000 public assets, including buildings and land, for a total of £9.1 billion.

Tom Watson, deputy leader of the Labour Party and Shadow Secretary of State for Digital, Culture, Media and Sport, said of the property sales:

“Council budgets have been cut to the bone by almost a decade of Tory austerity. As a result, we’re seeing cash-strapped councils taking desperate measures to balance their books.

“Selling off public assets like our local libraries is a false economy that leaves our communities poorer. Our shared community spaces are vital for accessing resources, support, and combating loneliness.

“Responsibility for these cuts lies firmly at this government’s feet. They should take urgent action to end this austerity programme.”

During that same period Manchester council purchased 165 properties, just a quarter of the numbers sold. Of those properties 58 (35%) had a listed price, totalling £25,199,356. The data gathered on property sales by local authorities was previously collected by TBIJ, and reported on in The Meteor last December.

The high number of properties sold in Manchester can partly be explained by the 428 sold that were listed as Right to Buy, under which councils are obliged to sell social housing at a discounted rate to tenants who have lived there for at least 3 years. However, the rate of loss of social housing in Manchester and the surrounding region is far outstripping its replacement, contributing to the increasing housing and homelessness crisis.

No social housing has been built in Manchester in the almost five years this investigation covers. Since 2012 there have been 5,000 council houses sold under Right to Buy across Greater Manchester, but not a single house has been built to directly replace them. Plans have recently been announced that 110 social (around 60% of market rent) and affordable (80% of market rent) homes will soon be built in Collyhurst.

The most expensive property sold by Manchester was a car park adjacent to 7 Travis St in the city centre which went for £4m to Mayfield Development (General Partner) Limited. The next most expensive sale was Land at Platt Lane Complex on Yew Tree Road, which sold for £3.1m to Manchester Metropolitan University.

At the other end of the expense scale, two schools went for £1 each. All Saints Primary School on Endcott Close was sold to the Homes and Communities Agency. St Mary’s RC Primary School Clare Road was bought by Salford Roman Catholic Diocesan Trustees Registered.

Other sales included care homes and churches in Manchester, but the buyers of many of the properties remains a mystery. The 428 Right to Buy properties, sold to individuals or families, understandably don’t have buyer details listed. For the remaining 245 properties, 209 (85%) did not have a buyer listed, nor was there any indication of whether an individual or a company had bought it, severely restricting the public accountability of this mass sale of public property.

Manchester City Council were contacted for comment regarding the high number of properties sold across the city and the lack of buyer information present on these sales. The council had not replied at the time of publication.

*Any differences in the figures for Manchester between the online map and this article are due to the map containing data from financial year 2013/14 which has not been included in this article.

Previous to the onslaught of austerity, money made from selling public assets could only be used to fund the cost of buying new ones. These rules were relaxed in 2016 when Chancellor George Osborne allowed local councils to spend the proceeds on cost cutting measures such as investing in new technology, making workers redundant, sharing back-office functions with other authorities, or other reforms which have upfront costs but reduce spending in the long-term.

Nationally TBIJ identified a clear trend in councils that had used the proceeds of property sales for cost cutting measures. The average number of redundancies was 75% higher at councils making use of the new spending powers than at those which didn’t.

Some of the employees at Manchester City Council may be thankful that the council has not used property sale receipts for cost cutting measures. In the two tax years (16/17 and 17/18) following Osbornes relaxation of the rules, MCC made 74 redundancies, a measure that could have been considerably higher if the council had applied the new rules. Whether future generations and auditors will be complimentary of this mass fire sale of public assets remains to be seen.

TBIJ collaborated with local journalists/newspapers across England and HuffPost UK to publish this investigation. To follow development across the country on social media use the hashtag #SoldFromUnderYou.

Watch out this week for more articles from The Meteor, and others, concerning the #SoldFromUnderYou investigation