Trafford council spends £38m on investment properties: are they ‘gambling’ with public money? 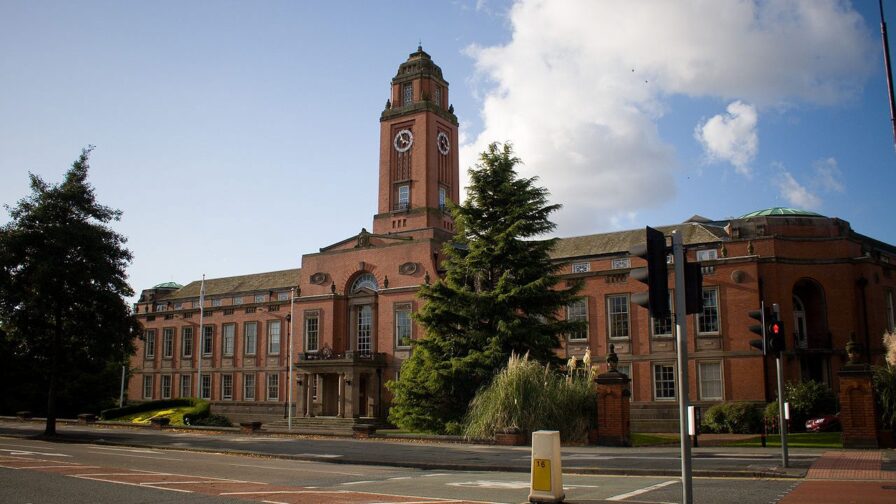 An investigation into speculative property deals by local government, show the practice is increasing rapidly across England, as cash strapped councils try to survive austerity cuts. Vince Cable, leader of the Liberal democrats described these types of investments as “gambling” and that there was “a very high risk of bankrupting their local authorities”.

Amongst the data, produced by the Bureau of Investigative Journalism, Trafford Council stands out in Greater Manchester for borrowing £37,925,000 to fund these investments, an amount equal to 42% of its £383,542,000 net expenditure for 2018/19.

Two of these investments are in different boroughs, a pattern of property investment becoming increasingly common for councils across England. One is a building let by Swiss hearing aids company Sonova on Lakeside Drive in Warrington, which Trafford Council paid £11,425,000 for. The other involves a building on Blackpool Road in Preston housing a Currys and a PC World retail units. The council paid £16,350,000, for this building which is currently let by the high street retailers parent company DSG Retail Limited. One of the Trafford council’s investments was £10,150,000 paid for the Grafton Centre, on George St, in Altrincham which is within the council’s jurisdiction.

The government’s own data show’s that this model of speculative property investment is becoming increasingly common in councils starved of cash due to austerity cuts. The amount of central government funding to local authorities has fallen by half in real terms since 2010, according to the National Audit Office. The number of councils investing in real estate, over the last two years, has doubled. In 2017-18 councils spent a total of 1.8 billion on investment properties, a six-fold increase of spending compared to 2013-14.

A spokesperson for the Local Government Association (LGA), said: “The money local government has to pay for local services is running out fast and there is a real and growing uncertainty about how local services are going to be funded beyond 2020.

“With councils facing an overall funding gap that will reach £7.8 billion by 2025, they have had to look for new ways to generate revenue. Councils have been encouraged to find ways of protecting services by generating income from alternative sources… In doing so, they have to follow strict rules and assessments to ensure they invest wisely and manage the risk of their investments appropriately”

The Public Works Loan Board

Local government is able to speculate on property this way due their ability to borrow from the The Public Works Loan Board (PWLB). A government body, which offers councils low interest loans without doing an assessment of the councils finances. The PWLB says the responsibility for the loans lies with elected councilors who are advised to have regard for the Chartered Institute of Public Finance and Accountancy (CIPFA) guidelines on lending. This guidance is not binding and there is no upper limit on borrowing. This is equivalent to a mortgage lender agreeing to give a person any size mortgage they wanted without checking their annual salary and limiting the loan to five times that amount. New guidelines aimed at discouraging councils from borrowing money in order to speculate were introduced by the government in April. The BIJ data shows that despite this guidance over 40 councils invested hundreds of millions of pounds since the new guidelines were introduced. No date of acquisition was included in the data for Trafford’s three investment properties.

A spokesperson for Trafford Council said:

“The Council bought the properties in order to provide a steady income stream for the Council, which can then be invested in front line services.

“The money for the investment was borrowed from the government, via the Public Works Loan Board. The properties were identified by real estate and investment specialists CBRE, who are the Council’s investment advisers.”

Investments may go up as well as down, and property investments are no exception. Don Peebles head of CIPFA, thinks that these investments built on loans could backfire, saying:

“If you look at the most extreme examples, there are public services used by vulnerable people which are dependent on how well rental income in the property market is doing…This is a risk that local authorities have never been exposed to before and you have to ask whether they are equipped to handle that risk.”

The governor of The Bank of England, Mark Carney, warned that a no deal Brexit could result in a crash of the property market. Overextended councils would then struggle to pay their debts and maintain services, with a bail out by central government becoming increasingly likely.

Spelthorne Borough Council in Surrey. It was identified by TBIJ as the biggest spender in England on investment properties yet has the 15th smallest budget in England. It has acquired a £1 billion property portfolio by borrowing money from the PWLB, this is 46 times higher than their annual budget of £22m. Spelthorne has in three years gone from having no debt to borrowing £1 billion. Property purchases by Spelthorne include £392m for a BP business park in Sunbury and £285 million for three office blocks in the Thames Valley.

The only councils to have larger loans are two of the biggest local authorities Leeds and Birmingham. Spelthorne’s council leader reports being confident in the soundness of the investments but the councils auditor KPMG has yet to sign off the accounts for the last two financial years. The investigation by TBIJ also identified Eastleigh, Runnymede and Woking as three councils that have loaned more than ten times their annual budget to finance property deals.

The data was gathered by sending Freedom of Information requests to all 353 local government organisations across England. Of those 309 provided information on assets they had acquired since the 2014/15 financial year, although not all councils provided all the information asked for.

Other Greater Manchester councils that were identified as having property investments were Bury and Bolton. The Crompton Place Shopping Centre in Bolton town centre was the councils only listed investment at £14.8 million. Bury has five investment properties totaling £7.9 million, three of these are out of the borough, one each in Lytham  St. Anne’s, Huddersfield and Manchester.

Manchester City council did reply to the BIJ’s FOI request but did not disclose whether any of their property purchases, all within the borough, were classed as investments. The council returned details for 182 properties, which was the second highest figure for a local authority to return. Birmingham was the highest with 190 property deals returned, which also did not designate whether the deals were investments.

One property deal listed in Manchester’s FOI response that could be considered an investment was the purchase of the Bootle St Police Station, which was bought from the Police and Crime Commissioner for Greater Manchester’s office for £2.5 million. The heritage building was controversially included in Gary Neville’s St Michaels hotel skyscraper development in the city centre. It will be destroyed during the development. Allegations of a conflict of interest were leveled at the council as it was deciding on a development proposal that the council could benefit from financially.

The Bureau’s investigation highlighted the process of selecting these investment properties is often characterised by a lack of transparency. The deals are often made during meetings where the public and press are excluded, making it unclear who provides and profits from the advice.
Manchester City Council has previously withheld details of property development deals with the Far East Consortium (responsible for the Northern Gateway development) and Sheik Mansour, the owner of  Manchester City FC.

A survey by YouGov, the results of which were shared exclusively with The Bureau, states that most people expect their local governments to be transparent in dealing with commercial investments.

When local councils invest funds in commercial properties or land, do you think each of the following should or should not have to be made public? The majority of the public thought greater transparency was a good idea, as illustrated in the image below:

Neil McInroy, chief executive at Centre for Local Economic Strategies based in Manchester, believes that councils are doing what any institution has to do to make the most of their financial potential, saying:

“Obviously there is a need to ensure that best return is made on council resources. And it would be foolhardy for a council to invest its monies or pension pots in local investment, which bring poor return. However, wherever possible relatively small amounts could be utilised more locally. Perhaps with sub optimal return, but could accrue wider local social development”.

With austerity cuts set to continue slicing away at local authority budgets the Local Government Association says councils have little option but to look for different sources of funding. A spokesperson for the LGA said:

“Councils face the choice of either accepting funding reductions and having to cut services as a result, or making investments that can secure those services in the long term.”

Robert Evans, a Labour county councilor for Surrey, is particularly worried for Spelthorne and other local authorities over extended with investment loans, and believes this amounts to mortgaging the services the citizens of these local authorities rely on:

“All of these investments would be fine if we knew the economy was definitely going to be okay. But we had the Governor of the Bank of England saying that if things go wrong prepare for a financial downturn.”

A previous bad experience of councils, including Surrey, being over invested in Icelandic banks before they collapsed in 2008, is raised by Evans:

“I don’t think it’s the role of local councils to be playing the property market with taxpayers’ money…What happens if it goes wrong? It wasn’t that long ago that Surrey County Council had their fingers burnt because they had money invested in Icelandic banks, which seemed like a good idea before they crashed.”

Investing councils say these properties have been carefully assessed and cost-managed, involving reliable tenants. While they need to spend modestly to gain extra income, they maintain the risks are manageable. But if Brexit’s bite proves as bad as it bark, these overextended councils face the possibility of having to go cap in hand to central government for a bailout.

TBIJ story based on this data – The public service gamble: Councils borrowing billions to play the property market