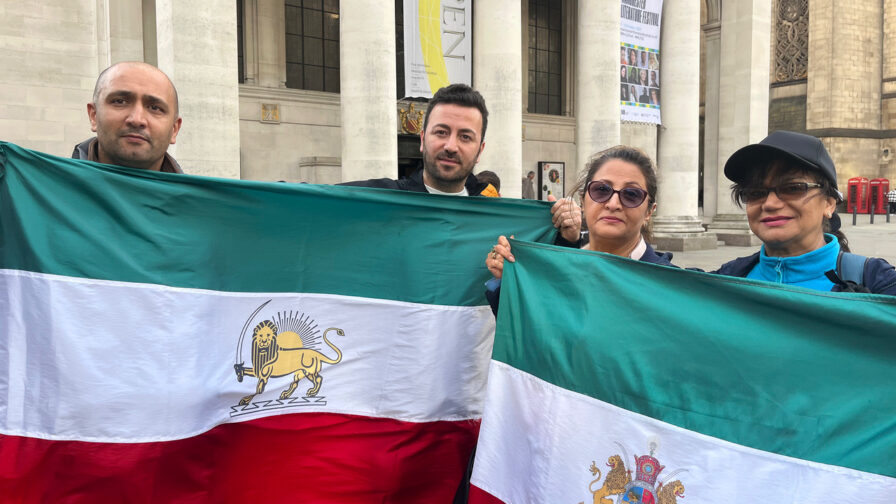 These are Iranian-born Niloo’s words, at the demonstration for Iranian women's freedoms, outside the Central Library, on Saturday 22 October in Manchester. The protest was the eighth such gathering in the city in the 36 days that have passed since the death of Mahsa Amini, a 22 year old woman in Iran.

As reported in the Meteor, the death of the Iranian Kurdish woman killed by security forces over
‘improper hijab’, has led to widespread protests throughout Iran and the world.

Niloo, who was born in Tehran, and has lived in Bury since the early 2000s, expressed her gratitude
for the support from the people of Manchester. However, she feared that there would be no real
change in Iran without a change of regime.

“We need to separate religion from government and have a true democracy for our freedom.”

Niloo said that, since she had left Iran, the authoritarian government had become even more strict
and she now called for greater sanctions and actions from the UK and other Western
governments, including the closing of consulates and embassies.

Niloo also appealed for the public to keep up their support and attendance at demonstrations to
help show those struggling for freedoms in Iran that they are not on their own.

“We ask people to share their information on demonstrations via social media. Even though the
Iranian government tries to shut this down, some of it gets through and shows that the world is
supporting those protesting in Iran.”

Niloo uses her Instagram to engage with people, including giving out free hugs on Manchester’s
Market Street, to help raise awareness and show the people living in Iran that they have growing
global support for their struggle.

“In terms of how we can help them via social media despite the clampdowns, people in Iran are
using VPN and web proxy to bypass filtering. When young people in Iran see we support them
outside Iran, they feel hopeful and it gives them courage to continue.”

“People are now happy, knowing the world has seen their bravery and finally realised Islamic
republic of Iran is not the real Iran! Iran should be defined by the people who have been fighting
for democracy for decades.”

“They are still killing, beating and arresting protesters, teachers, students, civil and political
activists as well as making threats to well-known figures who can influence people. We shouldn’t
let them do this in the silence of media and near total blackout of the internet.”

With the UK facing its own, if somewhat less acute, political turbulence it is a testimony to
Manchester’s political heritage of civic protest for basic freedoms that Mancunians have shown
such support for those facing human rights abuses in Iran.

Across from Saturday’s protest outside the Central Library, in St Peter’s Square, Manchester, the
statue of Emmeline Pankhurst is a prophetic reminder to those who think that universal freedoms
can be suppressed indefinitely.