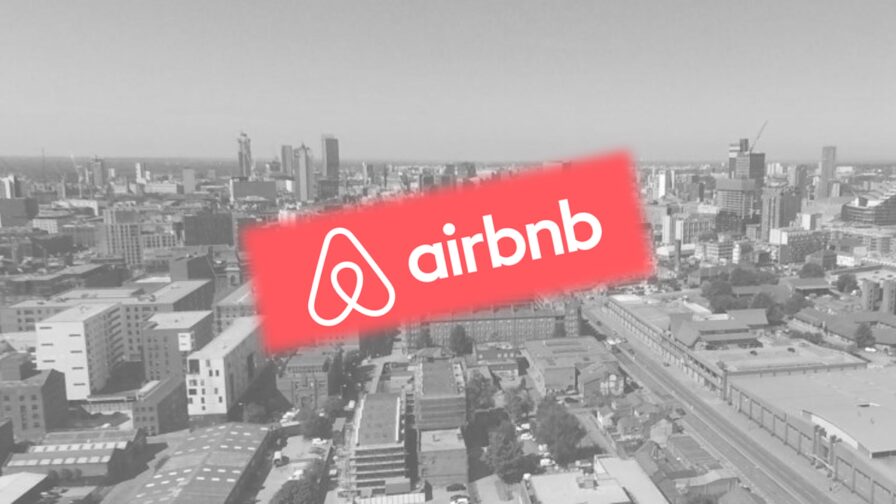 At least 55% of all Manchester Airbnb listings are owned by landlords with more than one property, according to the report.

A new report raises concerns about the proliferation of Airbnb and other short-term letting platforms (STLs) in Manchester after finding that Airbnb listings skyrocketed by 226%.

The report’s authors note the dominance of Airbnb in Manchester by professional landlords. At least 54.9% of all the city’s listings in October 2020 were owned by landlords with more than one property.

There’s a big incentive for landlords to turn their properties into Airbnb listings, according to the report. Whereas a landlord could charge £750 per month for a two bedroom flat in Hulme they could make £936 per month if they had people staying in the house for 18 days of the month, or £1,248 per month for 24 days of the month.

“Airbnb continues to promote the ‘sharing economy’ narrative,” the report states. “But eleven years on, this founding mantra has worn thin.

“The core claim that Airbnb allows people to ‘share’ parts of their homes that might otherwise not be used, or when they are unable to live there, continues to run through all the company’s promotional materials and its media defence. But the proportion of listings on the platform which correspond to the sharing narrative are tiny.”

The report’s authors warn that, if pre-pandemic growth trends were to continue at the same rate, Airbnb could shut out more than 4,000 households or 9,400 residents by 2030. In Manchester there are 12,893 households on the social housing waiting list in 2021.

Far from enriching communities through the influx of tourists, Airbnb has caused anti-social behaviour and disruption to neighbours, the report argues.

One resident from Moss Side, where the researchers found 167 listings as of February 2020, told the researchers “it’s like a nightclub next door”, which was an Airbnb listing.

Another resident from the same area said there was a total lack of accountability of commercial short-term rental (STR) landlords. “This Airbnb next door, I don’t know who owns it. So who do I address problems to?” he asks. “Normally if there is a nuisance problem you can hold someone accountable and there can be some kind of a grievance procedure.” The same resident said Airbnb “seems to have the council’s blessing”.

Manchester city council said it “shared the concern” of the report’s authors around short term lets, and recognised there could be a potential tension between tourists and locals. A council spokesperson said:

“In recent years Manchester has become a very popular destination, which has led to significant growth in the short-term rental market. But this must be balanced and appropriate for the community that the properties are within.

“We understand that there can often be conflict between long-term residents and people using short-term lets – such as noise nuisance and waste issues – and we actively encourage residents to report these issues so our teams can follow-up with property owners and managers to address issues at source.”

What could Manchester city council do?

Councils do not currently have the power to curb Airbnb, because Airbnb listings are in the same planning class as ordinary homes.

“Unfortunately, current planning legislation is such that there is little difference between short-term lets and residential properties in terms of permissions for use, and there has been little appetite at a national level to change legislation that would allow local authorities to act further,” a spokesperson said.

“This means the council is often unaware when a property is being used as a short-term rental – which makes local insight from residents vital in making sure that where they are operating and well managed. We have built up a database of short-term rentals using vital intelligence from local residents, which has allowed us to tackle issues directly with property owners.

“However, we have made moves as part of Council-built developments to include covenants that restrict owners from using properties as anything other than traditional residential homes, in a bid to stop communities being broken apart by holiday lets.”

In 2010, the government introduced legislation to separate Houses in Multiple Occupation (HMO) – where three or more unrelated people sharing a single home – from ordinary houses and put them in their own planning class. Local authorities could then decide whether or not they needed to bring in local rules to demand planning permission for any changes from an ordinary house to an HMO.

“If short-term lets were given their own use class in the way that HMOs were, they could be legislated against, with local plans defining the circumstances in which councils would allow and refuse them, such as areas of high concentration or areas of housing need,” a GMTU spokesperson said.

The reports authors call on Manchester’s political leaders and their GM allies to “lobby national government to facilitate a properly enforceable regulatory approach” like a mandatory registration system requiring hosts to apply for a council permit or licence for entire-home listings, and rules stipulating that platforms only accept advertisements and transactions from registered hosts.

Compulsory registration has been effective in curbing Airbnb’s proliferation in other European cities, they point out. Barcelona, for instance, succeeded in cutting the number of STRs by 70%.

The report authors also make recommendations on how to handle Airbnb listings after they’ve been set up. They highlight Oxford and Cambridge as cases of councils effectively blocking STRs through enforcement notices.

They recommend the council making the process of informing the council as straightforward as possible by meeting with local residents, community groups and others affected by STR and keeping them regularly updated on what is being done to curb nuisance and safeguard their neighbourhoods, as well as providing a named main council point of contact for residents who are adversely affected by STRs.

The authors also draw attention to Manchester council’s ongoing attempts to negotiate a “charter” with the Short Term Accommodation Association (STAA) which represents companies like Airbnb. This would set out best practice for hosts, and emphasise the shared responsibility of hosts and their guests to the local community. The researchers reject this as “unenforceable.”

“We are calling for Manchester city council to act to prevent further rapid growth of the destructive commercial sector and restore short-term rental activity to legitimate letting of spare rooms to paying guests.”