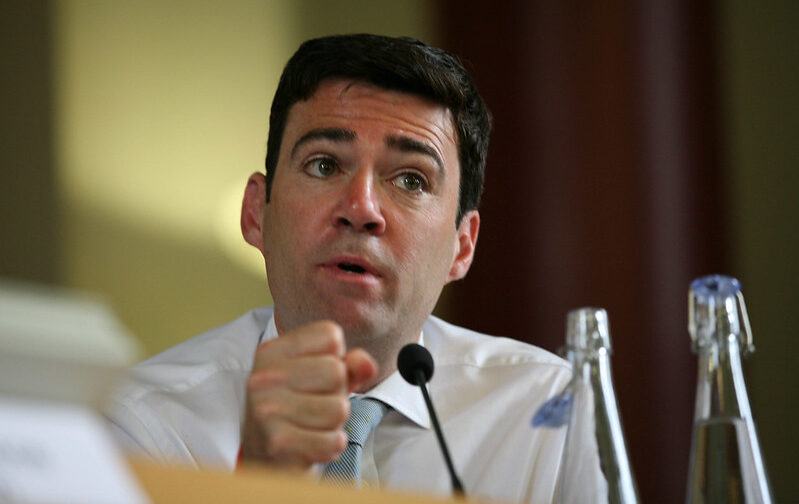 Successive governments have failed to solve the crisis of social care, says Burnham, who thinks the government’s election promise breaking announcement today to raise taxes to pay for care are ‘a flawed, unfair policy’ that will not ‘stand the test of time’ and will prevent integration of health and social care under the NHS.

Andy Burnham has accused the political system at Westminster of ‘political cowardice’ for its failure to solve the social care crisis, blaming both successive Labour and Tory governments.

Boris Johnson promised to “fix social care” during the 2019 general election campaign, and said that they had a plan to do so, which has so far remained unseen. Today is the day that plan is announced, which the Guardian confirms is a 1.25  per cent increase to employer and employees National Insurance contributions, expected to raise £600m a year to help pay for NHS treatments and social care. The plans have also been reported as limiting the social care costs a person has to pay during their lifetime to a maximum of £80,000.

Burnham said the government’s plans were a “flawed, unfair policy” that would not “stand the test of time” and went on to say:

“What they are doing today is trapping social care in a different funding system with charges and means testing, which means true integration with The NHS will never be fully achieved and an efficiency opportunity is lost.”

Burnham also criticized Johnson’s election pledges regarding social care and not raising taxes, saying, “you shouldn’t make those pledges knowing there may be difficult decisions, if you’ve got a plan for social care and you stand on the steps of Downing St. pronouncing so you need to be clear where that money is coming from.”

On the Today programme Burnham also defended his previous proposal for funding social care, while he was in government as Labour’s health secretary, which involved taxing people’s estates on their death. The proposal was rejected by parliament. Burnham said:

“I stand by it. I think it’s a much fairer way to do this. I would have asked all pensioners to make a contribution, so 10% of their estate. And that would be to introduce the NHS principle to social care, because everybody would be required to contribute. But then everybody would benefit, and no one would have the threat of catastrophic costs hanging over them.

“And actually that 10% is a better deal than paying up to £80,000, which is what the government might announce today. So for the vast majority of people they would get Peace of Mind, at a much lower cost.”

“And it’s just frustrating to me The way you know the Westminster system has never had the sort of courage to confront this issue. We’re in this position to be honest because of political cowardice from a generation of politicians on all sides and it and it really pains me.”

A wealth tax was also a solution presented by Burnham as one facet of a range of measure which could be used to pay for social care, including a raised threshold for capital gains tax, and a higher income tax band for high earners. Burnham also questioned the effectiveness of the £80,000 threshold, and the failure of the plans to address employment issues with the social care system saying:

“Is putting a cap on a broken system a solution? Because it will still leave millions of staff in social care on poverty wages and the real insult is they will now be asked to pay tax to protect older peoples assets, often who have much more money than they do. How can that possibly be fair? So this solution does nothing to invest in the workforce of social care, which is the single biggest thing in my view that would raise standards in social care.”

Alongside poor pay and conditions for social care workers the Centre for Health and the Public Interest (CHPI) have identified inefficiencies in our social care system due to the widespread provision of care by large private providers, who maximise their profit extraction by using profit shifting mechanisms through complex company structures that allows them to avoid paying taxes.

In a 2019 report, CHPI identified 18 of the largest private equity owned for profit providers of social care, showed that for every £100 received in government funding £15 was profit shifted away before tax was paid, which CHPI calculated was responsible for £560m in profits that were not declared for tax.

The government’s full announcement on social care plans will be made at 2pm today in the House of Commons consideration of the Health and Care Bill.