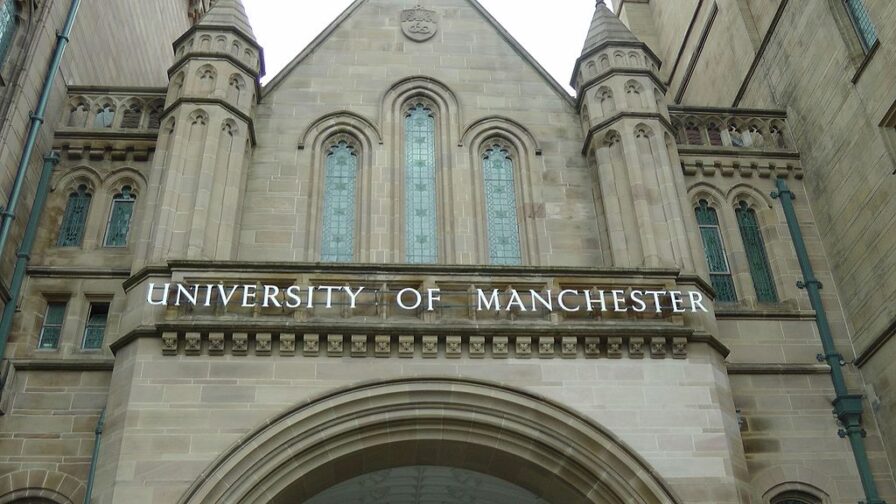 Exam invigilator Steve Hanson reveals the lockdown induced ordeal he has been through at the University of Manchester, and questions why it took over 100 days for invigilators to find out that they were not eligible for any compensation.

Steve Hanson has a PhD from Goldsmiths, is a book author about small town austerity Britain, has appeared on BBC 4 and is a university lecturer. But like many other academics he has found himself to be a victim of the casualisation in higher education that is now being exacerbated by Covid-19.

To make ends meet, Steve has found himself juggling multiple jobs, as universities put researchers and lecturers on short term contracts with limited employment rights and hourly pay rates often with no guaranteed number of hours to be worked.

A University and College Union (UCU) report in June 2019, Counting the costs of casualisation in Higher Education, found that many academics, 61% of 3,802 the casualised higher education staff surveyed, are forced to work multiple jobs.

One of Steve’s jobs is exam invigilator at the University of Manchester where he had already done a full stint of two weeks at the end of February this year, most days spent with 700 students a day, handling the pencil cases and calculators of almost every student.

Steve reports that a larger number of students were wearing facemasks this year than they were the year before. The University of Manchester has around 40,000 students, with around one in eight being Chinese. The wearing of facemasks in East Asian communities was more common prior to Covid-19 but saw a significant increase as the coronavirus outbreak developed in Wuhan City in China. Wuhan has been Manchester’s sister city since 1986, and has strong links with the University, who issued cautionary advice to students and staff returning from Wuhan on 22 January.

He fell ill after his two weeks invigilating, with a “nasty hollow chest and deep tiredness” and suspects he may have had a mild case of Covid-19. Steve says, “I want to avoid the horrible nationalism coursing through the COVID-19 crisis. I have no truck with that at all. The point I am making is that invigilation work is very hands-on, more so than most lecturer work, and it is not risk-free.”

The next exams were set for May/June, and Steve, along with others, were chased by the University’s Human Resources department to commit to days and times for the next set of examinations and sign time sheets to confirm their commitment . Along came the Covid-19 lockdown and conventional exams at the University were cancelled on 17 March.

Fearing that he was not now able to work at exam invigilation, he contacted the university to find out what possible financial compensation could be provided for himself and the other invigilators. He thought the 80% furlough scheme might apply to him or some other help would be available. Hoping to find out quickly so that he could plan out how to deal with his financial obligations.

He emailed the exam office on 22 March to ask for the provisions for compensation for the lost work, explaining that he was in “a state of financial disaster without the work.”

The university’s exam office told him the human resources department would get back to him. During repeated communications with the university he was continuously told that a response would be coming. Steve found that though he was told in a university email that “invigilators have and will always be viewed as highly valued colleagues and are critical to campus based examinations” , this was in contrast to the continuous comment, “the situation is still under review”.

Hanson, says that since “we had all signed and committed to the [invigilation] work, well before the cancellation, we were all technically under-contract.” Steve had signed and returned the contract on 5 March, announcement was made on 17March that exams would be cancelled.

Another University invigilator Dymphna, not her real name, also finds herself relying on part time work, and told The Meteor that:

“Meanwhile as university summer exams were abandoned, the work I had been relying on for some of the summer was also cancelled, and an email from the invigilation team informed me that the offer of work was no longer on offer. Like dominos and like millions of others I found myself with no work at all and no income.”

Hanson says he emailed the University four times since 22 March, never receiving a response. He told The Meteor:

“As it turned out, we were denied that most basic of dignities – an informative response about what was happening. Lockdown is effectively over tomorrow [4 July] and still there is no response. To provide a response after the event is a failure.”

“The idea that invigilators are considered equal employees within UoM is nothing but flimsy PR. We can see this when we look and find that associate lecturers are being cut out of the system with the first signs of economic trouble.”

Hanson was still waiting for a response the beginning of July, months after lockdown was announced on 23 March and just days before the pubs were to reopen.

Steve Hanson persisted with his attempts to contact the University and made contact on 6 July  through Professor Nalin Thakker, who sits on the Board of Governors and is vice president for Social Responsibility at the University of Manchester. Thakker forwarded the message to the director of Human Resources, Karen Heaton, who replied to Hanson via email: “I am investigating this matter and will respond as soon as possible.”

Later on 6 July, Steve finally received a reply from the University, explaining that:

“Furlough claims can only be made in respect of individuals already registered on our payroll by 19 March 2020, and critically, must have received a payment in that month. Unfortunately, this was also not the case for the vast majority of exam invigilators.

“As a result, the University has not been able to utilise the Coronavirus Job Retention Scheme for Exam Invigilators, and as such cannot make any payments.”

It took more than 100 days for a response, to Steve’s initial email on the 22 March, that indicated the University could not support the invigilators. Steve’s fellow invigilator Dymphna said:

“As government plans to offer SSP (Statutory Sick Pay), universal credit or furlough came about, many casual zero hours  temps like myself found that we fell between the cracks for all these putative scheme. We weren’t part of any organisation, we weren’t self-employed, and we hadn’t been ‘fired’ or made redundant in the usual way either.”

Hanson sums it up by saying, “What the crisis has highlighted is that the country, the world, is marked by stark inequality. Our only weapon against that is our ability to speak against the nauseating rhetoric of ‘equality’ when our experiences find very different things.”

The University of Manchester was asked by The Meteor to comment regarding why it took so long to reply to Steve and his fellow invigilators but have yet to respond.