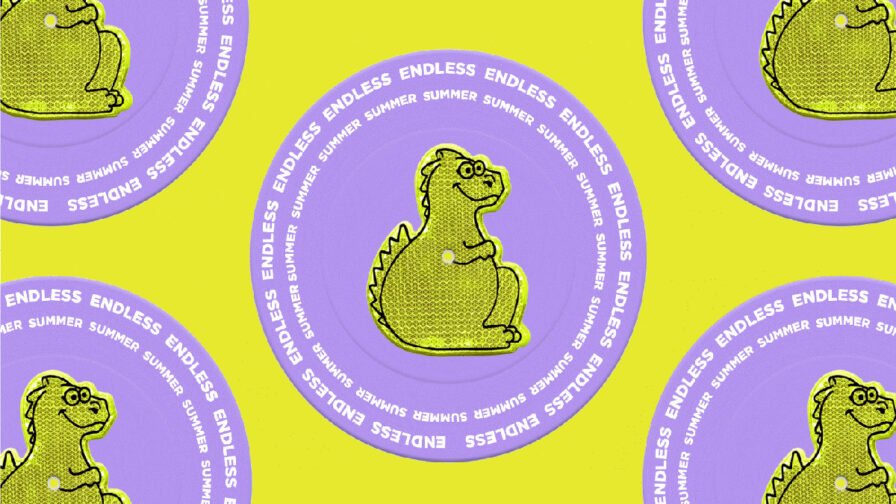 BODIES are a Manchester based spoken word/hip hop ensemble featuring Will Stevenson aka Williamson of Switchblade Society and Antony Szmierek laying vocals over Robin Parker’s smooth instrumentals. Their previous releases include the A Cold and Lonely Country LP and Separations EP. The Endless Summer EP features Antony’s debut as part of the ensemble.

So let’s get stuck in.

Endless Summer begins with an ethereal and melancholic dreamscape called Intro that also beautifully samples the sounds of nature in a manner reminiscent of the Scottish composer Erland Cooper’s Solan Goose album.

Back & Forth is an immersion in soulful jazzhop vibes that brings together Brooklyn basement basslines with a beautiful and strong Manc presence from Antony Szmierek who’s got a brilliant hip hop flow with the cadence of a storyteller… John Cooper Clark meets Scroobius Pip. Various shades of UK hip hop come through in the final two minutes of a 3:19 long track that’s a sensually immersive journey through the inner-city hip-hop experience. To go from the Brooklyn vibes to Manchester and UK wide shows a confidence in their ability to combine concepts without one dominating the other, and they do this while making the transitions feel natural. You can feel the journey taking place from the Brooklyn basements to the inner cities of the UK.

The next track, Darker Now Freestyle is like the middle of the swing of a pendulum – perfectly balanced between the possibility of the darkness in the beats becoming all encompassing, but the delicate balance between overstressed and serene is at once both motionless and revolving. Robin Parker masterfully sets the tone that teeters back and forth between the edge and oblivion, and here BODIES are reminiscent of Dan Le Sac vs Scroobius Pip’s You Will See Me. However what BODIES do differently is play with the darkness lyrically and musically without fully losing themselves to it. Using a cross between a soundscape and freestyle at the same length as a skit or scratch performance is a nice nod to the Mixtape Culture of New York’s hip hop scene while still retaining a British influence musically.

Endless Summer Day is straight chillhop vibes number with a situational spoken word story unfolding before us. The Chester Bennington vocal riff at 1:48 – 1:52, nods to Linkin Park’s In the End, and the vocal intonation used by Anthony to produce the abbreviated “memory’n”, utilised accent so well with a natural speech three second ellipses back into the chillhop beat in perfect time. It then transitions into a further story of a timeless yet cyclical Endless Summer Day as a perfect loop both narratively and musically.

Strings, does it come with strings attached? I Never Really Liked Labels with a mellow strings loop jives in and out of a cigar ash and silk emotional entanglement that slides between musical and romance-laced love. The change in perspective at 1:40 sees the music become the dominant partner in the song that ebbs and flows between star crossed lover and musical partner. The vibe and importance of each kind of partnership is delicately, musically and narratively balanced. The marriage of styles between Antony’s storytelling and Wiliamson’s hip hop flow is beautifully complemented by Robin’s instrumental that acts as the bow that ties this song together.

What Difference does a day make across an Endless Summer? Quite a lot, Difference is an emotional rollercoaster best described as Market Street with Manc Mike Skinner vibes. Mutually assured destruction. Multiple perspectives, lives sliding side by side reminiscent of Cloud Atlas where sextets are swapped for sex texts. The transition from the first story offered a swift reset but no reversal in fortune as parallel lives exhibit silent screams and inexplicable moments put under the microscope. What difference do the right words make? An unquantifiable one. A new voice musically and perspective-wise leads to a Fight Club Tyler Durden type transition between existences.

How does an Endless Summer end? End is just pure Manc hip hop vibes that perfectly aligns the marriage between hip hop and spoken word that is present throughout BODIES first EP since Antony joined them –  Endless Summer. End becomes an immersion into the pure Mancunian majesty that the theatre of the mind can offer alongside a jazzy bassline that brings you to sipping on a cup of tea at Band on the Wall as Mr Scruff gives ya ears a wobble. This song, as much as the whole EP, is a love letter to Manchester and to hip-hop, with inner city life vibes “Mancunian buzzin’” the incandescent cascade of narrative, hip-hop, and every day vibes. An Endless Summer never Ends when it’s memory lives on in our hearts, our ears, or in BODIES case, both.

Endless Summer by BODIES, is available on the following platforms:
Spotify.
Apple Music.
The Meteor is a media co-operative, if you would like to find out more about joining and supporting our work – click here
Feature image art: BODIES