Homelessness during Covid-19: Manchester needs an approach based on prevention, not intervention 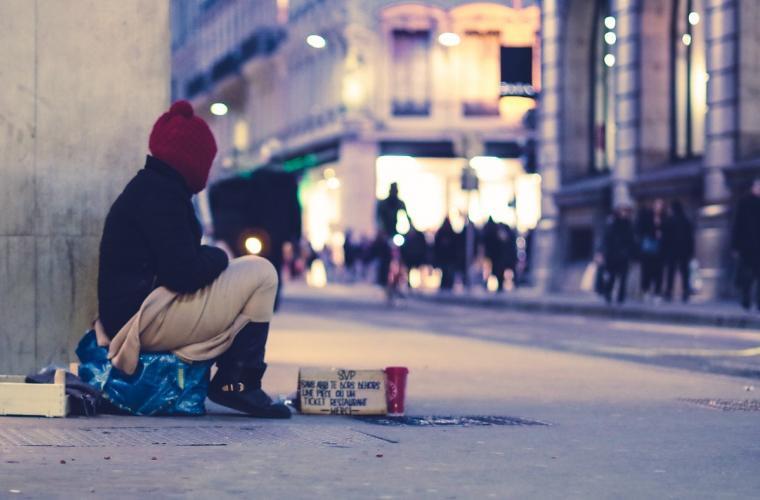 As more government funding is announced to fight homelessness during the Covid-19 pandemic, calls are being made in Manchester for a long-term approach based on prevention rather than intervention.

£105 million of funding for the Westminster sponsored programme, ‘Everyone In’, has been announced to continue support being provided for the homeless, as local organisations and Manchester City Council emphasise the need for a long term approach to homelessness in the face of the Covid crisis.

Last month Councillor Luthfur Rahman, lead member for homelessness for Manchester City Council, joined a growing number of voices asking the government to provide the resources they need to support Manchester’s homeless population throughout the pandemic, as well as asking Mancunians to donate money to The Big Change Fund, a charity dedicated to changing the lives of homeless people in Manchester.

Rahman stated that, “homelessness is not new in Manchester. We have seen the number of people sleeping on the streets or who have no secure home rise at the same time we have seen our funding from central government fall. We can’t change the past but what we want to be able to do is change the future for vulnerable people living in our city.”

Manchester has one of the highest rates of homelessness outside of London and with higher unemployment expected after Covid-19, local charities warned of a humanitarian disaster if more funding was not made available.

Under increasing pressure from homeless and local authorities, the Ministry of Housing, Communities & Local Government announced on 24 June £105 million funding to continue the Everyone In programme. The £105 million is made up of £85 million of new funding from HM Treasury and £20 million from refocusing existing homelessness and rough sleeping budgets.

Manchester City Council told The Meteor that Everyone In was successful at getting as many people as possible off the streets during Covid-19, as more than 270 people were accommodated, many that they would have ordinarily struggled to help. Some were people that became homeless after the programme started.

Getting people off the street prevented the spread of Covid-19 among this group, which was the prime objective, but also gave the opportunity to additionally address the issues that have contributed to homelessness, such as addiction and mental health issues.

These additional Covid-19 services cost the council an estimated £2.2m between 23 March and 31 May, and a spokesperson from Manchester City Council cited a lack of funding as the ongoing challenge for them in tackling homelessness:

“We have a dedicated and experienced network of staff and partners who support people who have experienced homelessness, but funding has long been the fundamental issue in combating homelessness, going back many years before the COVID-19 pandemic.”

The Everyone In scheme appears to be demonstrating that tackling the root of a person’s homelessness is the key to long-term positive change, a point that Manchester City Council have been making for a number of years. They reported that a reduction in footfall in the city centre has meant that people sleeping rough have not been able to rely on support mechanisms that they ordinarily would have, such as begging and drug and alcohol use. This has meant that support teams have been able to make successful systematic interventions to support people away from addiction and future recovery, and continued funding is need to avoid pushing people back into that lifestyle.

Balbir Chatrik, Director of Policy and Communications of the youth homelessness charity Centrepoint, agrees. “We’ve heard some incredible stories of people really seizing this opportunity and showing they can hold down a tenancy – but many more require the sort of intensive support that can only be provided in tandem with stable accommodation.”

Homelessness is a complex situation with people becoming homeless as a result of many intertwining factors, as a Manchester City Council spokeserson explained:

“In our experience people can become homeless as a result of addiction issues (drugs or alcohol), family breakdown, economic factors (sudden loss of employment & associated housing), poor mental health, domestic abuse, or ill health. Also, a major contributing factor is 10 years of austerity which has stripped away people’s support mechanisms and the services that would have caught them before they became homeless. We have made the case for many years that the reduction in people’s ability to pay their bills and living costs has overwhelmingly impacted on the rate of homelessness. Also, changes to the benefit system, the implementation of universal credit and delays to those payments.”

Though funding of £16 million, that was already designated for drug and alcohol support, has been brought forward, there was no mention of long term support of homeless people or a plan for prevention rather than intervention, in MHCLG’s statement on 24 June.

The council and local organisations are also worried about the uncertain months ahead as we move through the Covid-19 pandemic, which may put additional pressure on homelessness services. There will eventually be an end to the moratorium placed on evictions, as well as potential loss of accommodation through people losing their jobs and livelihoods.

Manchester City Council told The Meteor that they have no indication yet of how much money Manchester will receive or if the Everyone In scheme will continue beyond the temporary extra funding.

“The model that we want to move towards is prevention. Rather than crisis intervention.” said a MCC spokesperson. “At this stage we are far more likely to support someone who has hit rock bottom and has nowhere else to turn to, as opposed to nipping problems in the bud to prevent a downward spiral into homelessness. All agencies need to understand the part they can play in preventing someone slipping into homelessness.”

Not wishing to go back to where we were before Covid-19 and with the possibility of additional numbers of homeless, it is time to think of a long term plan. Now is the moment that we should be working on prevention, not intervention.