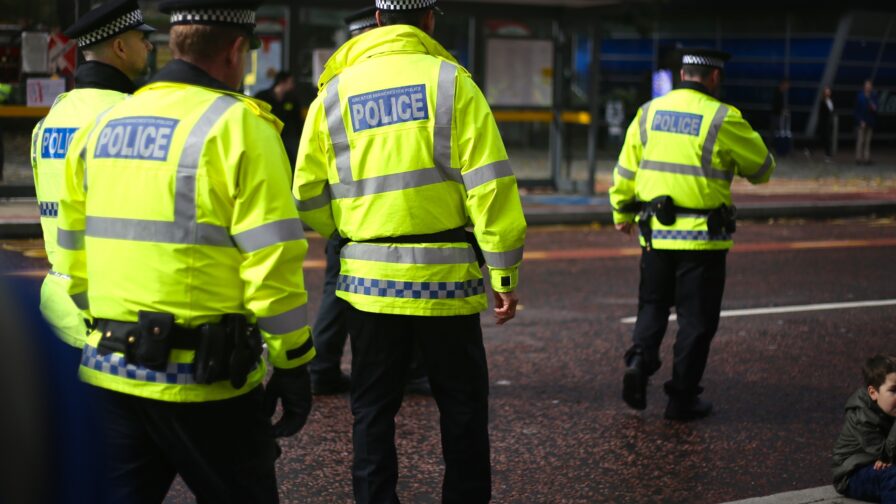 Pressure is mounting on metro mayor Andy Burnham, and his deputy Beverley Hughes, to scrap plans for school-based police officers (SBPOs), after the Oldham branch of the National Education Union (NEU) became the second trade union district in Greater Manchester to voice its opposition to police presence in the city region’s schools.

Oldham’s NEU branch passed a motion on Thursday 26 November calling on local authorities to “decriminalise the classroom” and endorse the community-led campaign No Police in Schools.

In the motion, passed by 85% of members present at the meeting, the NEU district articulates fears that the policy could lead to the criminalisation of students from ethnic minority backgrounds.

The statement comes in response to moves by Burnham to appoint 20 school-based police officers in schools across Greater Manchester. The policy is aimed at tackling rising trends in knife crime and youth violence as part of the Combined Authority’s Serious Violence Action Plan.

However, teachers represented by the NEU argue that the move will only entrench inequalities. The motion highlights “the institutional racism in both the criminal justice and education system” and stated that school-based police officers could lead to the “criminalisation of black students and their behaviour”.

In the motion the Oldham branch of the teaching union argues that funding would be better spent elsewhere. “Any conservation around crime must be placed in the context of a decade of austerity which has seen cuts to social services, public services and education”. It called on GMCA to “support alternatives to school-based police officers including pastoral support, properly funded restorative justice, social workers, education and public services.”

This is the second NEU district in Greater Manchester to have voiced opposition to SBPOs, after Manchester NEU passed a motion condemning them in October, placing more pressure on the GM Combined Authority to drop the plans.

It comes amid concerns about the concerted actions of education and policing in the conurbation, after racial profiling by police and private security guards on university campuses in Manchester sparked outrage.Beverley Hughes, deputy mayor of Greater Manchester for Policing, Crime and Criminal Justice, said:

“In Greater Manchester we want all schools to be safe places for children and young people as well as for staff. We are committed to making this happen and this proposal extends our existing neighbourhood policing approach into schools if a headteacher requests it. It will only happen if a school asks for the support.

“We want any police presence in schools to help build positive relationships between young people and the police. Not only can this help to promote awareness of the risks of violent or anti-social behaviour amongst young people, it can also support individual youngsters who are vulnerable. We want the officers to be personable, approachable and to become figures of trust for the young people with whom they are working.”

But evidence from the United States, where police officers are commonly placed in schools, puts into question whether SBPOs will create “positive relationships” in the way Hughes says. Data from the US Department of Education show that schools with police are more likely to refer children to law enforcement, including for non-serious violent behaviors.

In a comment, Greater Manchester Police assistant chief constable Rob Potts said that part of their overall strategy was to commit to working more closely with educational establishments, according to their local needs, and that:

“This forms a key part of our plan to help prevent knife crime and serious violence, as well as helping build positive relationships between young people and the police…

“Our communities told us that they want all educational establishments to be safe places for children and young people, and many senior leaders in schools and colleges have asked for dedicated police officers or community support officers to assist them in preventing knife crime and serious violence, as well as more quickly and effectively responding to incidents when they occur.

“Currently, police engagement with schools is carried out in the main by neighbourhood beat officers (NBOs) and PCSOs as part of their normal day-to-day duties. There are already a small number of officers and PCSOs across GMP who undertake dedicated school-based duties (term-time), aligned with either a specific educational establishment or a cluster of schools in their area.

“The intention is to increase this to 20 across Greater Manchester. This should be viewed positively and not negatively as our shared intention is to keep young people safe.”

However campaigners argue the move will only serve to criminalise vulnerabile pupils. Dr Remi Joseph-Salisbury, a lecturer in race and education and an organiser with the No Police in Schools campaign, told The Meteor:

“The evidence continues to mount about the profound danger of, and harm caused by, the increasing presence of police in schools.

“The passing of the motion in Oldham, following the motion in Manchester, really underlines the determination of teachers to oppose these plans. And we expect many more motions to be passed in the coming months.

“It is essential now that the state, and specifically Andy Burnham’s mayoral office, listen to the voices of young people, the strong evidence base, and the communities that they claim to represent. “It is time to divest from penal approaches and to invest positively in communities, by building caring and nurturing learning environments.”