By Guest Writer | October 9, 2020Friends of The Meteor 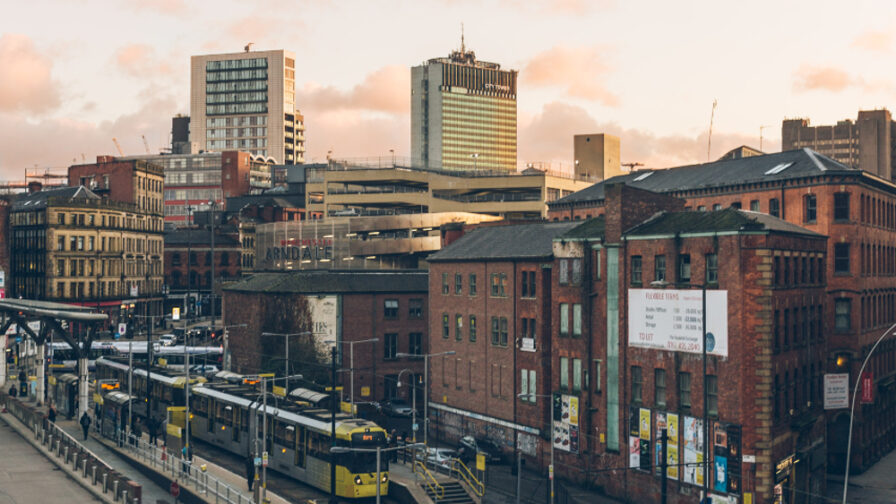 Climate Emergency Manchester are running a campaign calling for the a seventh scrutiny committee to be set up at Manchester City Council, to make sure the council is sticking to its climate change commitments. In this guest post from Stitched Up, Marc Hudson of CEM answers questions about why they started this campaign and its importance in combating the climate crisis.

We spoke with Marc from Climate Emergency Manchester about the campaign for a seventh scrutiny committee to oversee the Council’s progress against climate change promises.

Read on to find out why CEM think this is a vital step in helping Manchester achieve its ambitious targets, and sign the petition if you agree!

What are Manchester City Council’s scrutiny committees and what do they do?

There are currently six committees:

Each committee meets ten times a year (not in August), for roughly two hours per meeting. The committee members (a selection of elected councillors) are supposed to be a watchdog and ask questions such as “hmmm, this isn’t going so well, hadn’t we better figure out why and make some changes?”

What influence do they have?

The influence of the scrutiny committees vary from issue to issue, depending on how well run they are, how much the particular executive members take on board what they hear.

Why do we need a SEVENth scrutiny committee?

We are stuck in a cycle where Manchester City Council, under pressure from activists, makes promises, then doesn’t follow through with implementation. The difficult decisions and trade-offs get ducked and dodged, and the can kicked down the road.

So, in 2009 Manchester City Council promised steep cuts in its own emissions as an organisation. But the cuts only only happened because of austerity (buildings sold, staff and services lost). The city’s emissions reductions are due to the National Grid burning less coal and using more wind / solar. More importantly, the promised “low carbon culture” has never eventuated.

The July 2019 Climate Emergency Declaration made a specific set of promises. Most of these have not been kept.

So, what to do now? Begging a largely unaccountable council executive (between elections) to take the issue seriously is a recipe for failure. It hasn’t worked (people have tried) and they can always decide to ignore you. Therefore we need a structural change in the way that progress or lack thereof is scrutinised. A seventh scrutiny committee, meeting ten times a year, with the time to dig down into the detail to get difficult questions answered, would mean that they could no longer be kicked down the road.

Who will be on the SEVENth scrutiny committee & what will they be able to do?

Who would be on the committee depends. Crucially, it would have equal standing with the existing six, so, i.e. same number of meetings per year, same length of meetings. The chair would be a Labour councillor, until such time as an opposition party has 10 or 16 councillors.

However, it could be more ambitious and include co-opted members of the public, from relevant organisations and areas of the city. This already happens in the Children and Young People Scrutiny Committee with seven co-opted members representing faith schools and parent governors who are able to vote when the Committee deals with matters relating to education functions.

The 7th scrutiny committee could:

The online petition calling for a seventh scrutiny comittee is here (you have to register here) to sign it – and can only sign it if you live, work or study within Manchester City Council’s boundaries.

How will the petition help?

We expect that the process of getting people to sign the petition will:

Help them connect with each other, build their skills and confidence in taking action in their communities.

Knit together groups and individuals in loose networks, based on geography, interests etc, around wanting to see real ambitious action.

Boost climate campaigners’ morale (which is under constant attack)

Get councillors realising that a lot of people give a damn, which can empower them to be more ambitious in their demands from the council and the executive.

We have until Tuesday 10th November to submit our signatures.

What happens once the petition has been submitted?

Once the petition is submitted, officers figure out how many are valid (people have to live, work or study within Manchester City Council’s boundaries.

We already have almost 1000 so we would definitely be appearing in front of the Neighbourhoods and Environment Scrutiny Committee but we want to get 4000 to trigger a debate in a Full Council meeting. We want all 96 councillors to hear our case and vote on what to do next.

Is there anything else we can do to join the campaign, besides signing the petition?

A TONNE of ideas – see our handbook…

Print off a copy and get people in your social bubble who can sign to sign (including kids), then email us and we will come collect the sheet.

Put a poster in your window with the QR code.

Ask your local cafe / shop if they will display a poster with a QR code in their window.

Invite us to attend an online meeting of any group you are part of.

Make a video as a resident of a specific ward (Hello, I’m x from y ward…).

Make a video as someone who speaks a certain language.

As a parent, as an ex, y or z. Make and share memes/gifs about any of this!

First published on the Stiched Up website on 10 September 2020