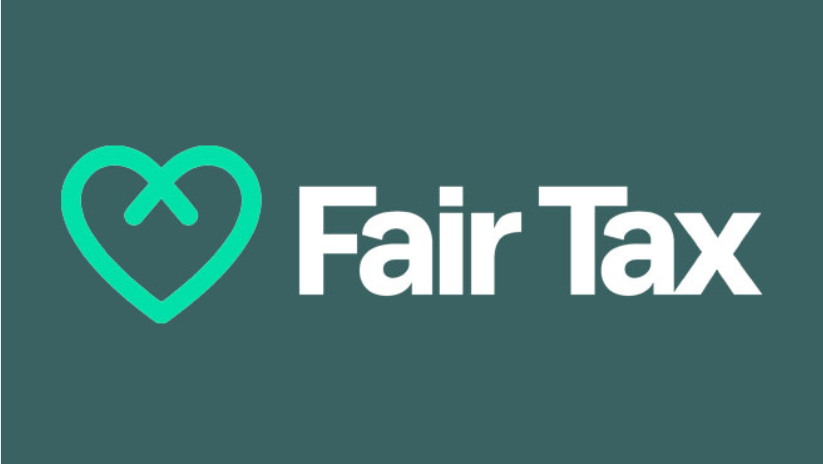 Six tech giants from Silicon Valley, dubbed the “Silicon Six” have dodged paying over a $100bn in tax within the last decade, says a report released by the Fair Tax Mark.

With austerity driven cuts to social services hitting people hard across the UK, what the two main parties in the General Election are promising to do to tackle the problem of massive tax avoidance is investigated.

Digital giants dubbed the “Silicon Six” have avoided paying over $100 billion in tax over the last decade, according to a report released by the Manchester-based Fair Tax Mark (FTM), who campaign for a fairer and more transparent tax system.

The information comes at a crucial time before the general election, where both the main political parties have different policies regarding taxing these digital behemoths and previous government tax deals with the tech giants have been widely regarded as being too easy on them.

Amazon, Facebook, Google, Netflix, Apple and Microsoft are accused by FTM of “aggressive avoidance”of tax by shifting profits and revenue through tax havens or low tax countries, which are also often referred to as secrecy jurisdictions. They have also been identified as delaying the payment of taxes they haven’t managed to avoid.

Tax havens and secrecy jurisdictions are generally terms that overlap, and can be applied interchangeably to a jurisdiction (a country or a region of a country, and its laws) depending on what you are trying to emphasise.

So for example the British Overseas Territory of the British Virgin Islands (BVI) can be described as a tax haven, because a company registered there will pay no corporations tax or any other kind of tax there. It will also pay no tax on profits transferred to this company by companies or individuals in other countries such as the UK. In 2017 research showed that BVI companies control $1.5 trillion in assets. The BVI comes top of the 2019 Corporate Tax Haven Index, complied by the Tax Justice Network (TJN).

The BVI can also be described as a secrecy jurisdiction, according to the TJN, due to:

“the BVI’s lax, flexible, ask-no-questions, see-no-evil company incorporation regime, which allows owners of companies to hide behind ‘nominees’ to achieve strong secrecy, and to set up companies quickly and at low cost.  This supposed ‘efficiency’ of incorporation has translated into carte blanche for BVI companies to hide and facilitate all manner of crimes and abuses worldwide.”

The secrecy provided to the ultimate owners of companies registered in the BVI has led to it becoming the world’s leading centre for company incorporation with over a million companies incorporated since 1984. In 2017, there were 417,000 companies incorporated in the BVI, two-thirds of them corporate subsidiaries.The British Virgin Islands comes in at 16 (out of 112 jurisdictions listed) in the 2018 Financial Secrecy Index compiled by TJN. [/expand]

This “booked” tax figure differs from what would be expected from the headline corporation tax figure in the USA, which was 35% for most of the years concerned, due to tax exemptions and breaks that companies can claim for. When this headline figure is used the total tax expected from the silicon six comes to $335.5 bn, raising the gap from the cash taxes actually paid to $155.3bn.

Top of the FTM’s ranking of “poor tax conduct” came Amazon, who have declared $960.5bn in overall revenue and $26.8bn in profits, but have only paid $3.4 bn (12.7%), in income taxes. The rest of the six are also reported as paying well below the headline USA tax figure, as can be seen in the graph below.

The Fair Tax Mark is a not-for-profit co-operative organisation based in Manchester whose website states they want a future “where all businesses are proud to pay their fair share of tax”, and wishes to ensure a “level playing field for businesses large and small”. Chief Executive of the Fair Tax Mark Paul Monaghan said:

“Our analysis of the long-run effective tax rate of the Silicon Valley Six over the decade to date has found that there is a significant difference between the cash taxes paid and both the headline rate of tax and, more significantly, the reported current tax provisions. We conclude that the corporation tax paid has been much lower than is commonly understood.

“The international tide is turning on the acceptability of corporate tax avoidance. The idea of countering the profit-shifting of Big Tech multinationals via the introduction of digital sales taxes has taken root in many countries.”

The FTM says one reason they chose the silicon six to investigate was because of their enormous market worth. These six companies together had a combined worth of $4.5 trillion in Autumn 2015. Microsoft and Apple are both valued at over $1 trillion. The combined value of the Silicon Valley Six is bigger than the annual economies of Germany, France, India the UK and the whole of Africa added together.

It is not only the USA that loses out on tax revenue, FTM also present data showing loss of taxes from these hugely profitable companies in the UK and Europe. Amazon EU Sarl based in Luxembourg reported a pre-tax €493m loss on a total of €27.9bn of revenue in 2018. After an investigation, the Luxembourg government was ordered to recover €250m from Amazon by the European Commission, who accused them of giving Amazon “undue tax benefit” by allowing profits to be shifted to a shell company that was tax-exempt.

Following bad press over tax avoidance in previous years, Amazon released a statement saying their total tax contribution to the UK was £220m in 2018 but admitted that labour taxes and business rates made up the largest proportion of that figure. Some countries in the EU have secured back taxes from Amazon, like France (€200m) and Italy (€100m), the UK as yet has failed to do so, reports the FTM.

Responding to the provisional findings of the report last week in the Guardian, all of the companies said that they disputed the FTM figures, and that they paid the correct amounts of tax. The “suggestions are wrong” an Amazon spokesperson said, but no specific challenges to the figures presented in the FTM’s research have been reported from any of the Silicon Six.

The immense wealth gained by the Silicon Six gives them huge political clout, spending over $257m on lobbying over the last five years in the USA. The Six spent €20m on lobbying the EU Parliament between January 2017 and July 2019.

Corporation tax in US and UK

The extensive lobbying of the Silicon Six fell on tax issues fell on the receptive ears of the US President Donald Trump. In 2017 the Tax Cut and Jobs Act was passed in the US, which lowered the headline rate of corporation tax from 35% to 21%. The FTM report states the Act “mainly benefited big technology companies that had large overseas cash piles”.

The UK has also seen large falls in corporation tax. In 2010 it was at 28%. Under the Lib Dem Conservative coalition government with George Osborne as the chancellor the rate was steadily cut to its 19% current value. The rate is set to fall further still, under the current Conservative government’s plans to 17% next year, despite HMRC warning that the 2% cut will cost the Treasury £6.2bn in lost revenue; which is equal to 5% of the NHS England budget of £115bn in 2018/19.

The Fair Tax Mark regards these cuts to corporation tax as an “international race to the bottom” created by the tax competition inherent in the current system.

These cuts to corporation tax over the last ten years have coincided with austerity driven cuts to social services and local authorities across the country which the UN described as: “entrenching high levels of poverty and inflicting unnecessary misery in one of the richest countries in the world.”

Google comes in third in the FTM ranking of “poor tax conduct”. They recorded a revenue of $647.7bn between 2010-19, that figure included profits of $176.6bn. They paid 27.9bn in tax, just 15.8% of the total profits.The FTM calculations challenge Google’s claims that their “overall global tax rate has been over 23% for the past 10 years”.

In 2016, Google’s UK subsidiary agreed a deal with HMRC to pay £69m in back taxes, which was reported as being equivalent to a 3% corporation tax rate. George Osborne declared the deal a “major success”, while others called for a European Commission investigation into the deal. Tax Watch, a UK think tank which investigates tax issues, estimates that £1.3bn in tax has been avoided by Google in the UK between 2012-17.

Labour’s General Election 2019 manifesto commits to tackling “corporate tax dodgers” by creating a “fairer taxation system” that will “crackdown on tax avoidance and evasion” and “promote fairer international tax rules”. Labour also pledge to “reverse some of the Tories’ cuts to corporation tax while keeping rates lower than in 2010.”

Although it is not specifically mentioned in the manifesto how they will achieve a fairer tax system, Shadow Chancellor John McDonell has recently strongly backed promoting a unitary taxation system, where companies are taxed on the basis of where their workforce, assets and sales are located rather than what country they have decided to record their profits. Multinationals composed of many different subsidiary companies would also be classed as one “unitary entity” rather than being taxed as separate companies under the current system. The benefits of this approach are estimated to increase annual UK tax revenue from multinational tech giants from between £6bn to £14bn.

The Conservative General Election 2019 manifesto celebrates their previous cuts to corporation tax, and promise to introduce a “new anti-tax avoidance and evasion law” which aims to make “major multinational companies… pay their fair share of tax.”

Also promised in the Conservative manifesto is the introduction of a Digital Services Tax, which was initially conceived under Theresa May, which from April 2020 will create “a new 2% tax on the revenues of search engines, social media platforms and online marketplaces” according to HMRC. However, doubts have been raised about whether this will be implemented post-Brexit, due to problems faced securing trade deals with the US.

The Fair Tax Mark recommend public country-by-country reporting on revenue, profit and tax by multinationals as the best way to tackle tax avoidance by entities such as those comprising the Silicon Six. Unfortunately a bill by the European Union to implement this type of reporting was recently blocked by 12 small EU countries, many of which are regarded as low tax jurisdictions or tax havens themselves.

The Digital Sales Tax is seen by the FTM as a usual stop gap measure to deal with the problem but ultimately they would like to see a unitary taxation system implemented.

“Demonstrates why we need a fundamental reprogramming of the world’s approach to tax, based on a unitary taxation. When multinational corporations abuse their tax responsibilities to society, they weaken the supports that our economies need to work well and create wealth.

“A unitary approach to tax means we can finally make sure multinational corporations contribute tax based on where they employ workers and do business, not where they rent mailboxes and hide ledgers. By ensuring multinational corporations pay their fair share locally for the wealth created locally by people’s work – based on an agreed formula and supplemented by a minimum effective tax rate – governments can strengthen their economies to run smoothly and make a good life possible for everyone.”

The full Fair Tax Mark report: The Silicon Six and their $100 billion global tax gap, can be downloaded here