Disabled people speak out about poor accessibility at Manchester Pride 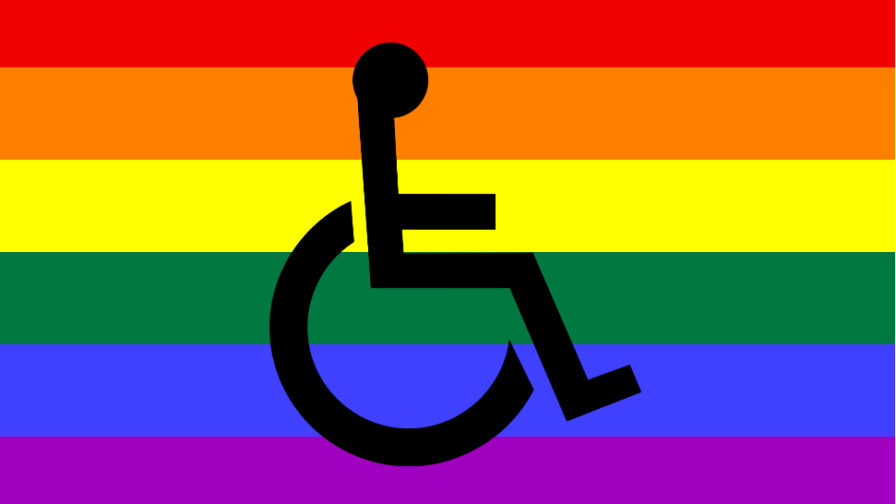 Manchester Pride, a life affirming celebration of sexual and gender diversity for many, faces claims that it is failing in its stated aims of promoting “equality and diversity” due to poor accessibility for disabled people. Three people with disabilities tell of their disappointing and potentially dangerous experiences.

A growing number of disabled people are voicing concerns about the lack of accessibility at this year’s Manchester Pride. The Meteor has spoken to several disabled people who attend pride events in August, who have expressed frustration at the poor standard of provision for those with disabilities.

George Garcia, 22, bought an £80 ticket for Manchester Pride Live, which he attended with his friend Lauren*, 28, who suffers from diabetes. Their problems began upon entering the event at Mayfield Depot on Saturday. Despite Lauren showing security staff her diabetic needles, they confiscated a bag of Haribo she had brought with her to control her blood sugar.

Once inside the venue, bar staff told her that they had run out of non-sugar alternatives to Coca-Cola. At this point, it was 3pm and the venue was open until 1:30am. One member of bar staff who said they had Diet Coke, proceeded to pour Lauren a glass of full sugar Coca-Cola, even though it could have been dangerous for her to consume so much sugar.

When George and Lauren arrived at the event on the Sunday, the situation was even worse. After waiting in a two-hour long queue for the bar, they were told by bar staff that they had ran out of everything but beer.

George said: “They hadn’t catered for someone like her. To run out of water after queuing for two hours is ridiculous. They were only serving canned water which was £2.50. There was no way you could just fill it up. There were no taps.”

When George and Lauren asked if they could leave the venue to get bottled water, security told them they wouldn’t be allowed back into the venue.

George also slammed the queuing system in place outside Mayfield Depot. He said: “People were falling on the floor and being stood on. I felt unsafe, so if I’d have had a disability I’d have gone home.”

He added that the experience has put him and Lauren off attending the Manchester Pride Live concert next year. “I think it’s just all about money. There’s absolutely no care taken for anybody that might not be able-bodied or that might have an illness or a disability. There was no care taken to make sure they’d be looked after at that event.”

While crowds lined the streets of Manchester to watch the annual pride parade last week, Bobby Kent spent his first ever pride staring at the rear of people’s thighs. Bobby, 21, uses a wheelchair and had arrived over an hour early at the parade site in Manchester to obtain a place in one of the specially designated viewing points. However, his view of the parade was soon blocked by people who snuck around the barriers and stood in front of him.

Bobby, who said he felt embarrassed by the experience, spent 45 minutes looking at the backs of people before he found enough space to leave and went straight home. He said: “It made me feel bad for being in a wheelchair, which obviously it shouldn’t.”

Amber Milne, 26, travelled up to Manchester Pride on a four-hour long train from Somerset. Amber, who suffers from hypermobility syndrome which causes joint pain, said she was shocked at the lack of provision for disabled people at the Manchester Pride Live concert. “Even walking, trying to walk through was mayhem. They should have made an area for wheelchairs, but there was nothing. It was overcrowded. There were people queuing for the toilet; people queuing for bars.”

The Ticketmaster website, which advertised tickets for the Manchester Pride Live event, said there would be “Viewing Platforms at certain performance areas,” but Amber said she didn’t see any of these at the event, nor was she informed of their existence by staff.

Security allowed Amber and her friend to skip the two-hour long queue to get into Manchester Pride Live, after her friend explained to them that Amber had a disability. However, Amber said she couldn’t see anything official in place at the queuing point for disabled people.

She added: “It was kind of done like a hush thing. We had to move over to the corner and then they would open the side and then we had to scurry through. There was no like [signage] this is for disabled people, they need to get through.”

She also noted that bars at the event on Sunday had run out of soft drinks and at one point even water.

Almost 450 people have now signed an open letter, written by Bobby Kent, demanding an apology from Manchester Pride organisers and improved accessibility at next year’s event. Whilst FGH security, who provided security at the pride parade, have agreed to meet with Bobby to discuss his experience as part of their review of the event, Manchester Pride are yet to respond to Bobby.

“Access to Pride has always been a problem. Whilst there have been improvements over the years, there is still a long way to go. If we were better at including [disabled] people all year, it would be better when it comes to Pride. We’re not on people’s radar, so to expect us to be on their radar one day of the year, it’s unexpected.”

The backlash about the treatment of disabled people at the event comes just weeks after the unveiling of the Peterloo memorial, which is presently inaccessible to wheelchair users. Following criticism of the monument’s design by disability activists, Manchester city council said they were committed to making modifications to the sculpture in conjunction with its designer Jeremy Deller.

Manchester Pride failed to respond to requests for comment.