Review: Why Women Have Better Sex Under Socialism 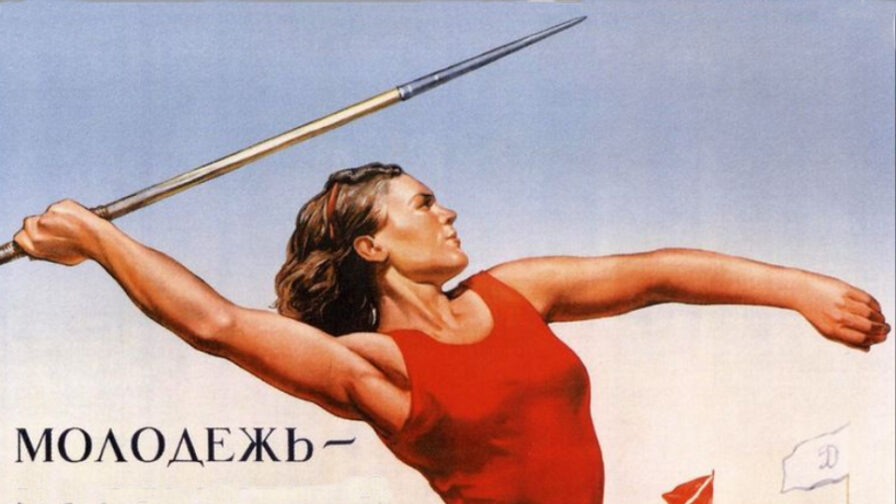 Mary Quaile, a Manchester Irish trade unionist and one of the first women to be elected onto the Trades Union Congress, led a women-only delegation to the Soviet Union in 1925. Their objective was to investigate the lives of women and children in the new socialist state.

Mary left school at 12, like most working class girls of that era:  her real education took place in the sweated labour of cafes and on the streets as she took part in organising a  new Cafe Workers Union and became an organiser for the Manchester and Salford Women’s Trades Council.

When Mary  went to the Soviet Union in 1925 all Soviet women had had the vote for 8 years, while most British working class women were still waiting. In  their journey around the Soviet Union, Mary and her sisters saw much to envy,  including women having equal pay, free workplace nurseries, paid maternity leave, communal canteens, as well as  access to abortion, contraception and divorce.

In this new book, written by American academic Kristen R. Ghodsee, the author’s message is blunt. “Unregulated capitalism is bad for women, and if we adopt some ideas from socialism, women will have better lives.” Kristen is living in Trumpland, but has worked and travelled across Europe and has studied the effects of the end of state socialism in Eastern Europe and the  transition to capitalism.

Kristen blasts her way through the history of state socialism showing the influence of well-known (and less well known) communist women such as Alexandra Kollontai who  pushed through policies that promoted equality for women in all aspects of life. She is not an apologist for the authoritarian regimes:  she shows how  State socialist regimes needed women to work but they were often  carrying the double burden of work and childcare.

Her own research,  including the interviews she recounts with women who grew up in the Soviet era, really bring the book alive for me. It is fascinating to read  Kristen’s interview with octogenarian Elena Lagadinova, the president of Bulgaria’s national women’s organisation. Bulgaria and across the Soviet Union used quotas to get more women in parliament and they did have higher percentages of women in political office than most of the Western democracies during the Cold War. Elena believed it was a combination of a patriarchal culture, and an authoritarian state that discouraged women in pursuing  high office.

But the Soviet tradition of encouraging women into job sectors such as science and engineering has  left a legacy for today. Kristen quotes the Financial Times in 2018  that eight out of the ten European countries with the highest rates of women in the tech sector were in Eastern Europe.

When it comes to the discussion about socialism and sexual satisfaction Kristen uses some fascinating research from Germany about what was dubbed “The Great Orgasm War.”East German researchers, prior to unification, produced evidence that people did have better sex under socialism and that this was because, unlike the West, sex was not commodified in the same way. The researchers Staker and Friedrich claimed that this  was because of women’s “sense of social security, equal educational and professional responsibilities, equal rights and possibilities for participating in and determining the life of society.”

Kristen’s message is that we need to take the best of what came out of the state socialist era and adapt it to creating a better world for women and men. But she is an academic, and not an activist,  and that is one of the failings in the book. Her own life is quite privileged and frankly not very interesting  like those of her friends that she uses to dramatise modern life in American society.

This may be why there is a big gap in her analysis as there is no mention of trade unions in the book, even though they have played a significant role,  even in the Soviet Union. Neither   does she not mention them in her discussion of American politics, even  one of the most dynamic areas of American life at present is  trade unions  who  are the vanguard of the fight for better pay and conditions in female dominated industries such as fast food.

Also the UK experience has shown that, whilst you can elect socialist governments, including the feted 1945 Labour Government who brought in the Welfare State,  it is organisations such as trade unions which will really  promote the needs and desires of working class people.

Like Mary Quaile during her era, in the 1980s it was my experience as a trade union representative that showed how we could and did  improve the lives of women inside and outside work. Women then played a major role in trade unions, ensuring that issues such as job sharing, maternity leave, equal pay and abortion were high on the union agenda.

Austerity has woken up a lot of people to the increasing inequality and unhappiness that dominates present day life in the UK, as well  as across the world. Unfortunately it has not led to a growth of radical grassroots organisations  who question the nature of society; of relationships between women and men;  and between workers and the state. Kirsten’s book is an important part of that discussion because it reveals a hidden history that is hardly known in the USA and has been forgotten or marginalised in Europe.

The book can be bought from News From Nowhwere at £12.99 – click here