Cities are recognising the dangers of speculation and big capital: what will Manchester’s politicians do next? 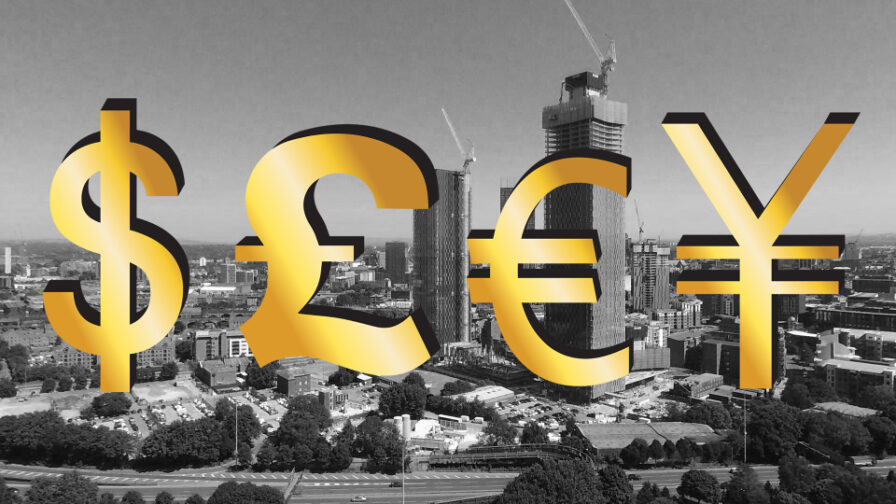 With thousands of housing units being built in across wards including Deansgate, Piccadilly and Ancoats, central areas of Manchester have now become a key investment ‘hot-spot’ for profit-seeking finance that cares little for local communities. This rampant speculation, surge in international investment and links to rising rents, displacement, homelessness and destruction of heritage and culture is being recognised by residents, social movements and politicians in cities across the world.

The recent article by Ada Colau and Sadiq Khan, mayors of two cities that have experienced many of the negative impacts of global speculation warns that, “Our city centres risk being hollowed out as vibrant communities are displaced, local shops are closed, and the cost of housing rises exorbitantly.”  In London the decision by Southwark Council to demolish Elephant and Castle’s shopping centre last week shows that words are not enough from our political leaders.  And yet despite these contradictions in London the problems of land and housing speculation are now central to public and political discourse about the future of the city.

Alongside others my research has tried to understand these transformations in Manchester through the ways that housing has become financialised. The United Nations has warned about the human rights implications of this process of transforming homes into assets. Authors such as Anna Minton have helped us understand how big capital operates in London. But the public have heard little from political leaders in Manchester about what this means here. There has been no assessment of the risks of waves of speculation, potential impact on neighbourhoods and the city more broadly, let alone a bold plan to address how large swathes of central city housing are now safety deposit boxes for the global elite.

In recent months, prompted by public anger and changes in the local party some Labour councillors have taken initial steps to address the failure to build affordable or social housing in central neighbourhoods, one element of the wider crisis caused by speculative finance in the city. From the Council resolution to make developer assessments public, through to a planning committee demanding affordable housing, this shift in position should be welcomed.

Though admirable to see this more open approach there remains little public recognition from political leaders about the scale or pace of big capital operating in our built environment. At the last planning committee Councillors gave permission for 2,000 housing units with no on-site affordable housing despite obvious anger with the current planning regime. But this is not enough. The rapid transformation of the built environment in Manchester means we need our politicians to act quickly and with a plan supported and informed by the public before it’s to late.

It is interesting to consider why the political leaders in the city have failed to recognise or address big capital and problems of speculation in Manchester. I suspect this is partly driven by the many public-private partnerships Manchester City Council is involved with, the opaque ways public land is given away as well and the adherence to ‘trickle down’ economic logic guiding urban development. This lack of transparency in decision making, in creating new development partnerships, in failing to disclose financial arrangements surely goes against the spirit of an open, democratic city.

My recent attempt through FOI to find out more about the 10,000 housing unit deal with Far East Consortium was rejected  like others asking for information about these huge deals involving public land have been before. Surely, Councillors are embarrassed when a globally respected, anti-corruption NGO like Transparency International, working in the public interest is unable to get hold of literally any information on the Manchester Life deal. Recent history shows that the Council have done much to change the fortunes of the city but this has come with many mistakes, a culture of secrecy and without proper public debate that would have resulted in better outcomes.

Finally, in cities being transformed through speculation we need to ‘follow’ the finance. When we do that with the investment surging into Manchester it prompts us to consider the financial actors now involved in the city. From off-shore companies to sovereign wealth funds through to billionaires and private equity, the range of international interests now profiting from housing and land in the city is dizzying.

There is much left to find out about the sources of this finance but some of these global connections are now being highlighted. For instance 31 international human rights organisations wrote to political leaders asking Manchester City Council to make clear its position on human rights abuses in Abu Dhabi due to its close working partnership through Manchester Life. This is one example of the ways in which concern about speculation and social justice cannot stop at the boundaries of the city but has to be outward looking and internationalist, democratically debated by residents and communities, politicians and planners alike.

The call by social movements such as Greater Manchester Housing Action for ‘Homes not Assets’ which inspired my own research has now been taken up by big city mayors. It is likely that ‘radical municipalism’ will become a key platform in the fight against big capital and the global one percent. If Manchester aspires to be an ‘international city’ if needs to look beyond ‘trickle down’ economic indicators as a measure of success. Councillors cannot change the status quo overnight, particularly in an era of austerity and local government cuts. But the public do need to know that these issues are being taken seriously, that debate is welcome and that Councillors will act for the interests of local communities rather than those of big capital.

Below are five key questions on speculation that would help us better understand the views of politicians in Manchester….

i.    What is the position of Manchester City Council in regards to understanding and subsequently addressing the impacts of speculation of land and housing in the city?

ii.   What and how has public land been transferred into private ownership and how were these deals publicly scrutinised?

iii. When can we expect affordable and social housing in the central areas of the city and  who do we hold to account if these units are not delivered in the next 18 months?

iv. What kind of transparency and democratic involvement is regarded as acceptable in relation to urban development in the city and how does Manchester City Council currently measure?

Should Manchester City Council care about the type of wealth that is now flowing into the city and what human rights and environmental issues beyond the city should be considered before agreeing new partnerships, investment and planning permissions?