The hidden shame of period poverty 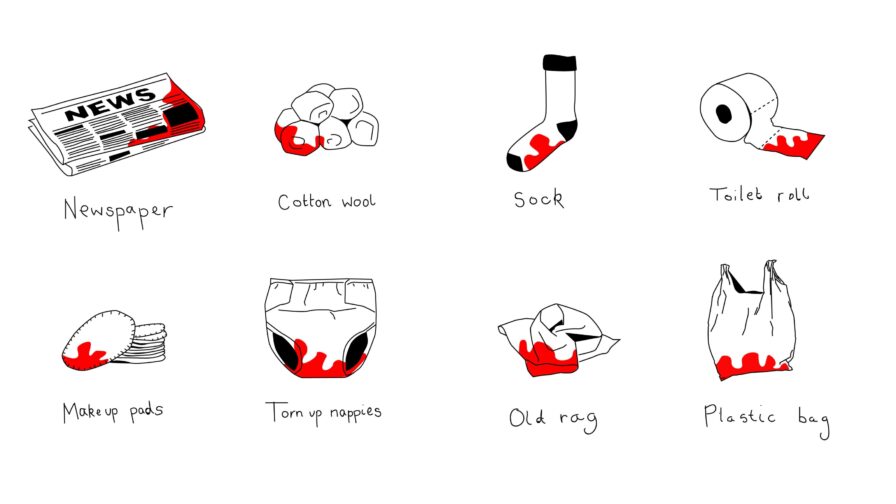 Half the population of the world are women. It is, therefore, safe to say that a large proportion of that population have periods. So, why is the issue of menstrual care still so taboo? Why do people still feel awkward and embarrassed by their period and feel that it should be something that should be hidden away and never mentioned?

Periods are not an affliction that affects just a few of us. Periods are a biological process that enables us to give life, therefore should it not be the case that menstrual care is seen as a human right rather than just an issue of women’s rights?

Well in 21st century Britain it isn’t. We live in an era of what can be termed ‘period poverty’. This describes when a person cannot afford adequate protection when on their period. It means a woman who is unable to afford adequate sanitary wear could be prevented from going to work, attending school or contributing to daily life. More harrowing is the fact that recent research has found over 40% of young women in the UK having to wear rags, socks and even newspaper to get by.

Roman philosopher Pliny the Elder, who incidentally also wrote the first ever encyclopedia, argued that contact with menstrual blood could cause dogs to go crazy and crops to fail. Bizarre as that may seem, some of the thinking behind these ideas are still very much alive today.

The notion that someone who is menstruating is somehow unclean, dirty and irrational, and can’t contribute to daily life still holds traction for some. In some areas of India, for example, menstruating women are not allowed to enter a place of worship, let alone the kitchen, as she is seen as so impure that she may contaminate food. Whilst these extreme views are not so widespread in the UK, the prevailing attitude towards menstruation is still that periods are something to be avoided. One only has to look at most adverts for sanitary products which use clear blue liquid rather than red to see this.

Research into period poverty and the attached stigma undertaken last year by the girls’ rights charity Plan International revealed that 48% of girls in the UK were embarrassed by their periods. Sadly, in 2018 nothing much has changed.

In my role as an advice worker in Greater Manchester, it is not uncommon to come across families that admit their daughters are unable to attend school as they do not have enough sanitary products. There are even cases where women have to ask friends and work colleagues if they can donate sanitary products so their daughters can attend a GCSE exam.

Perhaps the most surprising thing is that it impacts not only homeless people, or those out of work, but people more broadly. There are many families on a low income who are unable afford sanitary products.

I have met families in work who are unable to afford essential products for a variety of reasons, including not having regular work and being on zero hour contracts. Furthermore, there has been an increase in families who are struggling to afford essential items, particularly since the roll-out of Universal Credit. That means that today there are girls in Manchester who are unable to attend school because they can’t afford to be adequately protected, some of them being forced into the humiliating position of having to use toilet paper or napkins from fast food chains.

The first time I came across this first hand I thought it was a one-off. It wasn’t. I just hadn’t realised that this was an issue that affects so many of the people around me. This is clearly not fair and in a wealthy society such as ours, it really is unacceptable that half the population has to face undue hardship and humiliation simply because they are fit and healthy and that their bodies are functioning as nature intended.

In the public eye

But maybe there is a change coming our way. Only last month Danielle Rowley, Labour MP for Midlothian, when highlighting the cost of sanitary products in the House of Commons also informed the House that she was on her period and it had already cost her £25. The fact that a woman was confident enough to share this information in public is encouraging, but the fact that it made the news headlines and all television stations shows that maybe perceptions have not changed as much as we would like to think.

The issue of period poverty was also highlighted in the 2016 film I, Daniel Blake. Subsequently, there has been increased pressure put on companies by campaigners to donate menstrual care products to homeless shelters.

The kind of period poverty that Rowley brought into focus is a worldwide phenomenon. Around the globe, women miss school and work because they have inadequate sanitary protection. Without campaigns to address this issue, the struggle for gender equality becomes empty rhetoric.

What are the potential solutions?

Inspirational initiatives to address period poverty have taken place in countries such as India, where they recently launched the She Pad Scheme which distributes free pads to schools, allowing girls to continue their education whilst menstruating. Without it campaigns that promote education for girls and gender equality in the workplace are useless.

There has been some discussion in the media about the use of reusable products such as Thinx, an example of period absorbent underwear, or the Moon Cup, a reusable collection device. These potentially make periods more affordable as they curb the need to buy expensive disposable products every month. However, whilst their progressive marketing campaigns promote the normalisation of menstrual blood, for many, these products are still not affordable or practical to use on a regular basis.

In addition, campaigns such as the #FreePeriodMovement, which calls for the government to provide children who receive free school meals with free sanitary products, do go some way towards making a positive impact. Whilst this does offer a way forward it also raises a number of complications. In the current political and media climate where families on benefits are represented as work-shy and lazy, linking the campaign to free school meals has the potential to further stigmatise those in receipt of them.

What can be done to eliminate this stigmatized symptom of poverty in Manchester?

In the city, there are a number of projects in place that offer help, such as Every Month Manchester, an initiative that creates ‘Period Packs’ for people who have periods and are experiencing homelessness and poverty in Manchester. Every month Manchester recently held a 100-day long fundraiser where supporters held events, created artwork and spread the word about issues of period poverty to each raise £100 in 100 days. In total, the campaign raised over £8000.

‘The Monthly Gift’ is another organisation that operates in the city, set up after a discussion among friends about what homeless people do when they are on their period. As a result, it now provides sanitary products to local charities and food banks. These donations aim to free up the resources of such organisations to allow them to carry on with the other vital work they do. ‘The Crimson Wave’ is another project that works with homeless charities and women in order to provide essential sanitary items to people who need them.

In 2017 Bodyform, in conjunction with ‘In Kind Direct’ one of the HRH Prince of Wales’ Charities, committed to working with The Monthly Gift and The Crimson Wave for three years to help provide free sanitary protection for people unable to buy or access them. At least now the problem is being highlighted and people are trying to do something about it. These schemes aim to have a wide reach by helping families on low and irregular incomes and those from the trans community who may not be able to access products.

Period poverty shows how multifaceted poverty is, and an important ethical question that does arise when one considers the issues period poverty raises is whether or not we should rely solely on charities to help people.

There was a slight, yet significant, shift in 2000 when VAT on sanitary products was lowered to 5%. The campaign to abolish the ‘tampon tax’ completely, continues. But even with the unfair tampon tax removed, products could still remain unaffordable to some; indeed they may still be considered as a luxury product by those under pressure to afford other necessities.

A matter of human rights

When a child is unable to attend school due to not being sufficiently protected during their period it breaches their right to education. Article 26 of the Universal Declaration of Human Rights and Articles 13 and 14 of the International Covenant on Economic, Social and Cultural Rights sets out that secondary level education should be readily available to everyone. The impact of the high cost of being on your period means that there are people who cannot afford to be in school or training when on their period. People are being priced out of both education and the job market. Surely this is an example of modern-day discrimination, under Article 14 of the European Convention of the Human Rights Act, it can be argued that this form of discrimination is unlawful.

In 2016 the Salisbury based Trussell Trust entered the debate and called for women on benefits to be given free sanitary products. However, this only goes part way towards helping find a solution as there are many families on low income that will not meet these criteria. Adequate sanitary products should be available at no charge and with dignity in public places such as schools, universities, hospitals and when in police custody.

Absolutely no child should be forced to stay at home when they are on their period and no one should have to go to work inadequately protected. Nobody who is homeless should be using napkins from fast food restaurants and absolutely no family should ever face the challenge of whether to buy food or menstrual products.

It is a bizarre situation that we are embarrassed of periods but not period poverty. The fact that this is happening today is something we should all be ashamed of, particularly when a solution could be so easily at hand.