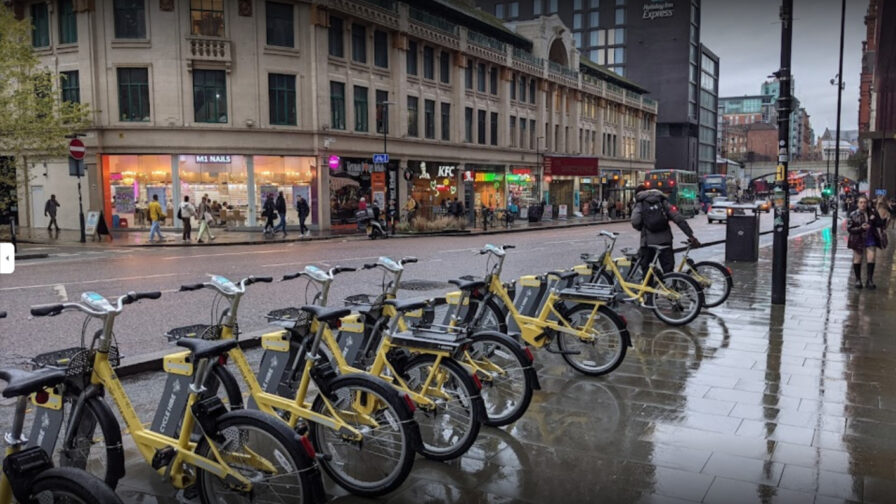 The distinctive yellow bikes have collectively racked up a colossal distance travelled since the start of the trial period in Manchester, last November.

The yellow bicycles bearing the iconic Manchester worker bee, seen at docking stations around the centre of Manchester, have clocked up 100,000km, during their trial period in the city.

Since the November 2021 start of the trial period of the hire scheme, there have been 10,400 active users signed up to the scheme on its Beryl mobile phone app, and over 39,000 journeys have been taken on the bikes.

Currently available at docking stations along Oxford Rd, Media City UK and the University of Salford, the plan is to expand the scheme into Trafford later in the year when more bikes become available.

Mayor of Greater Manchester, Andy Burnham, said: “We wanted to create a cycle hire scheme in GM so that more people had access to an affordable, accessible and sustainable form of transport.

“It’s great to see how the scheme has been received by the people of GM so far. Seeing the number of people riding around Oxford Road, the University of Salford and MediaCity on our iconic yellow bikes has been brilliant – and I’m really looking forward to more bikes becoming available in the future.”

The mayor is also urging families, as the weather improves, to get out walking and cycling and make use of the advice and resources at the Transport for Greater Manchester Bee Active website, where people can also sign up to a variety of low cost cycling courses to boost their confidence on the roads.