Loan sharks are circling in North Manchester: debt awareness is key to fending them off 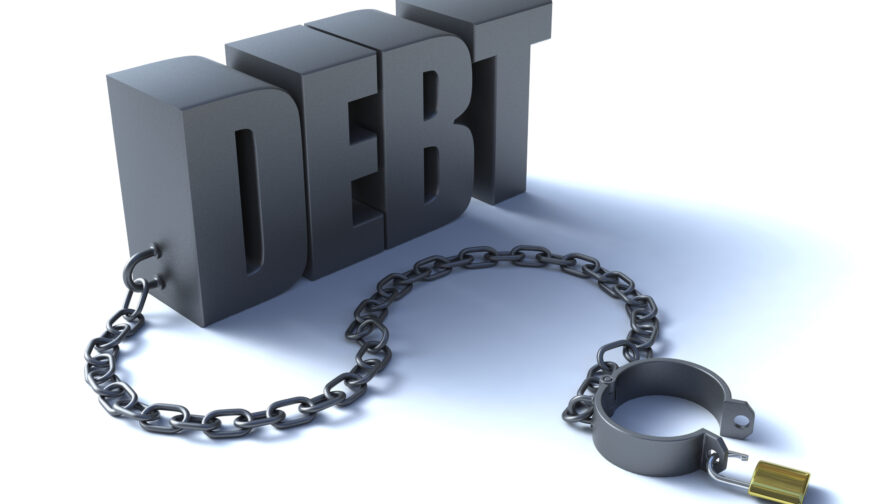 Chain Reactions debt awareness event aims to help the increasing numbers of families struggling with debt, which threatens to drag them down with it, due to the cost-of-living crisis.

Poverty and debt is dragging evermore of us down across the UK. Prior to the pandemic the government calculated there were 14.5 million people living in poverty, that figure is estimated by the Legatum Institute to have risen to 15 million by September last year. A cost-of-living crisis is well underway, with energy and food prices going through the roof, leading to more people experiencing debt and poverty.

The Chain Reactions event on the 25 and 26 March at the Methodist Central Hall in Manchester aims to raise awareness to the problems faced by individuals and families suffering from household debt, offer advice to those suffering from it, and discuss what changes need to be made to reduce the burden of household debt and its attendant poverty.

Organised by the Jubilee Debt Campaign and the Manchester Methodists, the two day drop-in event will be officially opened by the Lord and Lady Mayoress of Manchester at 10:30 on 25 March. Deacon Pru Cahill is a minister at the Methodist Central Hall and a key organiser of the event. She told The Meteor that the event had been created “because of the impact of rising prices on families and individuals who are already struggling. We have a concern for the policies and circumstances which allow people to fall into debt and want to make a difference.

“We hope it will grow awareness for the issues – that debt is not always a matter of poor financial management, and to look for ways communities and individuals can make a difference through campaigning and action. We also hope to provide practical help through debt advice agencies.”

Just prior to the pandemic hitting the UK, the number of working families living in poverty hit a record high of 17.4%, equal to one in six working households, according to a study by the Institute for Public Policy Research (IPPR) which showed the highest in work poverty rates in the 21st century. The IPPR report listed four main factors leading to the growth in poverty: low wages, social security payments failing to keep up with rents, spiralling housing costs among low-income households and a lack of flexible and affordable childcare.

The pandemic has led to widening inequalities for families bringing up children, particularly in the North of England. A report released in December by the Northern Health Science Alliance (NHSA) showed that children in the North had a 27% chance of living in poverty compared to 20% for the rest of England. One reason raised for this in the report is the much larger cuts on Sure Start children’s centres, where in the North spending was cut by £412 per eligible child, compared to only £238 in the rest of England. Boris Johnson’s levelling up promises have a lot of ground and height to cover due to the numerous austerity driven cuts that have slashed public services, affecting those that need them most.

Wendy Steele of the debt advice charity Gateway M40 does not need to see reports on poverty to understand it is getting worse; she experiences it from the increasing number of people in north Manchester approaching them for help. Steele described poverty and debt in the region developing into a “huge tsunami, which we already knew was going to be coming because of the pandemic. But obviously now with other world events happening, what’s happening in the Ukraine, the impact on gas and electricity prices, petrol prices, and food prices, it is becoming an impossible burden.

“So we’re not actually talking about poverty anymore we’re talking about deprivation on a huge level… it is a really, really terrible situation, and as it stands at the moment it is only going to get much worse.

“So the impact of that on things like suicide rates, mental health, and the fact that loan sharks and illegal money lenders have been able to move back into deprived areas, certainly north Manchester. We’ve been able to keep them at bay for some time and they’re now moving in at a rate of knots. People are turning to these types of lenders in order to survive, so they’re not borrowing money for luxuries or additional things they are borrowing money just to survive.”

Gateway M40’s name is derived from the postcode that covers large parts of north Manchester, and the organisation was started by Revd Chris Fallone in Collyhurst in 2016. With a million pounds in funding available Fallone consulted the local community to see how the money could be put to best use. Top on the list of responses was debt and benefits advice, and so Gateway M40 was created.

Steele had 20 years experience in the banking industry, before she began working at the Citizens Advice Bureau, and then became manager of Gateway M40. Steele says that since the charity was formed they have written off nearly £7 million worth in debt, and increased incomes by about £3 million, by assisting people to claim the social security payments they are entitled to, whether they are sick, disabled, unemployed or working.

The first session of Chain Reactions after the opening event is a debt advice presentation at 11 am on 25 March, by Steele, who will also be one of the panel members on a discussion and Q&A on poverty and debt at 12 noon. Joining Steele on the panel will be representatives from Big Issue North, Acts435, Citizens Advice Manchester, Community Money Advice and a local housing association.

The pandemic and the rising cost of living, exacerbated by Russian aggression in Ukraine, may have brought this crisis to a head, but it has been a decade or more in the making. Steele criticises the austerity driven cuts that have reduced access to, and centralised public services, and is particularly critical of the cuts that have led to a decrease in the face to face advice people need when in a crisis. Councillors from Manchester will also be present at Chain Reactions, who Steele is keen to reach because “they need to know what’s going on, and unfortunately I don’t think a lot of them have got a real handle on what’s going on in the community and the kind of support and advice that people need.”

The problems Steele is providing advice on during her work with Gateway M40 are escalating in seriousness, she says:

“Five years ago I would be talking predominantly about managing budgets and prioritising, you know, payments, rent, council tax, etcetera, and how to then manage your remaining budget that you had available.

“I can’t do that at the moment because the income that people who are in receipt of Universal Credit have coming in is being lost virtually immediately when they paid rent, council tax, gas and electricity. Now there’s not enough to eat, let alone pay anything off.”

Last October the removal of the £20 a week added to Universal Credit payments during the pandemic has been an extra challenge for people to deal with. The Joseph Rowntree Foundation calculated that on average 21% of all working age families would experience a £1,040-a-year cut to their incomes due to it. These same families are now having to deal with an average price rise of £693 a year, due to the price cap on gas and electricity rising on the 1 April.

The Office of Budget Responsibility suggest Steele and her debt advising colleagues will be presented with many more people suffering from household debt. The OBR’s March forecast predicts that living standards in Britain are expected to fall at the quickest annual rate since the mid 1950s. A 2.2% drop per person in real household disposable incomes is expected in 2022-23.

Alleviating the burden of household debt

The lack of face-to-face advice available to people suffering from household debt is a major stumbling block to providing help, Steele says, particularly when it comes to M40’s clients who have got complex needs, low levels of literacy and numeracy, and limited access to digital communications.

“No one is saying that those platforms shouldn’t be available. They absolutely should be available, but there has to be stepping stones for people to be able to use them. And you still have to acknowledge that there are people in local communities who need to come into safe spaces to be able to talk about their hardship.”

Corporate, for-profit businesses advertising debt management plans on social media are also problematic Steele says. These plans advertised on social media make a profit by adding a commission onto a monthly debt payment scheme, whereas Gateway M40 predominantly works with debt relief orders and bankruptcy because it provides immediate resolution to the problems and gives people a fresh start unburdened from their debt. Education is also key to creating change, Steele says, from “warning of the dangers of illegal money lending” to “education in skills around money management and budget management.”

Looking forward to welcoming participants to the Chain Reaction event at Friday’s opening session, Cahill also says that she is eager to learn more about the issues around debt, and solutions to it, during the networking conversations taking place. When it comes to change Cahil believes what is needed is a “compassionate understanding from government on the impact of rising household bills on families, children, everyone really” alongside “Better regulation of credit offers from banks and retailers.”

On Saturday 26 March the second day of Chain Reactions kicks off at 11 am with a Resisting Household Debt workshop lead by the Jubilee Debt Campaign. In the afternoon at 1:30pm they will show a film on debt followed by a discussion, leading to action points for Manchester.

What should you do when faced with debt?

So what should you do if faced with a depressing amount of debt that threatens to drag you down along with it? Steele says:

“Don’t suffer in silence. It’s very difficult for people to make that step, we understand that. We work with vulnerable and complex needs, so we can help with whatever it is that you’re struggling with. And once you’ve got that support in place, we’ll look to support people holistically around that.

“So you might approach an organisation because you’re in debt, but that organisation will usually be already linked into other community organisations who can support you If there’s a crisis and can then help you to move forward… The whole basis of Gateway M40 is about empowering people to be able to deal with their own financial situations. But we fully understand that people need help to do that and.

“So yes, the first thing is always to get advice. And the second thing is to make sure you get that advice from a properly authorised organisation.”

Using foodbanks and community supermarkets is also a strategy Steele recommends as well as contacting your local council to access their Household Support Fund (HSF), such as this one in Manchester, who may also be able to direct you to organisations offering free fuel vouchers if you are struggling to pay your gas and electric bills.