Danny Moran: Does the council’s Planning Committee do rehearsals? 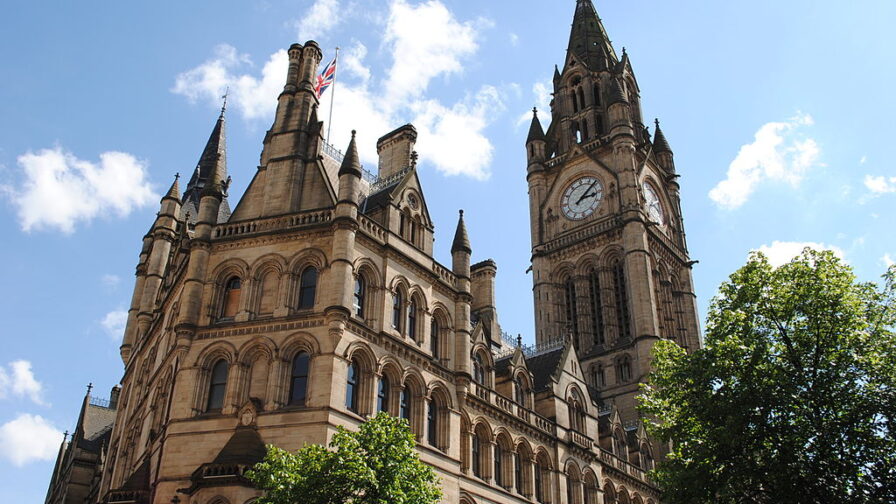 Danny Moran investigates allegations that the Planning Committee of Manchester council have pre-planning meetings, which act as rehearsals for the next Planning Committee meetings where multi-million pound developments may be voted through. Guest article from About Manchester.

It’s a billion-pound business and the city’s most controversial game, Manctopia’s very own golden-egg-producing goose…development. So you could have been forgiven for straining an eyebrow last week over rebel councillor Marcia Hutchinson’s claims in this column with regard to the Planning Committee.

“I remember people picketing outside…” she said. “I remember going in and thinking ‘you’re picketing the wrong meeting. The decision on how we’re all going to vote has been made earlier…In one case I was told ‘yeah, good Marcia, it’ll be good to have somebody sounding a bit of opposition in the meeting…’ It was almost a rehearsal.”

It chimed with what the Trees Not Cars campaign group told me about the committee which passed the controversial Ancoats car park plan in 2019 – which the pressure group later succeeded in having reversed.

“We were really confused…everybody seemed to speak against the plan but when they took the vote it passed…it was like the committee were performing for our benefit, because we were in the room.”

And it chimed with what a Liberal Democrat councillor told me about his experience of so-called scrutiny committee ‘pre-meetings’, which are less strictly legislated.

It is of course illegal to pre-decide the outcome of a public planning committee meeting – but arguably quite natural for the contingent from one side to discuss their party line beforehand. A problem might be suspected when in a one party state like Manchester the party contingent and the planning committee as a whole are more or less one and the same. Particularly under the stewardship of a ‘strong leader’ like ex-supremo Sir Richard Leese.

Rehearsed in private, performed in public…it was a trope quite commonly revisited by dissidents in the final days of the Leese administration. “Danny,” one councillor emailed me last year. “I thought that I would let you know that Planning pre-meetings are alive and well in the Labour group. They are now described as “coffee with the Chair”. They take place at 1pm before the Planning meetings.”

As a journalist when you hear a whistle blown like that it does cross your mind: is somebody trying to set somebody up here? The golden Dictaphone, safely stowed in an undersea grotto under the guard of mermaid paramilitaries, suggests otherwise: there has been no shortage of councillors talking up the ‘enactment’ scenario.

Whatever the truth of such claims – and there certainly isn’t proof of any wrongdoing – we should note that Marcia Hutchinson, a former planning solicitor, did not herself see illegality in the dress rehearsal she described – merely a sham with respect to the spirit of local democracy.

Obviously, there’s an ‘everybody-thinks-that’s-how-it-works-anyway’ slant on this, along with the ‘how-do-you-prove-it’ thing and the ‘stupid-to-get-caught’ element. But for the council respectability is key. Whenever a new phallus for the Manchester skyline is proposed the public must be confident it hasn’t been greased under the table, behind closed doors.

It seemed the right time to seek a right-of-reply from Planning Committee chairman, Basil Curley, so I emailed town hall.

Towards the end of my interview with Marcia Hutchinson last week she alleged that decisions made by the council’s Planning Committee are pre-arranged in meetings of the Labour group. The situation she describes is one similar to ‘rehearsal’ before the Committee meets proper. Given that Labour holds almost every seat on the Committee she suggests the party is able to circumvent the law prohibiting pre-meetings by convening instead as the Labour group contingent. The desired outcome can then be ‘performed’ at the Committee meeting itself. Could you ask Basil Curley for a response to this? Is the picture Marcia paints of the workings of the Planning Committee one that he recognises as fair and accurate?

Basil, unfortunately, was unavailable – let’s hope not busy with his Kenco machine – but after a delay a spokesman came back with a careful response.

Planning is a quasi-judicial process, and all applications are judged on their own merits having regard to national and local planning policy frameworks. Each committee decision is debated in an open forum as part of a meeting held in public. Claims of predetermination are without merit.”

The reader may make up his own mind whether the question has been answered or not. But whatever, there isn’t the wherewithal here editorially to contradict that version of events, merely the duty to report the claim and counterclaim in the public interest. Obviously, we must encourage the reader to recall the high standard of probity with which the Labour group has conducted itself over many moons, and to not give undue weight to the ravings of sectarian leftists, anarchists and vegetarians.

First published in About Manchester on 14 February 2022