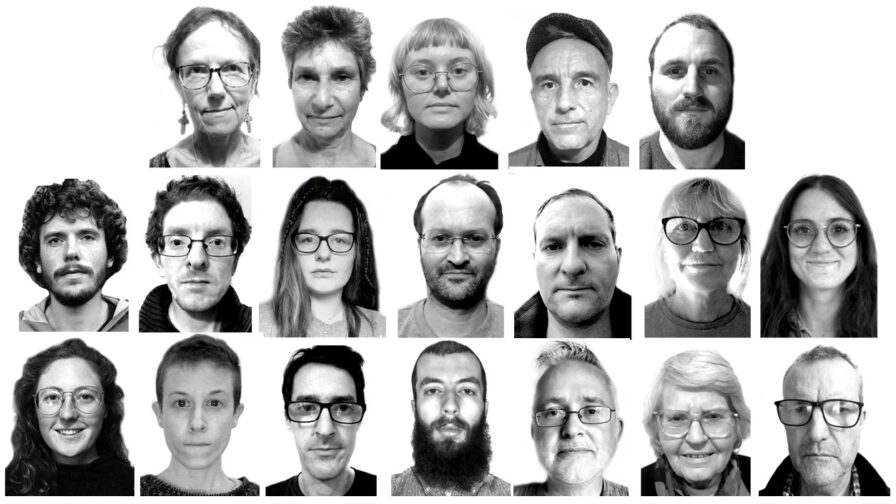 Insulate Britain activists are in court today. They face conviction and possible imprisonment for their direct action protests aimed at spurring the government into action to combat climate change.

Jess Causby, a café worker originally from Leigh in Greater Manchester is one of 19 people up before the High Court today, for breaking the M25 injunction granted to National Highways in September 2021. If convicted of breaking the injunction, in this civil court trial, the defendants face being fined, having their assets seized and up to two years in prison.

Activists from across the UK, concerned about the lack of government action to combat the climate crisis, took part in sit ins blocking motorways such as the M25 in London and the M56 in Manchester, throughout 2022. This caused huge tailbacks for commuters using these motorways and a considerable amount of media coverage of the protests and the widespread concern for the impacts of runaway climate change that had provoked them.

National Highways and government’s response to try and prevent the ongoing protests was to take them to court and get an injunction against them, threatening them with a range of punishments if they protested again and broke the injunction. Using tactics reminiscent of the suffragettes’ battle to promote equality for women, many of the Insulate Britain protestors decided to continue their protests calling for the government to carry out a large-scale insulation programme to “Britain’s leaky homes”, despite the injunction. Residential properties are responsible for 15% of the UK’s total greenhouse gas emissions.

One of those breaking the injunction and in court today is the Insulate Britain activist Jess Causby, currently living and working in London, who said the “hearing at the High Court will be the third time that the government is using civil law, rather than trial by jury, to try and halt our campaign of resistance. They know that a jury of ordinary people would not convict us. A jury would agree that the government is failing to protect the people of this country from the misery of fuel poverty and the growing threat of societal collapse caused by the climate crisis.”

A jury of ordinary people last month cleared the four people accused of illegally removing the statue of Edward Colston in January. Tried in Bristol Crown Court, a criminal rather than civil court, a jury of their peers found the statue protestors not guilty, finding in favour of the activists’ strong arguments and convictions that the statue of the slave trading Colson was indecent and potentially abusive. Labour MP Clive Lewis said of the case. “The real crime was the fact the statue was still there when protesters pulled it down.”

“It’s my second time in this court for breaching injunctions. Last time I asked the prosecution team to do the moral thing and close their laptops and bin their papers and walk away. 50 days have passed since then. What a waste of intellect, skills and resources. Just imagine if that prosecution team were instead focussed on helping dig us out of this self-inflicted hole of climate and environmental collapse? It’s very sad.”

Last November Insulate Britain protestors, gluing their hands to the floor, blocked junction 6 of the M56 leading to the Manchester Airport causing large traffic tailbacks. There were 18 road blocking protest carried out by the climate activists, between 18 September and 2 November of last year, with the majority affecting the M25 round London.

Reverend Sue Parfitt, 79, is an Anglican priest from Bristol who was previously detained for blocking the M25 in November last year. Parfitt, who is also up in court today, said:

“When I was sitting on the motorway , I knew why I was there – to flag up justice for the poor, to witness to the truth of the climate crisis.  But now I am being deprived of my human rights to protest and to manifest my religious belief by this civil case against me brought by National Highways.

“I want to tell the public to wake up! Do whatever you can to put pressure on the government to take meaningful action to slow down the impending climate catastrophe.”

The government to date has a poor record of implementing home insulation programmes. The £1.5 billion green homes grant, a key part of Boris Johnson’s pledge to “build back greener”. A National Audit Office (NAO) report in September last year showed that the grant scheme was scrapped after six months due to a rushed and faulty applications system, which led to 3,000 complaints being received over a seven-month period. The NAO determined if all application received were undertaken only 10% of the total homes planned, would have been upgraded, at a total cost of £314m, leaving the majority of the £1.5billion unspent.