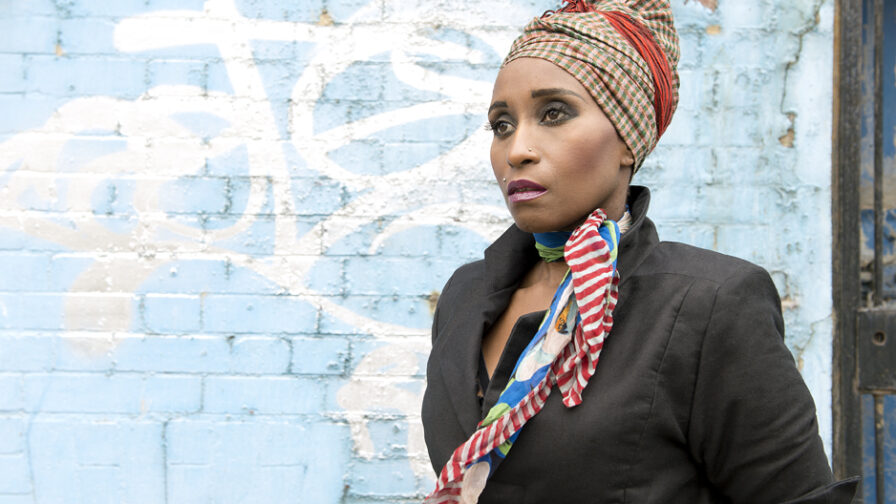 Inspired by Article 9 of the Universal Declaration of Human Rights, Malika Booker created this poem for inclusion in A Poetic Declaration, commissioned for the Ripples of Hope Festival at HOME in Manchester, in September.

Malika Booker, a poetry lecturer at Manchester Metropolitan University, was Inspired to write this poem by Article 9 of the Universal Declaration of Human Rights, which codifies the right to freedom from arbitary arrest and exile. Malika said:

“I chose to respond to Article 9… Since the migration of West Indians into Britain in the 40’s – the windrush community has been subjected to unprecedented biased and rascist behaviour from our police force, ranging from corrupt policing, police brutality and racial profiling.

“The sus laws In the late 70’s and early 80’s resulted In many Injustices being committeed against black men and there has been a continued high number of deaths In police custody Includeing a cousin of mine. We look at the Injustices In the USA and see Britain as a liberal and just society.

“I wanted to address this In my poem. The poem Is both catalogue, archive and witness to the ongoing actions of our police force.”

Exhibits 2 – Monologue Poetic translation by a griot in 2020

Since the news her bones had been sluggish

How she held it in, did not bawl

And the weight piled up bent her back with age

The next laid out in a bed incessant bleeping

Tubes attached to her arms. How do you warn your boychild

You can die buying a pack of cigarettes and chocolate

The clot of mud bounced the coffin – ripped from her mouth

A primal high-pitched roar and base tone, that raised pores,

That rippled her belly each exhale. This was like birthing

21 years ago. How useless her warnings – to look both ways

When crossing the road, drive within the speed limit,

Thrown onto the floor, arms handcuffed, weigh on your body

As she remembers her inadequacies press her palms

Into her belly pushing air through her body like an

The seven wasps littering her floorboards, this morning

It is autumn now and wasps knowing something

Important died from this house arrive in swarms

To die littering her parquet floorboards

“What kind of mother/ing is it if one must always be prepared with knowledge of the possibility of the violent and quotidian death of one’s child.”

“Is it mothering if one knows that one’s child might be killed by the state no matter who wields the gun?”

“Swallowed whole by the state, purged by the police, stopped and frisked, back broken, humiliated…”

“I ask again – what does it look like to defend the dead.”

In the Wake – on Blackness and Being – Christina Sharpe

Always – comments “she is holding up so well”

Metaphor for newly baptised mother for the ongoing revolution

Metaphor for no language – this is a damn metaphor

How when she heard the news

(She) sat all night in a darkroom

Stitching his face in the cloth embroidering

Then unpicking     each hour, the endless lift of needle

The next the savage pull and tear of needle picking,

This is not seasonal – it is everyday

There is no respect for your grief – the goats are bleating. Bleat bleat

The Academic comments – Hmmm, he taps his chin, it goes right back to anthropology – E.E. Evans Pritchard b.1902

Savages – beast, it is his haunting, haunting this savage beast referred to

The police, chokehold, police statement. Not guilty. No persecutions.

The statement and all that air on the white page.

The wake is fire in the streets, is matchsticks to buildings, is bottles flung at police, is footsteps marching/ is no jus/tice

Is just in our pores always

Malika Booker is a British poet of Guyanese and Grenadian Parentage and the founder of Malika’s Poetry Kitchen. Her pamphlet Breadfruit, (flippedeye, 2007) received a Poetry Society recommendation and her poetry collection Pepper Seed (Peepal Tree Press, 2013) was shortlisted for the OCM Bocas prize and the Seamus Heaney Centre 2014 prize for first full collection.

She is published with the Poets Sharon Olds and Warsan Shire in The Penguin Modern Poet Series 3:Your Family: Your Body (2017) and her poem Nine Nights, first published in The Poetry Review in autumn 2016, was shortlisted for Best Single Poem in the 2017 Forward Prize.

The Little Miracles, commissioned by and published in Magma 75(autumn 2019) won The Forward Prize for Best Single Poem (2020). Malika received her MA from Goldsmiths University and is a PhD Candidate at the University of Newcastle.