We must declare a biodiversity emergency here in Greater Manchester 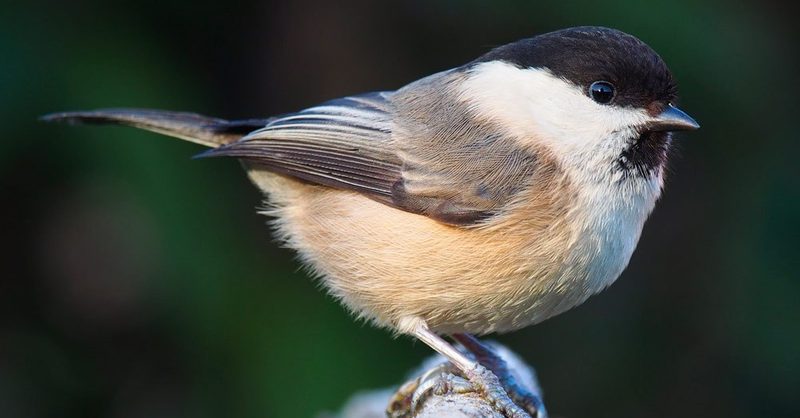 As the birthplace of the Industrial Revolution, and with the ambition to be a world-leading Green City Region, Greater Manchester must declare a Biodiversity Emergency just like it did for the Climate Emergency, says James Walsh.

Watch the mainstream media coverage of COP26, and you’d be forgiven for thinking that environmental degradation is only happening elsewhere – in places like South America, Africa, Australia, Asia, the Arctic and the Antarctic.

Amongst the “blah, blah, blah”, I personally didn’t see one article or news item on the Biodiversity Emergency in Greater Manchester.

However, the Biodiversity Emergency is happening right now, right here on our own doorsteps.

This is one of the reasons that, in March 2018, at the first Green Summit, I launched the Greater Manchester Birding City Region Project – to encourage the people of Greater Manchester to fall in love with the birds on their own doorstep, including caring about species decline and to work together to try to find solutions.

Anyone who watches their garden birds has probably noticed falling numbers of House Sparrows and Starlings. This is just the starting point.

From an ecological point of view – and pardon the pun – birds are the ‘canary in the coalmine.’ They are the key indicators of the health of the environment.

And yet, compared with the political grandstanding about the Climate Emergency, the Biodiversity Emergency in Greater Manchester has, so far, been completely ignored. According to my research there are literally just two Tweets on this subject from the GM Green City Twitter account, and none from any of the Councils specifically recognising that there is a Biodiversity Emergency in Greater Manchester.

“From an ecological point of view birds are the ‘canary in the coalmine.'”

In his manifesto this year, Andy Burnham made a commitment to sign the Edinburgh Declaration on Biodiversity. This hasn’t happened yet, despite many Mayors from around the world already signing up to it. There is a reference to the Biodiversity Emergency in the UK in the Greater Manchester Local Nature Recovery document – but how many residents have read page 14 of Annex B of the Local Nature Recovery Strategy Pilot!

The Biodiversity Emergency should be shouted about from council rooftops, rather than languishing in a document that very few people are likely to read, especially in the months leading up to COP 15 – the United Nations Biodiversity Conference in Kunming, China in April/May 2022, where the world is gathering to agree a new set of goals for nature for the United Nations Decade on Ecosystem Restoration, up to 2030.

We have reached the stage where the Greater Manchester Combined Authority (GMCA), along with every borough in the city region, must immediately declare a Biodiversity Emergency in our city region.

We need look no further than the recently published Greater Manchester Bird Report 2012 to grasp the scale of the biodiversity crisis. As someone who has spent many years looking at the Greater Manchester environment since the 1980’s, reading this report was highly distressing.

Flicking through the report, it is rapidly noticeable how often declining populations are mentioned. I started to make a list of the bird species that I consider to be of high-level conservation concern.

How have these species fared since 2012? My personal field observations would suggest that when the Greater Manchester Bird Reports for 2013 – 2020 are published, we are likely to see a similar, if not much worse, picture.

It is painful to say, but unless we experience high levels of culture and ecological change, some of these birds are likely to become extinct in Greater Manchester in my lifetime – either as breeding birds, or, as in the case of the formerly common summer migrant Turtle Dove, completely extinct in the city region.

We celebrate the Turtle Dove every festive season, yet how many people realise that this species of bird has become our Passenger Pigeon which was extinct by 1914?

Awareness is one of our biggest advantages in attempting to halt species decline, and declaring a Biodiversity Emergency in Greater Manchester would take that awareness level to an all-time high.

It can also start a conversation about what resources and investment are required to fully address this extremely important part of the wider ecological emergency in Greater Manchester.