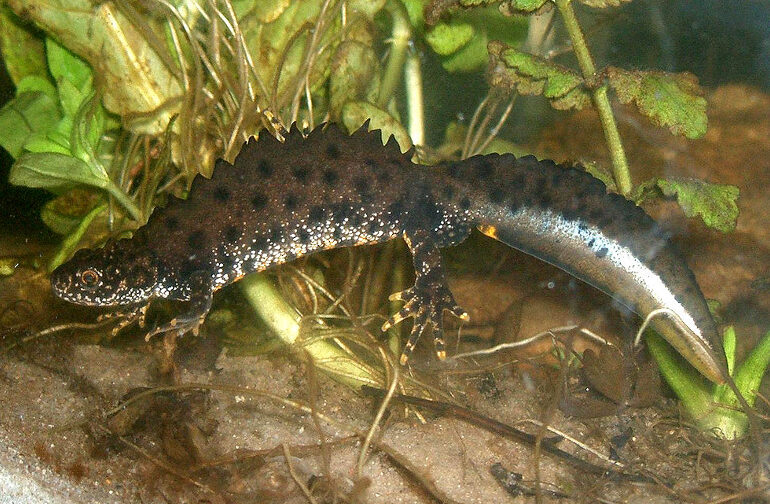 Both of these ecologically important sites are under threat from the draft Greater Manchester Spatial Framework (GMSF), which is allocating areas for economic and housing development. The decision to use green belt land was decided on by the 11 members of the Greater Manchester Combined Authority, with very little public input into the decision. The GMCA rejected three other proposals where green belt land was not affected.

The green belt in Greater Manchester (GM) was designated in full in 1984. Its main purposes being to protect the countryside and stop neighbouring towns merging into each other. The size of the green belt, in 2015, across Greater Manchester was 59,350 hectares (a hectare is equivalent to 1.4 football pitches). The current GMSF plans is to cut that amount by 4,900 hectares. An 8.2% cut to GM green belt land that is very unlikely to be replaced.

The area of Green Belt to be destroyed at the Sunbank Wood site is approximately 12 hectares, (the full development area is approx. 20 hectares) and is designated AG1 Airport City South in the GMSF. Around four hectares of this development is planned for commercial floorspace.

This threatened industrial development comes just four years after a previous airport expansion, The World Logistic Hub, built warehouses on what was previously Green Belt land in the Sunbank Wood/Marl Pit area. A campaign and petition to stop the development was unsuccesful.

The Sunbank Woods is also a popular walking area. Dennis Neill runs the Wilmslow Walks website which criticises the encroachment of the previous Manchester Airport expansion in a Sunbank Wood walk post. Neill told The Meteor what he thought of the latest plans:

“It’s very sad news to hear about this further development. The airport keeps expanding and devouring all in its path. It was such a surprise discovering Sunbank Wood a few years back. Tucked out of the way and such a magical, peaceful and tranquil place. What a sad reflection on a greedy commercial Council to take industrial buildings right up to the boundary of something so wonderful and free.”

Both sites under threat are Class A BSI’s, which according to the Manchester Biodiversity Strategy:

“assumes a presumption against development, that the habitat is one of the best representation of that habitat type within the region and the species present are one or more of the regionally rare species”

Marl Pit’s numerous ponds are breeding sites for the endangered great crested newt. It is protected under UK and European law, and is also one of the four amphibians included for special protection in the UK’s Biodiversity Action Plan (BAP). Government restrictions on activities that harm newts also cover the land surrounding the ponds, and is prohibitive of building and development work unless an ironically named ‘conservation licence’ is obtained.

Sunbank Wood is a semi-natural woodland and home to awide variety of trees, including: ash, wych elm, oak cherry and beech. The wood is a very good habitat for butterflies and a wide variety of birds, and bird watchers. It also has a number of ponds (possible sites for great crested newts to colonise), of which one can be used for fishing. This type of woodland is classed as a Priority Habitat by the UK BAP, due to the great diversity of animal and plant species that they support.

Cotterill Clough is a Site of Special Scientific Interest (SSSI) which lies along side the Marl Pits SBI, and with Sunbank Woods forms an important connected area for biological diversity. It is described in the SSSI citation as, ‘the most diverse clough woodland on base rich soils in Greater Manchester’. The Clough is also home and breeding ground for a number of rare birds including the greater spotted and green woodpecker, and 79 different species of spider have been recorded.

The planned GMSF development will border the SSSI, and any further erosion of the Green Belt in this area threatens to completely obliterate Marl Pit and severe its connection with Sunbank Woods.

Manchester City Council would not comment on these plans, despite the areas threatened lying within the borough. The Associated Greater Manchester Authorities contact (suggested by MCC) did not reply to a request for comment.

The plans to destroy parts of Sunbank Wood and Marl Pit fly in the face of the advice given to GM councils by their own experts the Greater Manchester Ecology Unit, who state:

“In the UK we have lost over 100 species during the last century, with many more species and habitats in danger of disappearing, especially at the local level… Local Authorities recognise their responsibilities for contributing to the effective conservation of biodiversity at a local level, to maintain an attractive natural environment… to sustain the well-being, not only of current, but also future generations.”

In a draft consultation for the GMSF the Greater Manchester Combined Authority stated:

“We are committed to release the minimum amount of Green Belt to meet our need sustainably” and that they wish to protect “the newly defined Green Belt boundary”.

Green Belt land is a precious and limited resource, which is easy to destroy and very, very difficult to replace. Biodiversity can not be sustained in Manchester if we continue to lose ecologically important habitats. The economic and residential pressures will always be there to chip away at Green Belt land. And as previous land grabs at the Sunbank Wood sites show, when it comes to council decisions on protecting the Green Belt boundary: economic arguments often trump environmental ones.