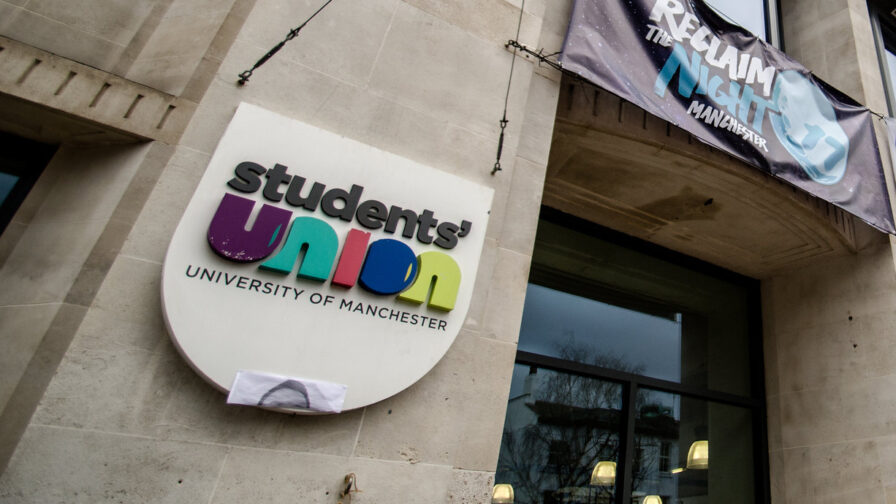 Student staff of the Students' Union at the University of Manchester have spoken out about a lack of support after management decided to furlough zero-hours workers with conditions that severely limited their pay and left many unable to cover their rent and living costs.

Students’ Union staff at the University of Manchester, say they received no communication from Union management about their furlough arrangements for the first week of lockdown. They then received an offer on Thursday 12 November, just one day before the government’s deadline for submitting furlough applications, at 11 pm the following day. Staff were shocked that the furlough offer was based on hours worked during the two previous months of reduced shifts due to Covid-19 disruption and Manchester’s Tier-3 pre-lockdown.

Sent out via University of Manchester Students’ Union (UMSU) staff intranet StaffSavvy, the message alert required them to agree with the terms set out by UMSU before they could access payslips, shifts and private information they previously had access to.

With the announcement, on the 31 October, of a new national lockdown to commence on the 5 November, several student staff working in the food, retail or student support services, tried to communicate with Union management to find financial support and details about a furlough deal. The staff say their questions were met with silence from the Union:

Chris Waugh, a PhD student and a bar supervisor at the Students’ Union, said:

“When the new lockdown was announced we all mass contacted the Student Union asking what’s going to be the arrangement with furlough. We had two weeks of knowing absolutely nothing.

“Then suddenly out of the blue, the Student Union say ‘OK we’re giving you furlough but it’s based on your September [and October] shifts’.”

Waugh, who took screen shots of the StaffSavvy message which can be seen above, told The Meteor that since September, shifts at the Union have been few and far between:

“Barely any shifts were going round. In September people were getting only three to four a month, where normally you would get that weekly.

“80% of wages if your working three to four shifts a week works out, it’s is manageable. But 80% if you’re working three shifts a month. For most people, that’s less than £100.”

Due to the irregular conditions of zero-hours contracts furlough payments are calculated from the average hours worked. Guidance published by HM Revenue and Customs, on 12 June 2020 and last updated on 10 November, on the Coronavirus Job Retention Scheme (CJRS, AKA furlough scheme) recommends that furlough calculations are based on the average hours worked within the last tax year of 2019 to 2020 to avoid prejudicing zero-hour workers affected by Covid-19 disruption. During the first lockdown most zero hours UMSU staff who had worked there long enough were furloughed under this calculation.

It’s unclear why the Students’ Union has chosen a different furlough calculation in its recent application. The Meteor asked the Student Union for comment regarding why the furlough pay calculation was only based on the hours worked over the previous two months (they did not answer that question) and whether they had a plan to address student staff concerns about the furlough scheme and poor communication around it. Rebecca Eley, Deputy CEO of the Students’ Union, said:

“I can confirm that we do have a plan to address the concerns of our student staff.  Last week an open meeting was scheduled with the student staff and the management team at the Union on Friday 20 November at 11am. … I do not feel it would be appropriate to share this information with [The Meteor] until we have had the opportunity to share it with our staff.”

Sebastien Schmidt is a MA student and kitchen worker employed by the Students’ Union. The business that Schmidt worked at was closed for half of September and he also contracted Covid-19 in October meaning he missed more work. Having missed close to a month of shifts his furlough pay will be severely reduced under the Union’s calculation. Schmidt said:

“They have not justified it at all. I’ve emailed them twice with those specific questions about their decision and got nothing back. Rather than using the calculations recommended by HMRC, they’ve used the average wages of the last two months. For me and a lot of people, that’s a lot less than we got in the first furlough”

One student staff member, who asked to remain anonymous, said:

“It’s not how you run a serious organisation, is it? What makes me laugh is they expect you to respond very quickly, but then they don’t. The management of the university is awful as well, there’s no support for staff as well as students. As a result of this mess I’ve had to take out a second overdraft to cope, partly as a result of this decision.”

With the passing of the furlough application deadline at 11 pm on Friday 13 November, staff face an uncertain financial future. Several have caring responsibilities while essential living costs and rent are constant and now crucial concerns.

Waugh is self-funding his PhD through work at the Union and as a teaching assistant at the university.

“I’m a carer for my grandmother which includes providing her with financial support for several reasons. I’ve had to borrow money off my girlfriend, my savings are minimal at this point.

“There are quite a few people who are either carers or supporting a parent on a low income. The money you get from student finance often barely covers your rent, let alone your living costs.”

During the first lockdown, Schmidt got work in a supermarket. He noticed a clear difference in his experience of these employers:

“It’s interesting to me to see how a big corporation with essential workers was treating me a lot better than the Student Union.”

In October the Students’ Union received a £247,780 grant from the Arts & Culture Recovery Fund. It’s unclear if any of this has been ring-fenced for paying staff, as the Student Union did not answer The Meteor’s questions regarding this grant. Schmidt said.

“We want to see how that’s being used and if that can be diverted to staff pay. Executive directors should take pay cuts since they messed up. We’d also really like to see the Student Union make a public strategy to improve communication between the business and staff.”

The Union’s open staff meeting on 20 November will have senior managers in attendance including the Union director and CEO Ben Ward. All staff with concerns and questions regarding the furlough scheme are encouraged to attend.