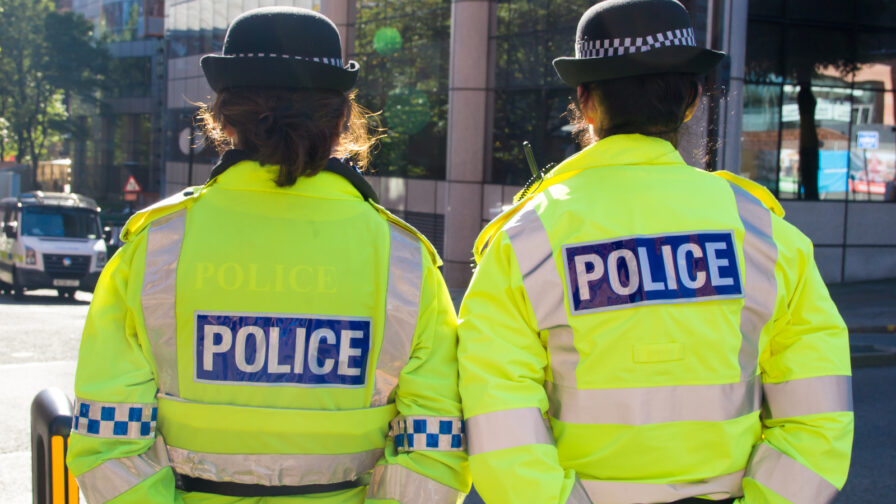 Motion passed by teachers union condemns plans for school-based officers and says evidence supporting their use is 'non-existent'.

The Manchester branch of the National Education Union (NEU) has condemned plans set out by the Greater Manchester metro mayor Andy Burnham to put police in schools. The union, which represents teachers and education support staff, has highlighted fears that the policy could lead to the criminalisation of vulnerable students.

Burnham’s plan to put police officers in schools is part of a range of measures the Mayor hopes will tackle violent crime among young people.

Last week Manchester’s NEU branch, which represents at least 4,500 educators across the city region passed a motion calling on the local authorities to “decriminalise the classroom” and endorse the community-led campaign No Police in Schools.

The statement came in response to moves by Burnham to appoint 20 school-based police officers in schools across Greater Manchester.  The policy is aimed at tackling rising trends in knife crime and youth violence.

The policy has triggered a backlash among teachers and racial justice activists who claim the introduction of a permanent police presence in schools would increase anxiety and alienation among vulnerable young people. The campaign, No Police in Schools, launched to oppose the plans has received a boost from official union support.

Dr Remi Joseph-Salisbury is lecturer in race and education and an organiser with the No Police in Schools campaign:

“The support of the NEU is absolutely vital to our campaign, and many teachers have been active in our campaign for No Police in Schools. Union support shows that concerns about police in schools come not only from campaign groups and young people, but also from teachers. …  It’s clear that the evidence and public pressure is mounting and those in power cannot continue to bury their heads in the sand.”

A joint report by the Northern Police Monitoring Project and the Kids of Colour group in Manchester highlighted seemingly widespread concerns about the policy’s impact.

The report which surveyed 544 people, including parents, teachers and pupils found that:

Roxy Legane, who co-authored the report and directs Kids of Colour also welcomes the NEU motion:

“We have been told by those implementing the plans that teachers want them. The support of the NEU challenges that rhetoric, and casts significant doubt over what is being commonly shared as a key justification for police in schools.”

The policy itself forms just one part of the metro mayor’s Serious Violence Action Plan. The document highlighted that in the last three years knife crime offences in schools increased from 61 to 127, a rise of 108%. This knife crime occurs disproportionately in the most deprived areas. The Deputy Mayor Bev Hughes has backed the policy:

“In Greater Manchester we want all schools to be safe places for children and young people as well as for staff. We want any police presence in schools to help build positive relationships between young people and the police. We are committed to making this happen and this proposal extends our existing neighbourhood policing approach into schools if a headteacher requests it. It will only happen if a school asks for the support.”

A key part of the NEU’s motion relates to concerns police officers will still be disproportionally placed in schools with more working class and black pupils, it states:

“We know black students are more likely to be stopped and search, racially profiled and logged no gang databases. We stand in solidarity with racialised communities who face over-policing both in the community and classroom.”

Research by Stop-Watch, a campaign that raises awareness about radicalised policing, found that last year Greater Manchester Police used stop and Search powers on black people almost seven times the rate that they were used on white people.

Assistant Chief Constable Rob Potts of Greater Manchester Police has denied that police in schools will result in similar discrimination:

“We are committed to working closely with schools and other educational establishments in order [to] build positive relationships and help keep young people safe. … This initiative won’t see officers present in our local schools and colleges to provide a heavy handed approach or criminalise pupils. They will be there to offer support and build positive relationships with the young people.”

However, teachers represented by the NEU feel funding is better spent elsewhere. The union’s motion, addressed directly to both Andy Burnham and Bev Hughes, argues:

“Instead of a police presence in school, money and resources should be directed towards recruiting more teachers, teaching assistants, pastoral support workers, moves to reduce class sizes and funding for training in restorative justice … let’s demand and build an education system and society that does not need a hyper-police presence.”