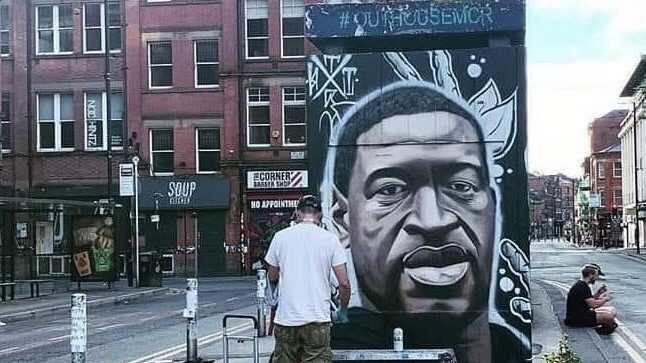 Today the trial hearing of the four ex-police officers charged with the murder of George Floyd begins in the US, whilst Mancunians demonstrate this evening as part of a national day of anti-racist solidarity. But incidents of institutional racism that have taken place in Greater Manchester in recent years remind us that there is still much work to be done here.

Whilst much of the UK’s mainstream press headlines around the Black Lives Matter movement have been focused on events in the USA, it is worth remembering that one of the reasons for the outpouring of support for the Black Lives Matter movement here in the UK, was not just disgust at that outrageous act but the reality that there have been so many incidents across this country which spring from the same racist philosophies and beliefs.

And that is not just the high profile cases like Steven Lawrence, the Windrush scandal, the killing of Mark Duggan, the virginity tests performed on south Asian women arriving in the UK to get married, but the lesser known, though no less disgusting instances of racism around the country and the fact that over the last few years, racist acts and activities have actually seemed to increase, it feels like things are getting worse.

The North West is no different to the rest of country and despite the semblance of much lower blatant “in your face racism”, inside the metropolitan Manchester bubble, there has been a spate of incidents and happenings around the region inside and outside that bubble that point to a very different reality.

Andre Moura was arrested by Greater Manchester police in Oldham July 2018 for a breach of the peace and died after being pepper sprayed and then repeatedly kneed in the head whilst being held down by police. He died later that night after being found “unresponsive” in the back of the police van.

In mobile phone footage of the arrest taken at the time onlookers can be seen to challenge the police behaviour as excessive, yet the Crown Prosecution service have just announced that no officers have been charged or disciplined over his death. It seems that having a black man die during what should have been a routine arrest for a minor matter (breach of the peace is not even classed as a criminal offence) is not worthy of taking further action.

Desmond Ziggy Mombeyarara was tasered by Greater Manchester Police in front of his five-year-old son at a petrol station in Stretford. The incident which was captured on mobile phone footage caused outrage and gained widespread national media coverage and even sparked an intervention from the Greater Manchester Mayor’s office.

Shortly after this occurrence a report “A Growing Threat to Life: Taser usage by Greater Manchester Police” was published that highlighted the fact that tasers are used on black people at nearly four times the frequency that they are used on white people.

Despite all of this, to date, no action has been taken against the police involved. By contrast, Mr Mombeyarara was promptly charged with driving related offences and obstruction of the police.

Abdullah Ahmed Abdullah Alhabib, was a Yemini national, seeking asylum from the war in his country. On 6 August, the same day that another asylum seeker in Glasgow was found, starved to death, Mr Alhabib was found dead in the Manchester hostel room in which he’d been placed by immigration authorities.

No cause of death has yet been announced, but fellow refugees in the same location have talked about the unbearable strain and stress caused by the ever-present threat of deportation.

These three apparently unrelated cases all have a common root in the disregard for the lives of Black people whether it be institutionalised in the immigration regime and their persistent culture of “hostile environment” or in lack of importance that the CPS gives to the death of a black man in custody, or the Independent Office for Police Conduct gives to the unnecessary over use of tasers on black people throughout Greater Manchester.

In America, the police charged with the killing of George Floyd will go on trial. Here in the North West of England it looks like getting justice is going to take much, much longer.