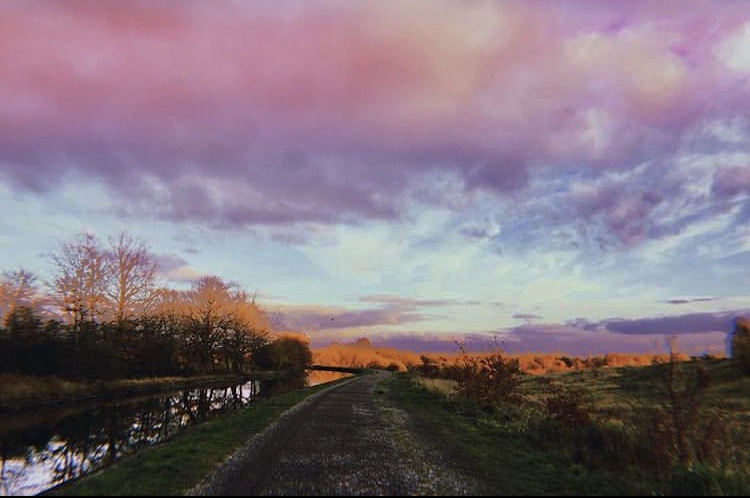 Ben Beach argues that in order to revive itself in places such as his hometown of Leigh, the left needs to engage with the grassroots organisations that are currently doing vital community work and re-cement itself as a force for practical, everyday change.

There’s an old story that goes like this: submerged beneath Pennington Flash – a water-filled hollow in Leigh, Greater Manchester – lies an abandoned village. As a kid, I was led to believe that in dry summers a church spire pierces the surface. Back then, when my mum drove past on hot July days, I’d crane my neck towards the window to try and catch a glimpse of this sunken and forgotten community.

Of course, like so many tales, it bends the truth. Below the water actually lies the ruins of an old farmhouse, abandoned long before mining subsidence made the Flash a permanent feature of the town’s landscape. Local stories, the ones we tell about ourselves – and those told about us – are often attempts to define a place and the lessons it has to offer.

In the wake of last December’s general election, there has been a concerted effort to define Labour’s defeat in Leigh and areas like it. The Right, gleefully, claim that the Tory victory was a repudiation of a left-wing economic platform and represented the wholesale endorsement of a ‘family, faith and flag’ social conservatism.

Socialists, rightly, underscore the sordid depictions of the Labour leadership, as well as the party’s decision to back a second Brexit referendum, and point to the overwhelming support for economic radicalism. Of course, any worthwhile analysis should be centred around the long-term erosion of support for Labour in so-called ‘red wall’ seats.

As Tom Hazeldine has noted, the eclipse of Labour in the party’s post-industrial heartlands was long in the making – between 1997 and 2010 the party’s combined vote in the North West, North East and Yorkshire and the Humber plummeted from 4.1 to 2.6 million. It’s clear that the main policy difference between Labour’s 2017 offer, when the party secured a majority of 10,000 in Leigh, and 2019 was equivocation over the Brexit question. Indeed, 52 of the 54 seats that flipped from red to blue – including Leigh – voted Leave in the summer of 2016. Yet it is in the deep decay, born from the Thatcherite assault and propelled further by Blairism, that answers to Labour’s wipe out are located.

For some, however, this context is superfluous to their analysis. December’s result provides an opportunity to indulge in ahistoricism where the 2017 result, and long-term patterns of decline, are secondary to the vague notion of a ‘working class’ that pays no attention to financial means, social position or working conditions.

The Guardian’s Northern Editor, Helen Pidd, is currently working on a series of articles about Leigh in order to locate the dynamics which led to the constituency’s political conversion. A recent instalment – billed as a piece surveying working-class, ex-Labour voters following the Chancellor’s Covid-19 ‘mini-budget’ last month – features an interview with the owner of an artisanal pizza parlour and reproduces, without challenge, a separate contributor’s deeply racist comments relating to immigration from the Middle East and Africa.

In Pidd’s piece she notes that, between March and May, Universal Credit claims in Leigh increased by 65% – and even observes a line formed outside one of the town’s pawnbrokers – yet judged a business owner to be the best barometer of the pandemic’s true social and economic impact. When I challenged her about this on Twitter, she informed me that “you can be working class and run a restaurant – or indeed be a property developer”.

Such malformed conceptions of class, alongside efforts to otherise post-industrial communities as inimitably opposed to racial and gender justice, are anti-analysis and serve only to bait and ostracise the left. Many will recall the reportage and comment that surrounded the Oldham West and Royton by-election in 2015. The Guardian’s John Harris, a master of the Legitimate Concerns vox pop, covered the contest extensively and proposed that the former mill town would be the place where ‘Corbynmania’ came crashing down to earth due to the party’s policies on immigration and Syria.

In the event, there was actually a 2.3% swing to Labour in Oldham as the party retained the seat with considerable ease. Sadly, Leigh now seems to have become the vehicle that media pundits have long yearned for. Indeed many seem to believe they’ve got a distinct feel for places in this mould, yet it’s clear they’re often merely projecting their own deeply reactionary views.

Historical forces, matured over decades, are the primary factor in Labour’s long-collapse. Thatcher’s routing of the union movement – and the evaporation of the political culture and social scene it delivered – the withdrawal of high-skilled jobs, the plundering of community assets, and the intensive demonisation of the poor has led us to this point. In spite of this, a spirit of collectivism does persist and it’s in these settings the left should make its presence felt.

Any profile of Leigh that sought to delineate a path to revival for Labour would seek out the community activists and volunteers of today. There are groups like Support for Wigan Arrivals Project who do vital work with local refugees and asylum seekers throughout Wigan Borough; The Brick, The Bridge and the Railway Road Project are instrumental in the fight locally against homelessness, hunger and social isolation; the inspiring young people who were part of RECLAIM’s recent projects in Leigh offer ideas and intuition. Insight from the actual working class, not an imagined one, must always be the starting point.

As others have already argued, the left must build a class base in communities by making itself useful to those already engaged in everyday struggle. Grassroots organisations that strive for and facilitate social change are vital in the here and now, as well as re-ingraining left-wing ideas and nurturing a spirit of collectivism for the long-term.

If places like Leigh, Bury, Heywood and Middleton, and Bolton North East are really to be won back, attempts to obscure and diminish insightful working-class voices, in all their diversity, must always be called out for what they are. If a revival of the left’s fortunes in such places is forthcoming, it will be because those same voices are amplified and given the space to lead.