‘The Future is Human’ according to MIPIM – but whose future and for which humans? 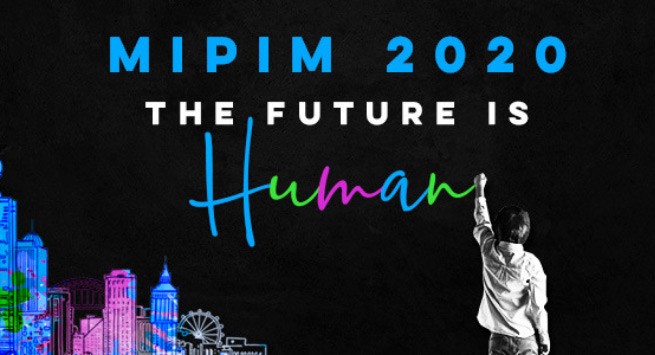 A four day extravaganza, where lavish hospitality is provided by property development companies hoping to strike a deal with those who can offer them the land to build on.

The theme of this year’s MIPIM conference, due to take place in Cannes next month, is The Future Is Human. MIPIM is a congregation of some of the very worst humans on the planet; those who either want to sell fake, exaggerated illusions about their contribution to the global property market; or people who want to throw money at other’s illusions, hoping it will prove lucrative to their wallets and legacy within the industry.

For some perspective, a standard pass to MIPIM will set you back €2095. Unfortunately that doesn’t include VAT, but it does include a discounted rate on the helicopter which you can choose to pick you up from the airport. It gives you the chance to network with 26,800 other participants in the property sector and access to 6380 investors MIPIM will “matchmake” you with if you’re able to sell your brand.

MIPIM’s website boasts 480 speakers spanning sessions on subjects including data, technology, sustainability, governance and happiness. One of the more interesting sessions, “How do we build and invest in what people need, want and can afford?” could have the potential to explore progressive ideas based on the title alone. But the session is chaired by the fund director of PfP Capital, a fund management business delivering “ongoing value growth in the rental market”.

Of course, in a world where the majority of wealth is hoarded by the elite, it is inevitable they will meet up and discuss best practice in making sure the wealth remains undistributed amongst the rest of us. Though they could have chosen somewhere more subtle to plot than Cannes.

What should come as a shock, but by no means a surprise, is that our elected representatives swan amongst the very, very wealthy investors and property developers. There is another discussion to be had about whether it is worth attempting to persuade these people that their definition of affordable is only applicable to those earning over £50K, or whether it is worth listening to them pay lip service to those of us on low-incomes. I don’t think it is.

Regardless, that isn’t what Manchester City Council are trying to do at MIPIM. Their involvement has become so huge that Richard Leese now heads up a “private sector focused partnership” called Manchester at MIPIM, aiming to promote GM to an international audience of property professionals. They organise an entire event space at the conference showcasing 27 events, for which the cheapest advertising package will set you back £6.5K, the most expensive at £18K.

Much like with housing, working out who the cheapest option is affordable to will tell you which kinds of people Leese wants to attract both to MIPIM and to Manchester.

Last year, Manchester at MIPIM showcased an exhibition entitled Citizens of MCR, aiming to build a bridge between investors and the very normal Mancunians they like to think they’re helping by throwing cash at our city. One of those people was Karl, who was photographed proudly standing next to a mural he and 30 other artists had made on Ducie Street. Where the other Mancunians were labelled with their occupation, Karl was labelled with ‘homeless street artist’.

This is Manchester afterall, we do things differently here… But there is an acute degree of audacity which allows the leader of the council to crack our city wide open for business in the property and development market via Cannes using a homeless man as a symbol of Normal Manchester. It’s not like GM had the highest number of homeless people die on the streets between 2016-18.

Manchester City Council have rightly come under plenty of fire over the last few years for their reluctance to build either affordable or social housing. In 2018/19, 437 “affordable” units were expected to be delivered in the city centre as per the 20% requirement, when in reality only 16 were built. Section 106 effectively acts as a bribe, giving developers a financial out to building anything affordable and councils justifying themselves with the fact that central government is starving them of funding.

This is true, and in order to solve the housing crisis a commitment needs to be made not only to build council housing, but to properly fund local government to carry out the work. But for a city that seems intent on ridding its centre of social rent tenants and replacing them with those who can get more money squeezed out of them, as seems more and more likely with the Northern Gateway development, cosying up to wealthy investors in Cannes does little to convince us that Leese isn’t actively engaging in social cleansing of the poorest.

Leese’s obsession with having his name attached to a legacy which is seeing Manchester grow frighteningly rapidly in multiple directions will earn him favour with the internationally wealthy. But when the present becomes the past, our city’s radical history will not look kindly on a man who has repeatedly overseen the social cleansing of our city and the displacement of the poor.