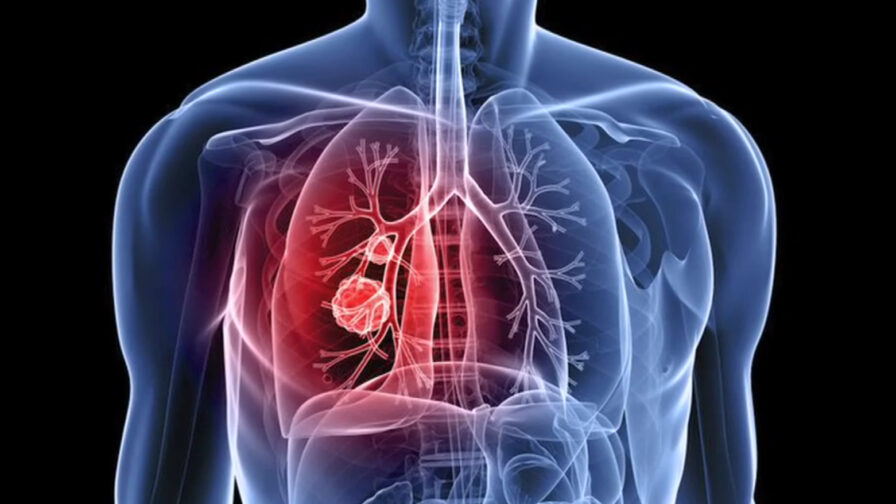 More people could survive lung cancer in Manchester if they were diagnosed earlier. Cuts to health services, which have hit deprived areas hardest, and high levels of air pollution are exacerbating the situation.

People in Manchester are dying of lung cancer after late diagnosis of the disease during visits to A&E, despite many of them previously visiting their GP repeatedly with chest complaints.

The data revealed in a report by the UK Cancer Coalition shows 56.1% of patients in Manchester who develop lung cancer are only diagnosed during emergency visits to the Accident & Emergency department. People diagnosed this way have a five times greater chance of dying within the year, when compared to people who have received a cancer diagnosis via an NHS screening program or their GP.

Manchester had the second highest figure in the UK for lung cancer diagnoses in A&E. Tower Hamlets in East London had the worst record at 56.2%. Other local authorities that have neighbourhoods with high levels of deprivation that recorded more than 50% A&E lung cancer diagnoses were Salford, Hull, South Tyneside and Sunderland.

In local authority areas with more affluent neighbourhoods, the A&E diagnoses were much lower: Guildford in Waverley in Surrey both scored 14.7%, Woking in Berkshire 15.7% and Harrogate 16%.

“People diagnosed in A&E are dying as a result of delays in identifying their illness. Late diagnosis makes lung cancer harder to treat and is a major reason why we have such poor survival in the UK,”

Lung cancer kills 35,000 people every year in the UK. It is the biggest cause of cancer deaths accounting for a fifth (21%) of all UK deaths due to cancer. In lung cancer currently 57% of cases are diagnosed late, which greatly increases the chance of death. All types of cancer deaths are on average 10% higher in Greater Manchester than the rest of the UK, Cancer Research UK reported in 2014; the report also stated that lung cancer kills 930 men and 790 women in GM every year.

Cancer Research UK suggested higher rates of smoking in GM may be partly responsible for the higher levels of cancer. High levels of air pollution could also be a contributing factor. A Kings College report showed that living by a busy road can increase the risk of lung cancer by 10%.  A World Health Authority study showed that Manchester was the second worst council in England for particulate matter below 10 micrometres in diameter, known as  PM10 air pollution, which is linked to causing lung cancer.

A report by think tank IPPR North in 2018 reported an estimate that air pollution in GM will lead to 1.6 million life years being lost. This is equivalent to the entire population of GM having their life expectancy cut by 6 months. It is estimated that one in 23 deaths in GM is now attributable to air pollution.

Around a third of lung cancer patients visit their GP three times or more before being referred for tests for cancer. The UK’s cancer survival rate does not compare well with some of its peers. A previous study comparing cancer survival between seven affluent countries showed that the UK had the lowest one year survival after a diagnosis of lung cancer at 38.9% during the period of 2010-14. In comparison, Australia scored highest with 48.9% and Denmark came in third at 46.2%.

Waiting time for cancer treatments on the NHS are at their worst ever level: in 2019 over 18,000 cancer patients a month in England were not getting to see a specialist or starting treatment within prescribed timescales. A survey carried out by researchers at the University of Manchester also shows that there is a crisis amongst GPs, with the number threatening to leave the profession at an all-time high due to increasing workloads. January in Manchester last year saw nearly 6,000 people waiting longer than 28 days for a GP appointment.

The UK Cancer Coalition report highlights the importance of public awareness campaigns to inform both doctors and patients  in improving early diagnosis figures and saving lives. But referring to the huge public health cuts that have hit the most deprived communities the hardest, the report states:

“The future of such public awareness campaigns is  uncertain as a result of a reduction in budgets for this work.”

Pledging to improve the situation, NHS England has promised to diagnose 75% of cancer at an earlier point by 2020.