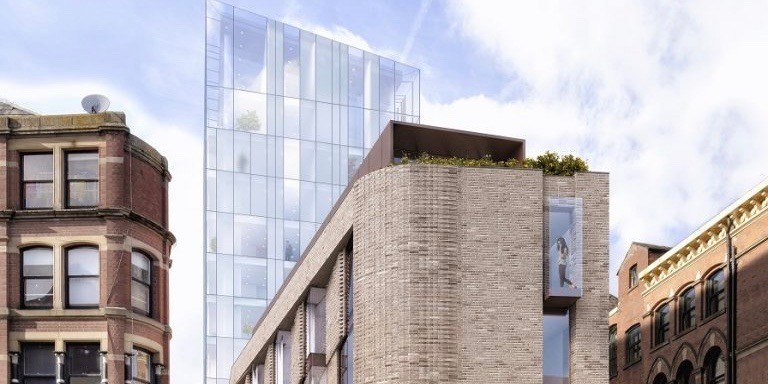 The decision by the planning committee last week to approve the Salboy’s development on Shudehill is incomprehensible. It must be fought.

Last year Salboy, the construction arm of billionaire bookie Fred Done’s empire, put in a bid to build a 13 storey development in the Northern Quarter, one of the most successful examples of “place-making” in modern Manchester. Given a key part of the area’s appeal, and why it has attracted many film and television companies to use it, is the particular streetscape, it was felt the building was too tall. Buildings in that area typically top out about eight or nine stories. Salboys came back again in 2018 with a proposal at the same height. Again the committee rejected it as too tall.

Unable to take no for an answer, Salboy returned this year. Bizarrely, they had made the building four storeys higher, as if deliberately sticking a giant glass finger up at the city. Again, local residents told them it was too tall, and the design did not work within the area. Further, while some compromise might have been argued if there was genuinely affordable or social housing involved, there was no contribution to such. The apartments themselves top out at about £480,000.

In the committee itself, all three ward councillors spoke against the proposal, as did a representative chosen by local residents. All those on the committee who voted against asked questions. And yet, despite all sense and reason, permission was granted by an 8 to 5 majority, made up by people who hadn’t said a word. Notably, all three times the proposal was “recommended to approve” by the planning department.

While Fred Done’s team high-fived in the chamber, I led my residents from the room with tears in their eyes. They couldn’t understand how a council, especially a Labour council, could do this. Neither can I.

Because the real problem does not rest with various capitalists looking to strip-mine Manchester. That is what developers will do in a laissez-faire, free market system if allowed to do so. The institutional problem is with a planning department in Manchester City Council which views the people of Manchester and their elected representatives as, at best, children to be placated and, often, as an impediment to be bulldozed.

And it is this disconnect, this blatant contradiction between the positive, public noises of the Labour Group and individual councillors, and the grovelling nature of the Planning Department towards big capital, that causes problems. It is not just about the total lack of democracy, or that Manchester will not hit even its tepid 20% ‘affordable’ goal at this rate, but about the issue of the city’s own reputation.

When a strong demand on developers is made, stuck to and enforced, they will pass this on in lower land prices, different construction methods or other changes. They will still make money. But when decisions are made seemingly out of nowhere, when they are contradictory and capricious, if councillors’ public statements differ from those of officials in private, that damages the reputation of our city, because investors and developers are never quite sure whether the demands that are council policy are “must haves” or “would be nice to haves”.

There are two immediate actions housing activists can take. The first is to demand the council not sell its land interest to Salboy, a move that would prevent the plan going ahead. You can sign the petition here.

The second is to write to your councillor, especially if you are a Labour member, and ask that they sign the petition, so we can try and block this within the Labour Group. You can find their email here. This is particularly important for activists and Labour members in Hulme, where Councillor Nigel Murphy, who oversees the council’s land portfolio, is the representative.

However, while vital, without wider reform this will remain a reactive approach. We need an institutional change. It is clear that Planning must be separated from Highways, which is a big enough job on its own, and put with the Housing portfolio as it is in almost every other local authority. Only when planning policy is seen not as a technocratic act to ease the path of capital, but as a means to implement a democratically agreed political programme to provide good housing and amenities to the people of our city, will there be any hope of meaningful progress. Until then, our city will be seen as saying things differently, but doing the same old thing.