Imagine that news emerged of 18,000 undiscovered historical artefacts relating to Manchester were illegally taken out the country by a museum in North Africa. We can only think what the response in the city would be in such circumstances. Political leaders would demand the return of the stolen goods, public protests would break out and commentators would call such an act barbaric, immoral and a cultural crime. If such a scenario seems unlikely, then this is what happened in Egypt at the end of the nineteenth and beginning of the twentieth centuries. It forms the invisible history of the Egyptian collection at the Manchester Museum, housed in the ‘Ancient Worlds Galleries’ inside Alfred Waterhouse’s splendid neo-gothic building. 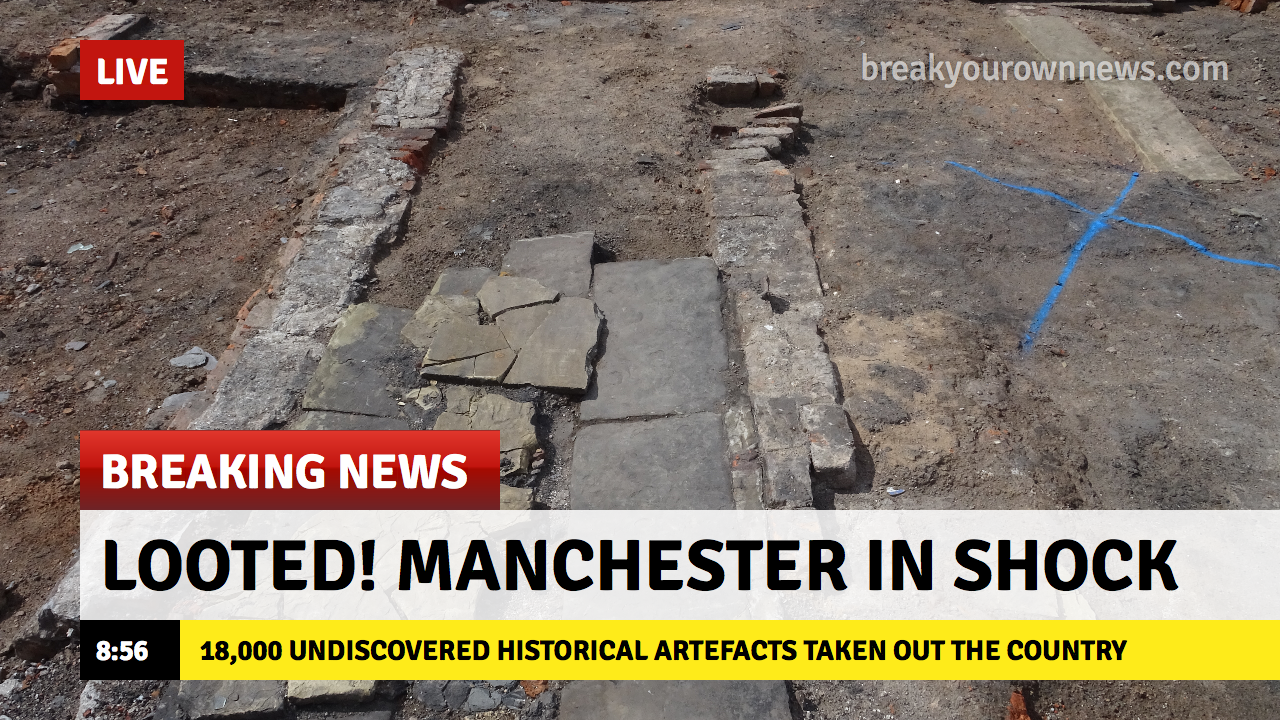 These artefacts are best known as a world-leading collection of Egyptian archaeology that have helped to nourish young minds and contributed to global knowledge on the history of ancient civilisation. The collection includes a unique set of ritual objects from a tomb in Thebes, a 3.8-metre-tall pyramid temple column from Herakleopolis Magna, various animal mummies, hundreds of small figurines, gilded mummy masks, jewellery, and statues. Perhaps the highlight of the collection are two mummies of the brothers Nakht-Ankh and Khnum-Nakht and numerous associated items, taken on mass from ‘The Tomb of Two Brothers’ found in the cliffs above the village of Dier Rifa and dating back nearly four millennia to the Middle Kingdom. 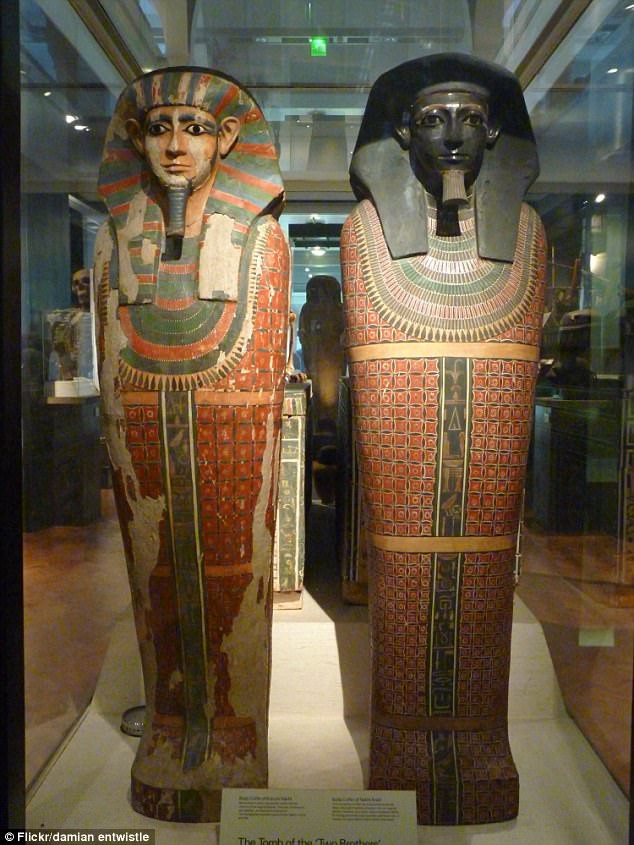 Like much of the collection the finance for the excavation and subsequent theft of ‘The Tomb of Two Brothers’ by the famed archaeologist Flinders Petrie was sourced from the wealth of cotton magnates such as Jesse Haworth. Haworth was a partner in the cotton merchant firm, James Dilworth and Sons, and the pivotal figure in establishing the Museum’s collection. The history of such connections and interest in Egypt can be traced back to moves by the Manchester-based British Cotton Growers Association to shift its supply from the American South to Egypt during the US Civil War. It led to Egypt becoming intricately connected through trade to the city, spurring trips to explore the region’s archaeology by figures such as Haworth, inspired by Amelia Edward’s 1877 book A Thousand Miles up the Nile.

It is this problematic history that suggests the collection is not just a world-leading space for Egyptology but a historical artefact of imperial violence and its aftermath. It is a reminder of the ways that colonialism lives on in Manchester in forms that demand urgent public debate and a recognition of the underlying brute force unleashed in the making of Cottonopolis and its prized cultural institutions. We must consider the collection colonial because it was financed through the wealth of the cotton trade and the slavery, later forced labour and natural resource exploitation of British imperialism, often led by the demands of Manchester’s cotton capitalists. We can ignore no longer the history of a collection literally financed through the sweat, tears and blood of enslaved Africans. And we should not ignore how the collection was stolen from its home and brought to the city without permission. Like thousands of precious cultural artefacts plundered from Africa over centuries, it represents the violence that the British Empire visited on many parts of the planet. It is a stark reminder of how museums must be understood not just as celebrations of culture but through these darker colonial histories. 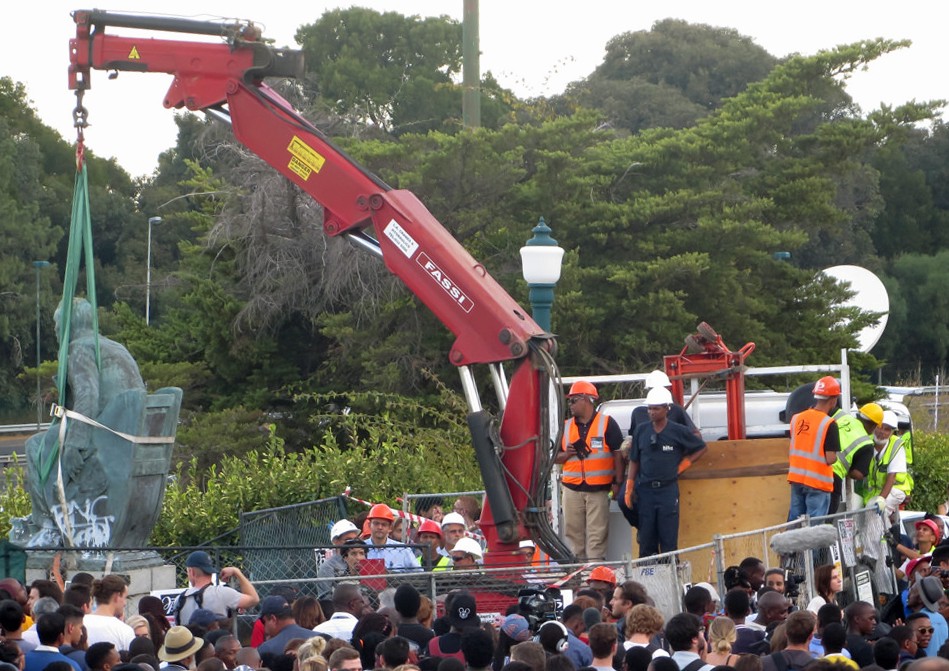 Debates concerning decolonisation have gathered force over recent years, spurred on by the heroic young people of the ‘Rhodes Must Fall’ movement in South Africa. The move to bring decolonisation into the cultural and public sphere has generated difficult questions being posed about statues, museum collections and national memory. This drive to decolonise is important in the UK in which a YouGov survey showed an astonishing 59 percent agreeing that the British Empire is, ‘something to be proud of’. Our conversations in the UK have barely begun, the Museum may well be a good place to start in a city that has chosen to forget so much. Next time we wander down its long, imposing corridors, our questions should revolve less around the fascinating artefacts on display and more on how they represent an unrepentant symbol of the colonial underpinnings of the city.

How to begin such a task of decolonisation? First, the city must recognise this living colonialism on display. Second, the Museum must find ways to be led in its decolonisation by Black and Minority Ethnic communities in Manchester and ensure that curators are representative of the city’s diverse population. Third, staff at the Museum will need to think about how the practice of curating must be transformed to represent artefacts that were appropriated and to think more about the ways they are displayed beyond a Eurocentric notion of Western scientific objectivity. And finally, discussions about what kind of reparations and returns the collection demands, to whom and how this will be achieved must not be put off to some undetermined future moment.

As of early 2019, Manchester Museum has done little to address these questions or confront the colonial history of this cherished (by some) institution. This era of obfuscation and awkward silence is likely coming to an end as the West begins to confront the origins of museums as intimately tied to the colonial enterprise. The promise by the French President to return 90,000 items to Africa, mainly housed in the Quai Branly Museum in Paris, has served notice that such theft is no longer acceptable. In the UK, Jeremy Corbyn has suggested a Labour government would ensure museum pieces, “stolen or taken from occupied or colonial possession — including artefacts looted from other countries in the past” might be returned. The Museum should tell the real story of these artefacts and the colonial-capitalism that allowed it to be brought together. As the anti-colonial revolutionary Frantz Fanon wrote, ‘In decolonisation, there is therefore the need of a complete calling into question of the colonial situation’.