Bus franchising: a route to cleaner air for Greater Manchester 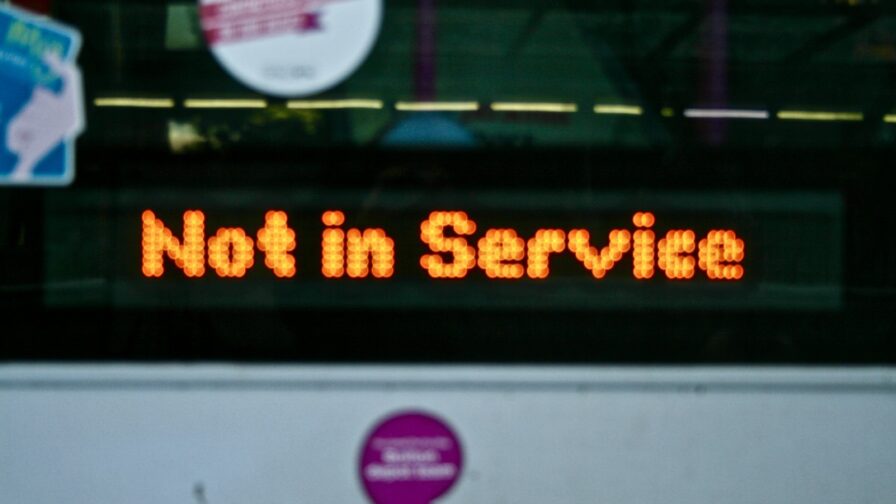 “Levels of air pollution in Greater Manchester(GM) are lethal and illegal”, states a new analysis by King’s College London, estimating that 1.6 million life years will be lost in GM in the next century due to poisonous air. The equivalent is reducing the life expectancy of all current residents by six months. A recent World Health Organisation study showed Manchester to be the second worst council in England for PM10 pollution -coarse particles which penetrate deep into the lungs, causing DNA mutations and respiratory disease. London came a distant 22nd.

Air pollution doesn’t just transfer into an abstract loss somewhere in the future. Pervasive degradation of the air we breathe has immediate and deteriorating effects on our health.

Air pollution is an asthma trigger and Manchester has the highest rate of emergency admissions for asthma in the country. A report by the charity Asthma UK linked air pollution from vehicle emissions with a number of respiratory conditions in adults and children, including asthma. Meanwhile, new work by University of Leeds’ Institute for Transport found that as many as 38% of new child asthma cases each year could be attributable to air pollution, with 24% directly linked to vehicle emissions.

Cars make up an overwhelming majority of road traffic while being the most polluting and least efficient form of travel. However, alternatives such as buses are controlled by private companies which pick, choose and axe the routes they want. Meanwhile, almost 85% of the bus fleet doesn’t meet minimum emissions standards set by the European Union. A lack of regulation has left public transport fragmented, without the capacity or investment to provide an effective alternative. 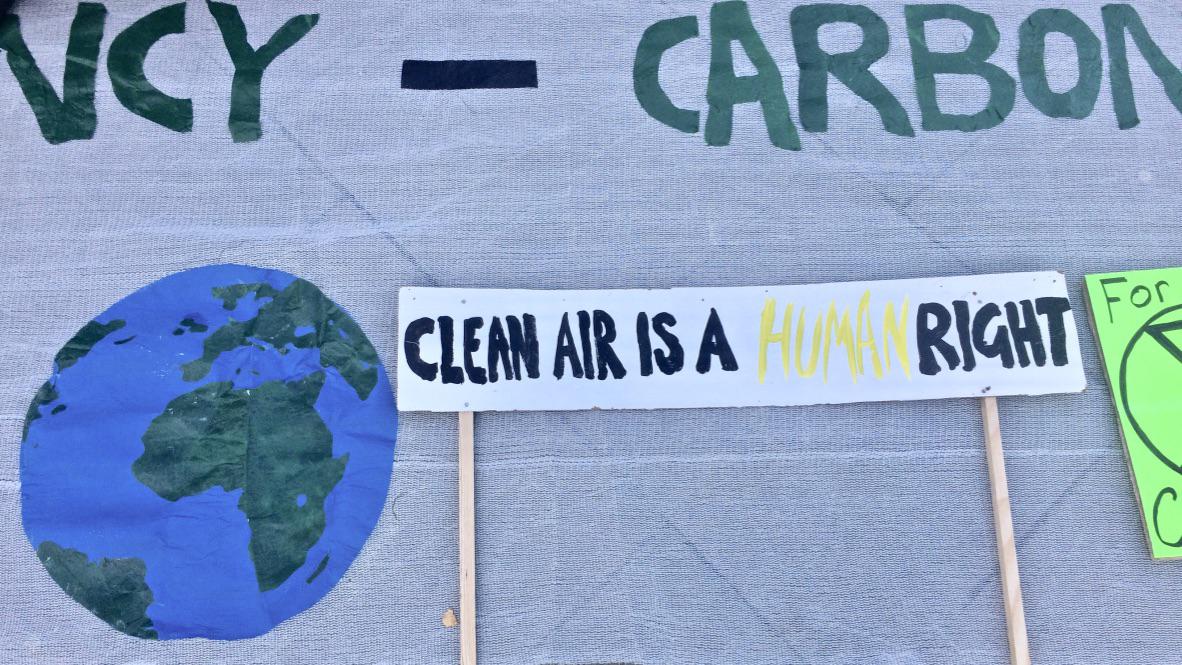 Air quality monitoring around Greater Manchester is limited in scope and lacks a single body to combine and organise testing. A report published by the Institute for Public Policy Research (IPPR) titled ‘Atmosphere’ collated pollution data from monitoring sites across local authorities like Manchester and Salford as well as snapshot analysis done by Manchester Friends of the Earth. More than a third of locations in Greater Manchester were above legal limits while two-thirds exceeded a ‘precautionary limit’ set by EU regulations. The snapshot data identified multiple areas across Manchester with readings almost or more than double legal limits.

Sarah Longlands, director of IPPR North said of this situation: “The human cost of the air pollution crisis in Greater Manchester cannot be overstated.  People’s lives are being cut short, our children’s health is being put at risk and this is before you even consider the £1bn annual economic burden that poor quality air places on the local economy.”

The report estimated the economic cost of air pollution taking into account lost productivity and tax base from early death and projected NHS spending on treatment alongside other factors.

“There must be no delay. We need to see immediate and ambitious action from the government and from local leaders, including a Greater Manchester clean air devolution deal, as part of a Clean Air Fund and diesel scrappage scheme. And we need to urgently transform the region’s fleet of old, dirty buses that are among some of the worst polluters on our streets – devolved powers over franchising are by far the best way of achieving this.”

Manchester’s pollution woes are part of an ongoing national crisis. Over the last ten years, the government has been sued and defeated three times for having ‘illegally poor’ plans for tackling the UK’s air pollution, deemed ‘criminally inadequate’ in regards to progressive EU legislation aimed at saving lives.

Emissions standards for transport were through the Euro-rating system operating on a one-to-six scale in order to limit the emissions of harmful pollutants from road vehicles. However, Euro standards have been systematically undermined by the manipulation of emissions testing by vehicle manufacturers such as Volkswagen to the extent some supposedly Euro 5 diesel cars in practice emit more than five times the Euro 5 limit and more even than the Euro 1 limit.

Pete Abel, a coordinator with Friends of the Earth, was involved in the work.

In the struggle against air pollution, public transport is one of the key battlegrounds. TfGM’s job of planning strategic improvements in services, however, is made difficult because the bus sector is unregulated. A handful of big companies such as Stagecoach and First Bus work the majority of routes free of oversight. Alongside this, at least 40 other companies offering more than 225 different tickets clutter bus lanes across the metropolitan area. 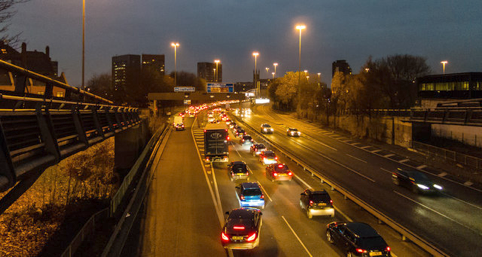 Pam Stapleton, a professor at the University of Manchester, is critical of the status quo:
“Greater Manchester has quite a lot of bus operators but substantially you’ve got just the two that matter. Therefore you’ve got an oligopoly. To have a better ability to plan means you need some kind of regulation – essentially you need a licensing system.”

Stapleton’s report, ‘From Developer Regeneration to Civic Futures’, is critical of the property-led development of the inner city which has contributed to an unequal transport network while hindering efforts to combat pollution.
“[Development strategy] is really aimed at central Manchester which is the economic driver, and the periphery is looking like dormitory towns. TfGM data shows that only 15% of journeys are for commuting … and yet the whole transport strategy is being designed around that. If you only cater for people’s commutes then they’re going to need a family car for all the other journeys. The economics are such that you probably use it for your commute as well.”

And this is a serious issue. Cars are one of the biggest contributors to air pollution in Greater Manchester, representing over half of all emissions from road sources according to data from GMCA.

Due to the prioritisation of property development, a socially useful transport network which works for the majority of residents has been neglected. The dominance of car transport has not been challenged nor can it be without a network which can provide a regular, comprehensive and high-quality service. This situation could deteriorate even further, with Greater Manchester’s population predicted to grow significantly over the next five years, and there has been little investment in expanding capacity.

‘“You’re calling for growth of population and jobs but in terms of transport really what they’re saying is ‘use the existing transport network, smarter, harder, faster, sweat your assets,’” Stapleton summarises. 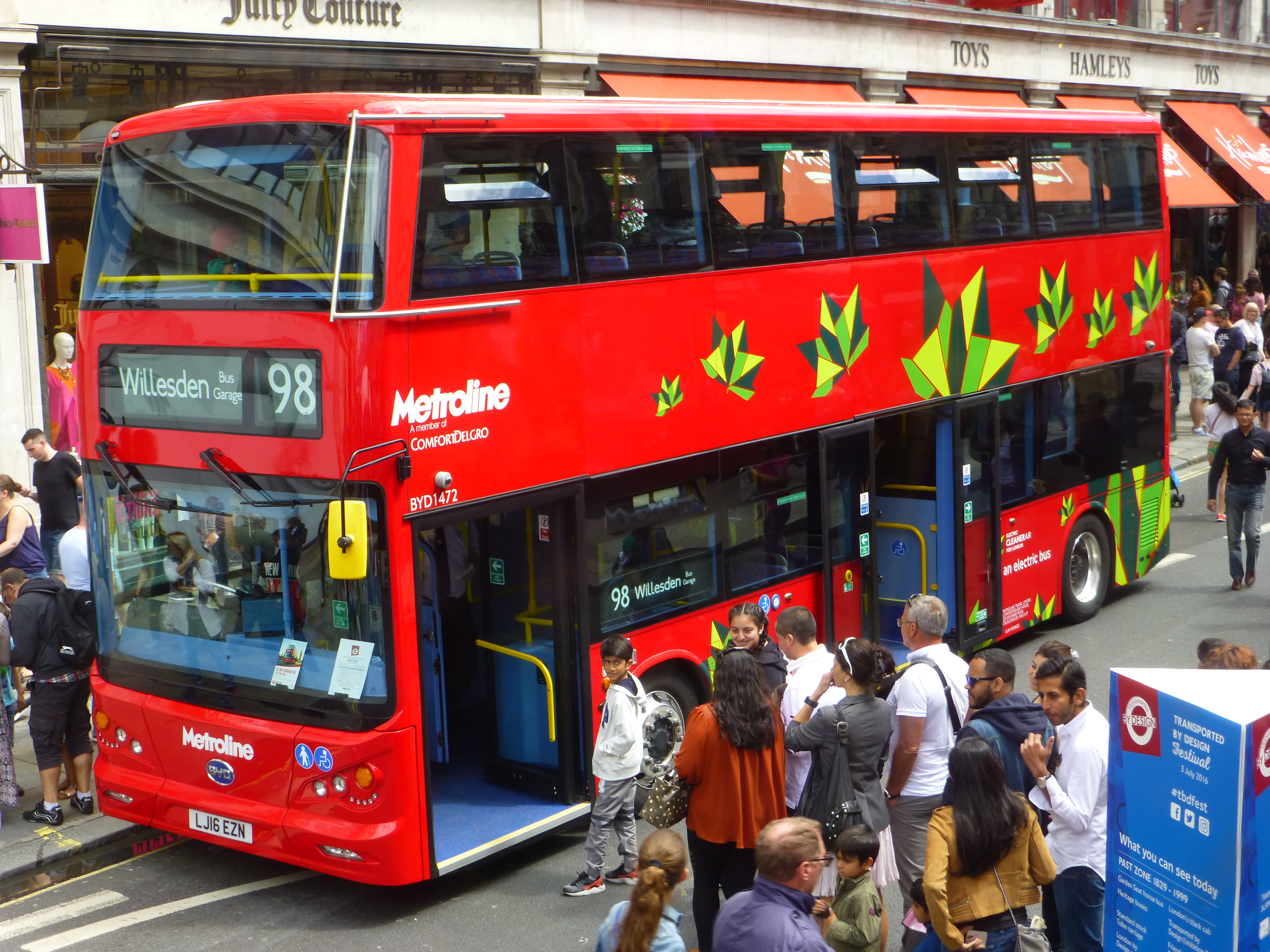 In a rare stroke of positive legislating, the government passed the Bus Services Act in 2017. This provided the powers and legal framework for local authorities to franchise bus services, an alternative to the current deregulated free market we see at the moment where companies compete on-street for customers.

Public transport in London runs on a franchised system, and because of this, the local authority holds most of the power. It advertises contracts which cover a local area, certain routes, or whole boroughs and stipulate the frequencies and timetables. Private companies then bid and negotiate for them. Transport for London (TFL) sets the fares and quality standards for these services. Consequently, London buses don’t have arbitrary price increases, unlike in Manchester. Buses in London are also integrated with all other transport, tube and bus are interconnected with a single price Travelcard covering both.

The introduction of franchising in Greater Manchester would be a radical change in the power relations between local government and the private companies that currently rule the roads. They have taken the threat seriously and, while the policy is under independent audit, are publicising and pushing alternatives which would maintain their current status by offering minor improvements in the form of ‘partnership agreements’ as well as scaremongering about negative consequences of franchising.

For instance, Stagecoach recently announced a £56m plan to get 105 zero emissions electric buses in by 2020 to replace their dirty diesel Euro 3 & 4s. However, the plans are dependant on £21.5m support from the government’s Ultra-Low Emission Bus Scheme, almost half the scheme’s budget. While clearly an attempt to lure GMCA away from franchising it would also double up as a move to greenwash both their brand and polluting fleet on the cheap.

Franchising has companies worried and they are employing the rhetoric of cost to discourage it. In one MEN article, a Stagecoach spokesman was quoted saying: “The cost of the kind of major investment proposed by Stagecoach would be borne by the taxpayer, rather than the bus operator, as the combined authority would be responsible for the full costs of the bus network.”

While it is, of course, true that the cost of a franchised service would have to come from local authority budgets, it would also mean that profits which Stagecoach currently enjoy would return to them too. Over the last 10 years, more than £184 million has been paid out to shareholders of Stagecoach, First and Arriva from North-west operations. Akin to the redevelopment of the city centre through which large foreign companies are laundering money and taking profits abroad, so are the profits from our commutes leaving our communities.

TfGM builds and manages all the city’s bus stations and transport interchanges. However, bus, tram and rail services are operated by commercial operators who utilise the infrastructure and get all the profits from their use. Meanwhile, local government financially supports 20% of bus services under what is called ‘Supported Services’ to the cost of £22.1 million this year alone. These are socially necessary, they are school buses, they allow people to get to their work and back safely and affordably, they mean older people can get to town and young people can see their friends, but aren’t deemed commercially viable by bus companies. In this racket we pay double, first through our council tax, and second on the street.

Franchising is one step in changing the power dynamic between public good and private enterprise, to make our bus fleets less polluting and more effective. In London this year, all new double-decker buses are hybrid, hydrogen or electric – the entire bus fleet is projected to be emission-free by 2037.

Andy Burnham has outlined plans for Clean Air Zones across the city to combat bad air, with studies like ‘Atmosphere’ supporting this as the fastest way to reduce emissions. We need public transport that is accountable and effective enough to provide an alternative to cars.

There needs to be coordinated investment and democratisation of our transport, which can’t be done effectively if it has to be negotiated with a handful of powerful companies invested in the current setup. We need a system where profits are returned via investment in new services, better buses and reduced fares, where communities’ needs are paramount rather than their ability to pay. Franchising offers a major step to readdressing the power imbalance between local government and private companies and in the process will not only save our time and money, it may end up saving lives.