For the many, not the few: Manchester’s Gaiety Theatre 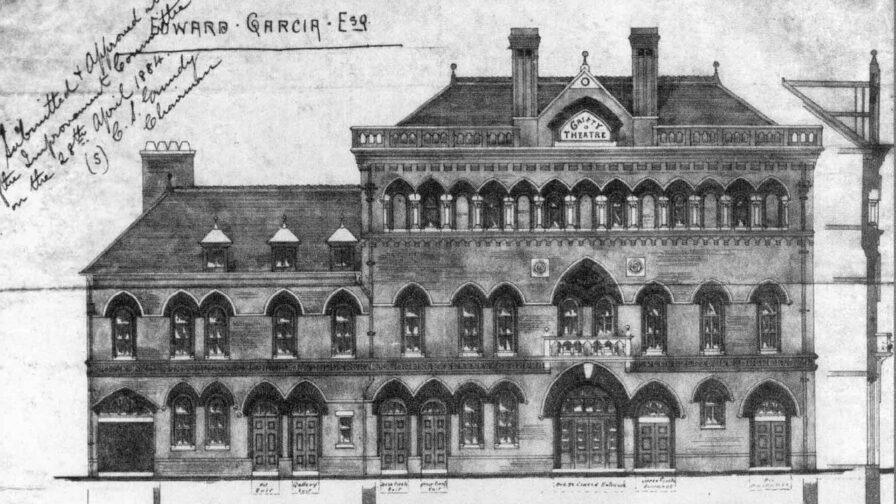 Today theatre in Manchester, apart from exceptions such as Three Minute Theatre, is increasingly for the well-heeled, speaking to their agenda and excluding many working-class people and their hopes and dreams.

But it was not always thus. In his new book Staging Life: The Story of the Manchester Playwrights, John Harding explores an era that saw not just the first repertory theatre in Britain but, in a period of northern radicalism, the formation of the National Union of Journalists.

In 1907, tea heiress and suffragist Annie Horniman swept into Manchester to set up the Gaiety Theatre which, as Harding says, “was a pioneering institution that would have far-reaching effects for drama in the United Kingdom.”

Manchester at that time was a hotbed of radicalism. All kinds of groups and campaigns were rewriting the relationships between the establishment and the working class. The Independent Labour Party, the Social Democratic Federation, the Clarion movement, the Labour Church, the Women’s Social and Political Union and the trade union movement were agitating for a radical reform of society.

Many of the Gaiety’s actors were socialists and, wanting to appeal to the working class, they spent much of their free time campaigning and proselytising. The Gaiety itself became a focus for left-leaning individuals.

At the same time as the Gaiety opened its doors, the National Union of Journalists was born.

“Journalism was a job for the smart working or lower middle classes, mainly males, who had got into grammar schools and had a class consciousness,” says Tim Gopsill, secretary of the union’s London freelance branch and co-author of the book Journalists.

One of the writers whom the Gaiety attracted was NUJ co-founder Harry Richardson, whose play The Few and the Many was one of the first to be performed at the theatre. In it, he expressed his anger at the state of the world and castigated employers for paying women workers low wages, which forced some into prostitution.

In one of his later plays, Gentlemen of the Press, he challenged his own industry, calling into question the morals of journalists. Richardson worked for a “popular” right-wing daily and, as Harding comments, “What is intriguing about the subsequent reception of the play was the clash between the Manchester Guardian journalists and men like Richardson, labouring in less salubrious environs.” Gopsill points up Richardson’s relevance now, saying: “Journalists in 2018 have been put back 100 years in terms of their pay and conditions.”

The Gaiety was a new breed of theatre. It would have its own repertory company, producing plays written by and about the lives of local people, and would attract an audience that wanted to see the classics and plays by foreign authors.

But they also wanted drama that would speak to their hopes and dreams. Alice Foley, mill worker and trade union activist was one. “As a member of a group of socialists I hoarded my scanty pocket money … so I could afford with them the luxury of a monthly matinee.”

Harry Pollitt, later general secretary and chairman of the Communist Party of Great Britain, also remembered going to the Gaiety with his comrades. “Our group was going all ‘arty.’ Miss Horniman was running the Gaiety theatre at that time, we were all frequently to be found in the gallery.”

The campaign for the vote for women attracted Horniman, a suffragist who recognised the barriers facing women dramatists. Gertrude Robins, another local suffragist, was one of the more successful women playwrights at the Gaiety. Her play Makeshifts, performed in 1908, “was one of the best one-act plays performed at my theatre,” according to Horniman.

Over the 10 years of its life the Gaiety, unlike many other theatres, left a legacy of work that became a significant part of the history of theatre in this country. Playwrights such as Harold Brighouse, Stanley Houghton and Allan Monkhouse gave Manchester some of its best-loved plays, among them Hindle Wakes, Hobson’s Choice and the now forgotten The Conquering Hero.

At the same time, heralding a new era of activism and agitation, that tide of northern radicalism saw the birth of the NUJ.

On Saturday November 10 at 6pm at the Three Minute Theatre in Manchester, the Mary Quaile Club and the NUJ Manchester and Salford branch are organising a meeting with John Harding and Tim Gopsill to discuss the Gaiety Theatre, the birth of the NUJ and northern radicalism. To book a ticket contact maryquaileclub@gmail.com. Entrance is free.