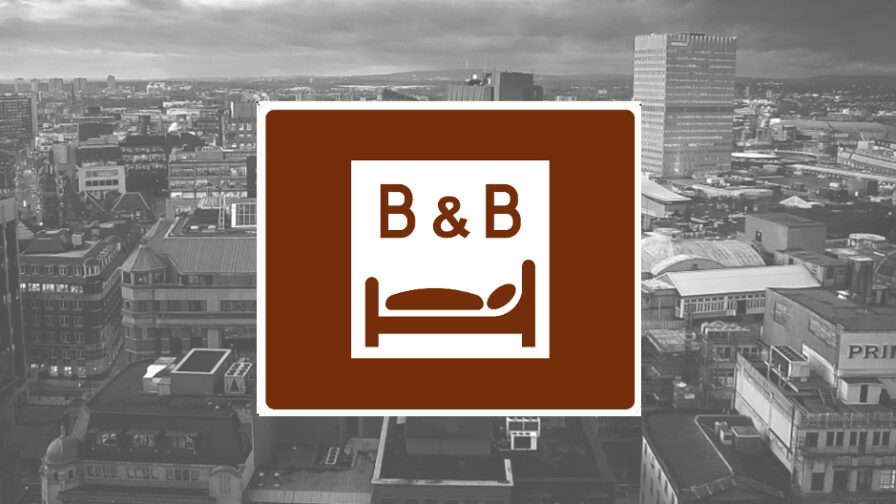 Manchester City Council paid 392% more on emergency B&B accommodation for the homeless in 2016/17 than it did in 2011/12. The increasing costs are due to a huge rise in the number of nights accommodation per year paid for by the council in their attempt to reduce the rising levels of homelessness; a pattern seen in towns and cities across the country.

Rough sleeping across England has more than doubled from 1,768 in 2010, to 4,134 in 2016. In Manchester there has been an even greater 11 fold increase in rough sleepers, from just 7 in 2010, to 78 in 2016. The rough sleepers count is widely acknowledged to underestimate the problem and the real figure has been estimated to be around four times higher. Alongside this increase, households accepted as statutorily homeless in Manchester have risen by 133% from a low point of 533 in 2012-13 to 1242 in 2016-17.

The figures released by the council related to costs associated with all B&B accommodation, which mainly relate to specific individual B&Bs but also include payments to larger providers such as: Travelodge, Premier Inn, Holiday Inn, Days Inn and other multi site hotels/motels. In  2011/12 the bill stood at £389,686 which climbed to £1,919,751 in 2016/17, a 392% rise.

The rising costs come after years of cuts in local authority spending including the Housing Services budget in Manchester, the department that traditionally deals with homelessness. The cuts have been forced on the local authority by central governments austerity driven policies. But these latest figures show that as savings are made in one area of expenditure concerning homelessness, costs are rising in others, such as providing emergency accommodation. And there are more cuts to come. Local councils will see funding via the Revenue Support Grant fall 77% from £9.9 billion in 2015-16 to £2.2 billion in 2019-20.

“Together with a wide range of public and voluntary sector partners as part of the Manchester Homeless Partnership, we are working very hard to tackle this challenging issue with a strong emphasis on prevention to stop those at risk of homelessness from falling into it in the first place, as well as providing a wide range of temporary accommodation and intensive support to help anyone who does become homeless to enable them to move forwards and build sustainable independent lives.”

Priest says the council are constantly striving to improve the levels of support provided to the homeless using the opening of a 38-bed homelessness prevention centre in Chorlton, opening next week, as the latest example of these efforts. He also emphasised the council’s involvement with the Street Support charity network and the Big Change multi-charity alternative giving campaign, which is helping homeless people build a life away from the city streets by paying for essentials, such as a deposit for a flat. Priest goes on to say:

“People are being helped off the streets and forwards in their lives, although this progress isn’t always immediately apparent because unfortunately other people are becoming homeless all the time – with welfare changes and the ongoing impact of austerity as major factors. We  have a moral duty to support the most vulnerable  – and will continue to invest in this – but it is fair to say that ongoing budget reductions and other national changes are not helping. We are preparing for the introduction of the Homelessness Reduction Act which will place further responsibilities and pressures on all councils.

“We need to keep chipping away together and do even more to help prevent problems, supporting people before they reach crisis point, as well as demanding national action to reduce some of the causes of homelessness.”

Greater Manchester Housing Action is a grassroots campaign group fighting for better housing rights and working to create solutions to the local housing crisis. They also believe that welfare changes – particularly the introduction of Universal Credit – are a major factor in increasing homelessness. A GMHA spokesperson said:

“These shocking statistics show the brutal reality of the roll out of Universal Credit, which has led directly to the growth in homelessness as people are unable to meet rent payments and slide into debt. Universal Credit is therefore the offloading of responsibility from central government to the local authority, and this pattern can be seen wherever it has been rolled out.

“In all, this points to a total failure of the strategy for addressing homelessness – focusing on temporary fixes of the symptoms, rather than addressing the root causes. Homelessness will only be solved by fixing our broken housing system: building council homes again at quantity, ending the cruelty of Universal Credit, and tough action to regulate and stabilise the Private Rented Sector.”

The 2017 rough sleeping count in Manchester and across the UK was carried out late last year, and the statistics are due to be released this February. The figures when released will indicate whether Manchester City Council’s homeless strategy, including increased homeless emergency accommodation provision,  has had a positive effect in reducing the number of rough sleepers in the city.

The data used in this article was released by Manchester City Council to the What Do They Know Website in response to a Freedom of Information request by a Mr John Beanie.