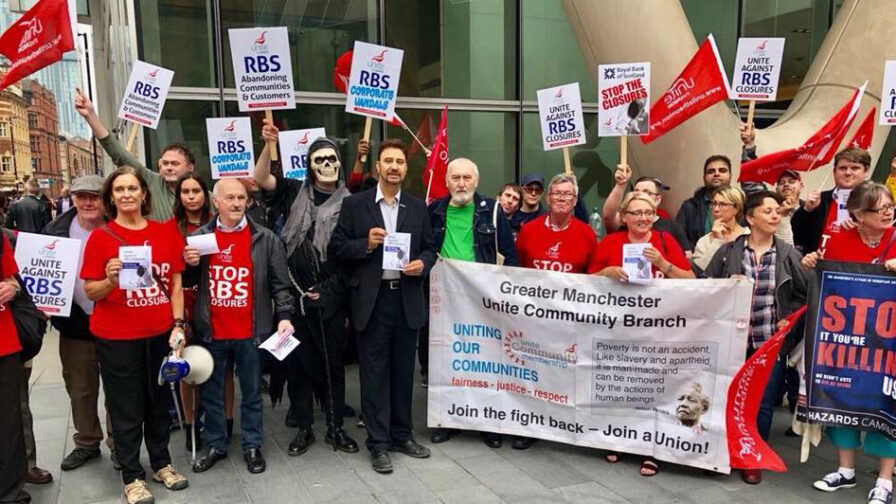 Unite activists were on the streets of the city on Wednesday campaigning against the Royal Bank of Scotland’s controversial plans to close around 260 high street branches nationwide. The move, which has been termed “an act of corporate vandalism” by campaigners, brought members of the trade union together from all over the North to hold […]