The elephants in the room: the ordinary people tackling the issues professionals fail to 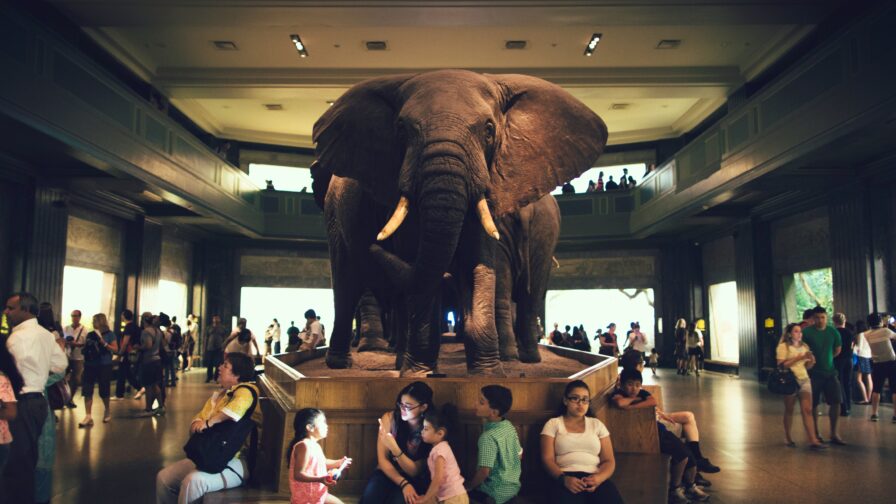 The Elephants Trail is a project working in Greater Manchester to address the problems faced by people living with severe and multiple disadvantage.

Almost everybody has fallen on difficult times at some point in their lives, losing a job, ill health, relationship breakdown, bereavement or facing prejudice, are some of the life events that can lay people low. While it is often an uphill battle to overcome these trials, most people manage to get back on their feet. But what happens when one problem leads to another, and another, until an inescapable chain starts?

Severe and multiple disadvantage, as this issue is formally known, is rarely talked about in politics, and yet affects an estimated 58,000 people in England, who experience homelessness, substance abuse and involvement with the criminal justice system. Social services are designed to help those in situations of severe disadvantage, but often focus on one issue at once. This means that people seeking help often fall through the gaps between public services devastated by austerity cuts and find themselves in worse situations.

One way to tackle severe and multiple disadvantage (SMD) is to change societal systems and policies to adequately address the problems these people face – but how can this be done, when the majority of politicians have no experience of living this life?

These issues are complex, and hard to solve in the long term, so they are ignored and not talked about. They become the elephants in the room. This is why the Elephants Trail was born.

What is the Elephants Trail?

In Bury and Rochdale, two groups of ordinary people came together for the project; each one having faced their own form of SMD.

The project uses a strategy called co-production; bringing people with lived experience together with people in positions of power to come to sustainable and realistic solutions. Within this co-production project, deep democracy was used, in which everyone involved gets to air their views, examine conflicts and tensions around the issues concerned, and come to a negotiated consensus decision that is supported by the whole group.

The key characteristic of the Elephants Trail is that it is formed of ordinary local people. They each have their own experiences and are passionate about helping others rebuild their lives, just as they have.

“People that have been through certain adversities often carry an energy to try and help other people. Most times, they’re the people that are best placed to do that,” said Elephants Trail’s engagement worker Patrick Tierney.

Patrick himself faced problems with addiction and mental ill health.

“I was a participant, initially. I was bound with addiction and psychosis, and did a stint in prison, but this type of work allows people to rebuild their lives,” he said.

The project has been valuable in creating and offering solutions, while offering a source of empathy, which can be sadly lacking is some professionals dealing with the people and issues involved. The Elephants Trail participants have walked in the shoes of the people they are helping. They are relatable, understanding, and have a shared knowledge.

“We all have different experiences, passions, and skill sets, and we believe that the more diverse we are, the more equipped we are,” said Patrick.

After a short sentence in Strangeways Prison, Patrick released a self-made video describing the coping mechanisms he used whilst battling with mental health issues during his time. The video was widely noticed, and resulted in a partnership with The Guardian to create a short film entitled “Made in Bury: Elephant in the Room”. The video was made by the Elephants Trail’s community reporting team, who stress that they are not journalists – rather, they are team members raising awareness of issues in their communities.

“We didn’t want the focus to be solely on us, as a promotional thing. We wanted to make it about the community,” Patrick said.

“We thought that the best way to do it was to just go out there. If you can make the right films, they can inspire people to start addressing issues.”

The film shows the team working within the community to find out what help individuals need, particularly focusing on those struggling with mental health and people who have been rehoused during the pandemic.

As seen in the film, the people facing SMD are not invisible. They are, in fact, so widely noticed that they are always considered to be “someone else’s problem”. Politicians and counsellors often do not consider them when making decisions, because it is assumed that social safety nets will handle them. But those safety nets are now full of holes due to public service cuts.

Ignoring the problem does not make it disappear. Severe multiple disadvantage is an almost inescapable cycle; lack of resources to respond to unexpected events leads to reliance on emergency solutions. Financial instability, for example, may mean someone has to pay out of pocket rather than having insurance. Loans can be taken out, but they must be repaid and at exorbitant interest rates if from pay payday lender, with a maximum rate of 1,294% APR advertised for Pay Day UK. Short term solutions like this are not practical or sustainable.

Poor mental health and lack of support in the community can result in trips to Accident and Emergency departments rather than visiting a GP. Cases such as this have an estimated cost of between £1.1-2.1bn per year.

The Elephants Trail believes long term solutions are the way to escape SMD, and many of these solutions involve policy changes. Working with decision makers such as councillors and politicians, using a co-production process, is their priority to ensure the changes will be effective.

“We were invited in for consultation on amalgamating help services. They wanted us to be the voice of lived experience, but there’s a lot of energy around that term. It’s mentioned a lot in funding, but a lot of the time it’s just ticking boxes,” said Patrick.

“We’re sick of being asked to fit in with other people’s work. We want to invite people to us and discuss what matters to us.”

The Rochdale team created an interactive workshop to engage decision makers before discussing policy changes. The workshop was so successful that they were immediately asked to produce a series based on the needs of the community.

In a similar approach, the Elephants Trail group partnered with Katy Rubin, a Legislative Theatre practitioner, to produce a range of performances that depicted everyday situations of SMD. Decision makers were invited not only to watch, but to role play within the scenes. The production was immersive enough to demonstrate the difficulties these people face on a daily basis. After the scenes, the group propose long term solutions and policy changes, starting a discussion about what would or would not be practical to implement.

Judith Whitehead, a member of the Elephants Trail, performed her own story in order to raise awareness. Having escaped an abusive relationship, she experienced homelessness before moving to Manchester to restart her life.

“I walked out with the clothes on my back, the kids, and the pram, and went to a refuge,” she said.

Being homeless encouraged Judith to work on a homelessness strategy. Frustrated by lengthy council procedures, she met with homeless people to discuss their support needs.

“You can house a homeless person, but it’s then giving them a purpose; finding them things to make their life worthwhile, and not end up back on the streets.”

For many of these people, purpose was found in another of Judith’s projects.

Speaking about joining the Trail, she said: “we never really knew what we were doing, or what it was about, but I always had this dream; to start a holistic approach to mental health.”

“I had the dream, the ideas, and a place – it was having someone to believe in me.”

With support from the Trail, Judith’s dream became One Step, a free movement class for people facing mental health difficulties, followed by meditations and group talking. Judith herself took on a personal training qualification in order to facilitate as many sessions as possible.

“There’s only so many talks you can go to. We need other tools to manage” our conditions, she said.

In addition to her former domestic situation, Judith lives with bipolar disorder. Using tools such as exercise and meditation, she now manages her symptoms well, saying:

“To be able to understand mental health, and recognise the signs, you can separate yourself from it.   Then you get yourself to a certain point, and you feel this urge to pay it forward.”

Many of the homeless people Judith works with have benefited from their participation with One Step, she says:

“I realised that these people who were struggling were really great candidates for One Step. I’ve had a lot of addicts, alcoholics, and I can’t believe that I’ve provided a space to get clean.”