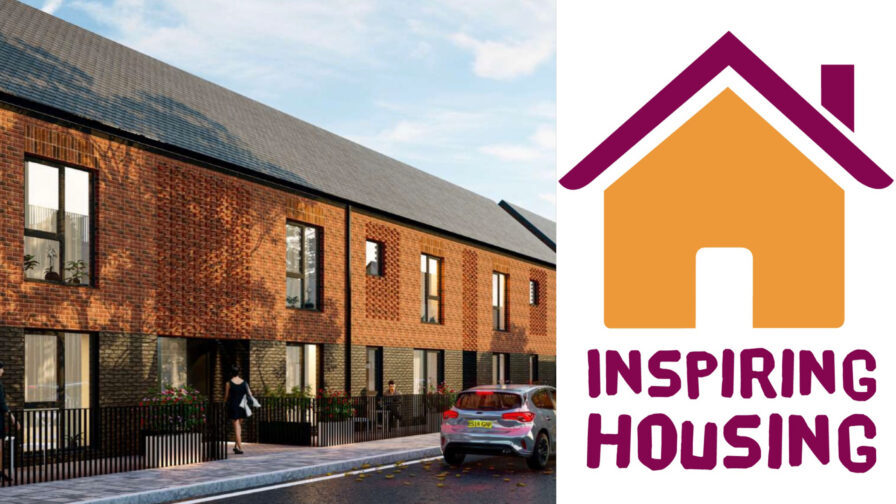 A Salford based Community Land Trust is turning their community-oriented approach towards solving the complex housing needs of residents, by adopting a community-led housing approach, which opposes the forces leading to gentrification.

Greater Manchester is a region where the divide that defines inequality is becoming more distinct. While new hotels, offices and apartment complexes rise into the sky of Salford Quays and Manchester city centre the communities on the outskirts are increasingly pressured by cuts to public services, housing and job insecurity, gentrification and the financialisation of the land beneath them.

The question of how community groups, charities and public authorities deal with these forces and ameliorate the inequality they engender, is becoming an increasingly important one to address. One model which is aimed at addressing these issues in regard to housing, is community-led housing.

Based in Salford, Inspiring Communities Together (ICT) operates a range of public services for young families, elderly residents and those seeking support for mental health or employability. However they’re taking a brave step in developing their own community housing model to address social inequality, old-age poverty, gentrification and the lack of affordable housing.

“Our work is based around the objectives of Place, People and Voice. It’s about the local people, focusing our work on the place they live in, and how they can have a voice and influence change in their own lives and their community”. Said Bernadette Elder, who is ICT’s CEO and a veteran of inner-city community regeneration.

Alongside a board of directors made up of local residents, each year the charity runs a detailed neighbourhood questionnaire asking people how they fell about where they live, what they need and what they feel.

“What people needed was changing. Housing is a growing issue,” Bernadette said. “The natural progression was to explore the ownership of homes. Having an affordable home with a safe tenure gives people the space to develop their capacities and live healthier safer lives.”

Since 2019 the charity have been developing the Inspiring Homes Community Land Trust with a vision to provide affordable homes to meet complex needs of deprived neighbourhoods in central Salford. Community Land Trusts are not-for-profit organisations that provide a legal framework for communities to build, renovate or protect buildings, land and services that are important to them. Inspiring Housing Community Land Trust, incorporated in March 2020, is setup as a subsidiary of the main charity.

Crucially CLTs are not subject to policies like Right to Buy which, coupled with decades long defunding of council home construction, has gutted the city region’s social housing stock.

This degradation of public housing has resulted in large waiting lists for a decent social rent home. According to a planning document, each new affordable home received an average of 54 bids through Salford Home Search, while the social housing waiting list in Salford stood at 5,158 household in April.

Salford ranks as the 18th most deprived local authority in England, while life expectancy in wards of Broughton and Langworthy are almost 10 years lower than wealthier parts of Greater Manchester. Locally, the Council estimates that around 24,400, or 39%, Salford children are living in a low income household after housing costs are taken into account. This tough statistic, the council states, is largely a result of continued cuts to working age benefits and too many people trapped in low paying jobs or unable to get enough hours to work their way out of poverty.

Nobody expects nascent community-housing projects like these to solve the broader issues created by a failing national housing policy. But community-led initiatives have the potential to address specific groups or communities freeing up other housing, such as larger family homes more suitable for different tenants. This method, Bernadette explains is known as “right-sizing”. Inspiring Communities dedicate a significant portion of its work toward helping elderly residents dealing with endemic issues of loneliness, unsuitable housing conditions and health inequalities. Housing suitable for elderly people to live independently and safely is a big issue Bernadette says:

“People have started off in their family home, as they’ve grown older, children have moved out the retrofitting and maintenance is too costly. Soon you’re living in poor quality housing that doesn’t suit your needs and can be unhealthy or dangerous. As people get older and more frail they’re forced to move into sheltered housing or a care home, losing their home to the cost of that care. That’s your choice, your life mapped out if you live in Salford and you’re poor. There must be a better way. We want people to live a better quality of life, for longer.”

In and alongside the local state

Despite its separation from “Manctopia” by the River Irwell the city has growing gentrified area in the burgeoning media agglomeration around Salford Quays. A growing swathe of new build apartments, and the limited affordable housing within them, is being taken by wealthier media workers, and young professionals. Despite its working-class pedigree, and overall deprivation statistics, certain areas of central Salford are becoming increasingly sought after.

“Salford and our community has become a go to place.” Bernadette says, “We had land that was empty for 8 years, nobody wanted to build on it. Now developers can’t get in quick enough since we are so close to the city centre and have so much green space. It’s a beautiful area but people in the community here increasingly can’t afford to buy and rents are rising faster.”

The charity’s hope to be part of a housing solution has been facilitated by Paul Dennett, the city mayor and a social housing tenant himself. He has led a change in policy creating an in-house development company Dérive, which plans to deliver 2,000 to 3,000 homes in Salford over the next decade.

Inspiring Communities had history with Dennett who had been a councillor in Langworthy from 2012 to 2016. “He’d cut his teeth as a councillor in our patches so we knew him, we had a bit of a relationship to get home round the table to discus our ideas,” Bernadette said:

“Normally CLH begins with a group of residents finding a plot of land but they have to endlessly bang their heads on a council door to get a hearing. Salford always seems to do things differently. If somebody says ‘its black’ we’re are always going to say ‘no its white’, and we’re going to paint it.” Bernadette adds wryly.

“The council identified these five sites, and had conversations with us and the Broughton Trust. In a way it was a sort of dream,” said Bernadette who was surprised at the rapid progress made after the initial meetings.

The site identified for the first Inspiring Housing community homes will be on Eccles New Road in Weaste. The site, formerly a primary school, will host a mixed development of 68 units with Inspiring Housing receiving 24 homes.

“Some of our housing will be two-bedroom flats, with two-bathrooms. Larger than your average flat, which cater for elderly people who are friend or partners. If you are a couple living together and one becomes more poorly, needing their own space it would facilitate that. It’s a much more flexible way for how we live and based on the need for right-sizing. We’re offering the choice to rent for life. We’re not a private developer who in 5-10 years get you out to sell it for twice what they paid for it.

“If you live in one of our houses you are able to access all the services we offer. We would provide you with a quality home and provide a wraparound of all the support and opportunities you may need. The Weaste site is close to a church, its close to a tram, the bus but it’s also close enough to a community centre with all its activities. So people can have access to all they need in the local area.”

The Inspiring Housing development in Weaste was submitted for planning scrutiny in August and should hopefully be approved by the end of 2021. The rapid turnaround from dream to reality is impressive from both sides and while the charity has a track record of delivering social programmes, providing social housing is a huge step.

“If anything we’re now at the scary stage, all this financial modelling, trying to figure out if this is going to work long-term,” Bernadette adds. The CLT has successfully applied for stage one Social Landlord status, meaning they can legally own homes and manage them and are collaborating with Leeds Community Homes on developing their financial governance, accounting and plans for the future. Bernadette said:

“At the moment we’ve got a site, we’ve got a plan, got drawings, its gone to planning, [we have] got governance and we now legally own five houses. We are technically a housing provider!”

Can it be done at a large scale? At the moment only if national government can provide the grants to kickstart these projects and it will also need local councils to resist private developer cash to build on land, and invest in community-based solutions instead. Salford is leading the way and all power to them.