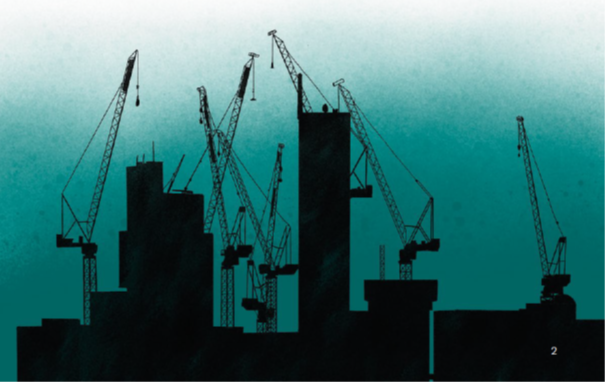 Campaigners call for Andy Burnham to uphold his election manifesto promise and introduce a Land Commission in Greater Manchester, following the example set by the Liverpool city region.

Campaigners from over 60 organisations concerned about development and land use in the city region have signed an open letter to Andy Burnham which requests the formation of a Land Commission to allow a more democratic approach to how public land is managed in Greater Manchester.

The open letter points to the example of Liverpool, where the metro mayor Steve Rotherham announced the Land Commission in 2020, to create “radical recommendations for how we can make the best use of publicly-owned land to make this the fairest and most socially inclusive city region in the country.”

The letter is likely to be well received by Andy Burnham, who was reelected last week as mayor of Greater Manchester by 67% of voters. One of his manifesto pledges was to establish a Land Commission to “make sure we are making the most productive use of land and building returns…”, in line with the recommendations of the Independent Inequalities Commission.

The open letter cites a Who Owns the City report published on Monday by researchers at the Universities of Manchester and Sheffield, which questions whether Manchester council is getting best value in land deals with property developers and calls for greater accountability and transparency in deals involving public land sales and use. Manchester council responded to these concerns on Wednesday, and also said they would be “interested in any proposal that led to a more joined up approach to using publicly-owned land” but they didn’t see “how a land commission would be any more transparent than is already the case.”

One of the authors of the Who Owns the City (WOTC) report, Dr Tom Gillespie, Hallsworth Research Fellow at the University of Manchester, said in response to the open letter:

“Like many cities, Manchester is currently facing a housing crisis and a climate emergency, and there is a shortage of both affordable and social housing and public green space in the city centre. In this context, it is worrying that the Council appears to be using public land to enable private developers to build unaffordable luxury apartments. The establishment of a Greater Manchester Land Commission would be a big step towards achieving greater transparency and accountability around public land use in the city region”

The report was produced by Gillespie and Dr Jonathan Silver of the University of Sheffield in collaboration with Greater Manchester Housing Action. Isaac Rose, a campaigner from GMHA , said:

The open letter, alongside raising the issue of housing affordability,  also draws attention to “the need for public green space” in central Manchester and across the region, where “communities have been contesting plans to build on green space.”

Silver, who has previously carried out research into the poor provision of affordable housing and Section 106 agreements in the city centre of Manchester, said:

“Our post-industrial cities have been dramatically transformed in recent decades and land that was once in much supply is now limited. We need our public bodies to think strategically about what the future of this land will be used for; profit for developers or a base for an alternative city-economy. Now is the time to be bold and brave and for Andy Burnham to transform land for the few into land for the many.”

The Meteor requested a response to the open letter from the mayor, a spokesperson for Greater Manchester Combined Authority (GMCA) replied saying: “We are working on how the GMCA, alongside the 10 local authorities of Greater Manchester, can ensure that land is brought forward for housing. This will inform how we will deliver on the Mayor’s commitment to deliver more housing in our city-region.”

Featured image: Who Owns the City