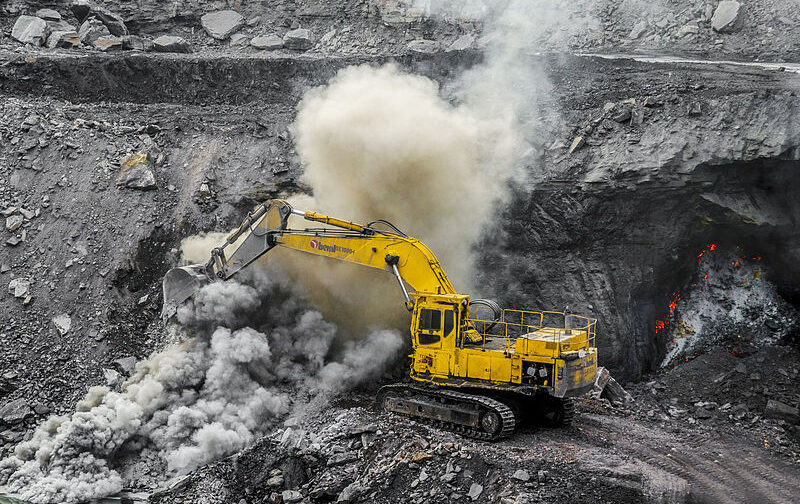 Research reveals Greater Manchester Pension Fund's fossil fuel investments devalued by £375m over the last 3 years, casting doubt on the Fund’s claim that it is merely fulfilling its fiduciary duty to employers and pensioners by investing in gas and oil companies.

A total of £375m was wiped off the value of the Greater Manchester Pension Fund due to its oil and gas investments losing value over the past three years, new research reveals. That was the largest cash loss, by some way, of the 56 councils included in the study that have yet to pledge to divest from their fossil fuel holdings.

Analysis conducted by Transition Economics, an ecological economics research think tank, reveals that UK local authority pension funds could have lost at least £1.75 billion in value over the past three years as a result of investments into just nine oil and gas companies.

Fifty six local authority pension funds were identified as holding direct investments into oil and gas companies, which had not made public commitments to reduce direct fossil fuel holdings. These funds’ combined direct investments into nine fossil fuel companies were valued at £3.6 bn in Spring 2017, dropping to an estimated £1.8 bn by November 2020.

Of these 56 pension funds, Greater Manchester’s £17.2bn pension fund sustained the largest estimated loss at £375m, equivalent to a £1,000 loss per pension member. The Fund was also the biggest loser of the funds percentage wise with 2.2% of its total holdings being lost. The Greater Manchester Pension Fund (GMPF) invests over £1.2 bn directly in fossil fuel companies annually.

Fossil Free Greater Manchester estimates that if the GMPF would have lost £99m less, over the same period, if it had sold its gas and oil holdings in 2017 and reinvested the money in a FTSE 100 tracker fund. An index comparing a broad market of fossil fuel investments versus non-fossil fuel investments also suggests that the GMPF would have lost less money by investing in funds which avoid gas and oil shares.

Faced with insurmountable evidence that unchecked fossil fuel consumption is leading to global environmental catastrophe, pressure has grown on UK local authorities to make good on their declarations of climate emergencies and divest pension funds from fossil fuel investments. A growing number of local authority pension funds have already begun to sell their investments in fossil fuels, including South Yorkshire, Lambeth and Haringey.

The GMPF opposes divestment on the basis of its fiduciary duty to get the best returns for employers and pensioners. In its 2019 Annual Report it claimed it made “over £400 million more in returns than if it had divested from equities in companies such as BP or Centrica, formerly known as British Gas.” However, the losses identified by Transition Economics cast serious doubt on this claim. Mark Burton, of Fossil Free Greater Manchester, said:

“We have been saying for five years that the Fund’s investments in fossil fuels are not just highly risky for our shared climate, but increasingly so in financial terms. It gives us no great pleasure to see that we have been right, despite unverified claims by the Fund that these investments are good earners.”

2020 has been a landmark year for the divestment campaign, with government and higher education institutions signalling they would prohibit investments in polluting corporations. In July the UK’s biggest pension fund, the government-backed National Employment Savings Trust (Nest) scheme, banned investments in any companies involved in coal mining, oil from tar sands and arctic drilling. In October, Cambridge University’s £3.5bn endowment fund pledged to divest from fossil fuels by 2030 and the University of Manchester also announced this year that it would decarbonise its investment portfolio.

“It is well past time for pension funds to drop oil and gas stocks, both for the climate and their future valuation,” said Robert Noyes, a campaigner at Platform London who commissioned Transition Economics to conduct the research. “They should have listened to divest campaigners. Instead, the burden is being dumped on the public, pensioners and the Global South.”

Councillor Brenda Warrington, leader of Tameside Council and chair of the Fund, was contacted for comment but had not replied by the time of publication.