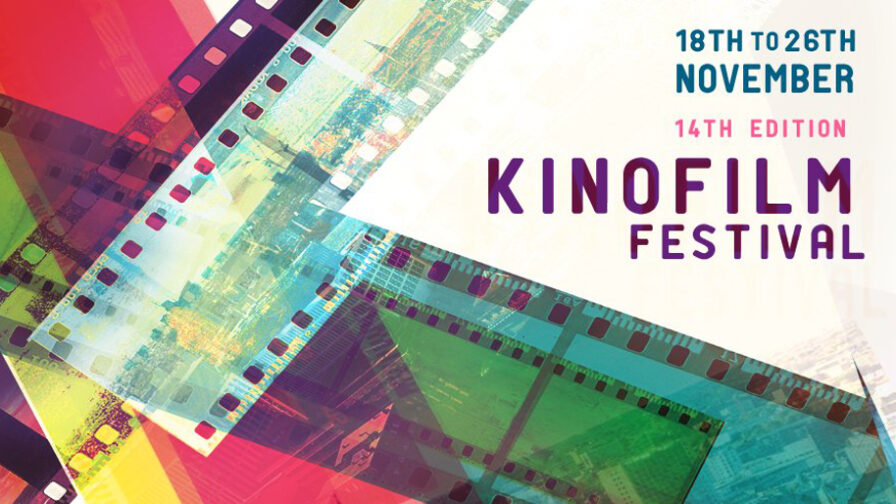 The Kinofilm Festival opens this Saturday with a star studded opening gala at the Odeon, Great Northern, in Central Manchester. Former Coronation Street stars Denise Welch and Jack Deam (also appeared in Shameless) will be attending, along with Ewen Macintosh who played Keith Bishop in The Office.

The red carpet bash, with drinks on arrival, will screen Six Star Studded Shorts. These include Bob’s Soul, starring Ewen Macintosh, which depicts a bungled attempt at auto-erotic asphyxia going awry. And fittingly for a Manchester based festival The Spirit of ’58, which is a “heartfelt look at hope, football, the father-son bond, and pre-millennial working-class Manchester”. The festival organisers expect you will have developed a thirst after the screenings, which you can quench at the Drink the Bar Dry After Party.

The short-film and animation festival, in its 14th year, will run from the opening gala starting at 7pm on the 18 November, until the 26 November. From a base in the International Anthony Burgess Foundation, the festival will take place across multiple venues in the City. Along with screenings of films and animation, the busy schedule will also fit in talks, practical workshops and Q&A sessions on a broad range of topics.

From approximately one thousand submissions, the chosen films and animations have been arranged into a packed programme of over 250 films and events. The diverse selection will showcase films from across the globe. The European section of the programme includes films from Germany, Poland, Spain, Italy and Ireland. The International programme will screen American Independent films, an Iranian Programme, plus films from Argentina, Canada, and Australia.

Britain is not left out, with the programme covering dedicated sections for films Made up North, Made in Manchester, and also sections showcasing the best emerging talent in British New Wave.

The Kino Tales portion of the festival will satisfy those looking for Sci-Fi and Fantasy, Horror, Comedy, Romantic Tales or Myths and Fantasy, as well as the brilliantly titled Kino Noir programme. Student films, Documentaries, Experimental Films and Animations (including a two programme focus on Polish animation) will all be covered too.

Notable premieres include the UK debut of Shia LaBeouf starring in Everyday Performance Artists, and the world premiere of All We Left Behind in the American Independents programme.

Nicole Pott, the manager of Kinofilm told me she was particularly looking forward to Wednesday the 22 November and the Women in Tech panel discussion. Organized in conjunction with Women in Film and TV UK, the panel will discuss what it’s like to work behind the camera in such a typically male dominated profession.

As part of their celebrations of seventy years, BAFTA will be screening a rare big screen showing of Red Road, the BAFTA-winning debut film directed by Andrea Arnold. It will be accompanied by a Q&A session with award-winning editor Nicolas Chaudeurge, discussing his experience of working on the film.

Another Q&A session of note will be taken by Jason Wingard at the screening of his first feature film In Another life.

Director Gavin Searle will be talking about and evaluating 20 years of Anthropology on TV, as well as showing clips from his forthcoming BBC series The Last Treehouse, about the Korowai of West Papua.

The full festival programme can be viewed on line, and you can see the festival brochure here.

Many of the Kinofilm Festival events are free, and where the programme is chargeable the ticket costs have been kept down to as little as possible. Day tickets for the festival are as little as £10, and for those who want to see as much of it as possible, you can buy a pass for the full week for £45.