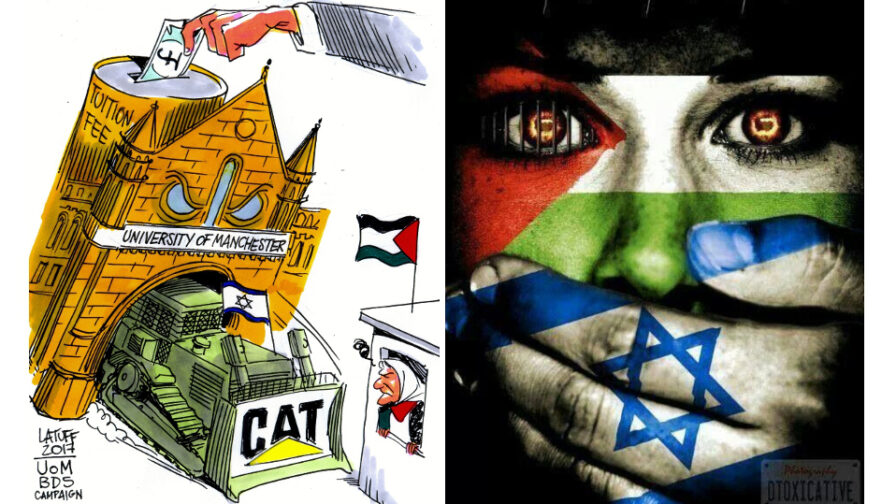 The Balfour Declaration centenary ‘celebrations’ opened in Manchester on All Hallows’ Eve against a backdrop of mass protests. The centenary event, part of the “Balfour 100” tribute, and attended by Israeli ambassador Mark Regev, was switched to the Hilton hotel by the organisers after University of Manchester students found out that Whitworth Hall at the university was planned, but not publicised, as the venue for the event.

The Balfour Declaration was contained in a letter sent by Arthur Balfour, the British foreign secretary, on the 2 November 1917. The recipient, Walter Rothschild, was a prominent Zionist and member of the Rothschild banking dynasty. In it, Balfour committed Britain to the creation of a “Jewish national home” in Palestine, the country soon to come under British control as part of the World War I offensive against the Turks. The Declaration was included in the constitution of the ensuing British Mandate of Palestine, and defined the period of British rule as one of Jewish immigration and colonisation, against the wishes of the native Palestinian Arab population, whose own demands for nationhood and self-determination were forcibly denied.

A campaign spearheaded by students from the BDS (Boycott, Divestment and Sanctions) society – dubbed #ApartheidOffCampus – and supported by local groups including Manchester Palestine Action, applied pressure on the university and spread the word far and wide, leading to the venue change.

Huda Ammori, one of the student organisers, said of the protest, “we collectively drove the Balfour celebrations off campus and demonstrated against their event altogether, as well as the university’s ties to Israel’s war crimes”.

The protest began outside Whitworth Hall, the banners, placards and chants emphasising opposition to Manchester University’s links to Israel. Such as its investments in Caterpillar, whose bulldozers are regularly used by the Israelis to demolish Palestinian homes and its academic links with Technion, an Israeli research institution closely associated with the Israeli arms industry.

It then headed up Oxford Road into the city centre, as information emerged of where the event had been moved. A picket took place outside the Hilton which was entirely peaceful in sentiment and uproariously noisy in its bid to disturb Regev and the attempted celebrations within. “We had more of a celebration of our campaign than they seemed to be having”, commented student protestor Conor Cooley.

The idea that the history of this declaration could be ‘celebrated’ at Manchester University without controversy was wishful thinking. For Palestinians the Balfour legacy is 100 years of forced dispossession, leaving them stateless, with one of the largest refugee populations in the world and subject to brutal military assaults and occupation by Israel. Ammori describes “students, academics and concerned community members” standing with Palestinians against “the disgraceful celebration of one of the most racist and shameful acts of imperial Britain.”

The University of Manchester denies it endorsed the Balfour event, merely acknowledging that it allows its premises to be “hired by third parties for external events, provided that the events … comply with the University’s Code of Practice on Freedom of Speech”. It has also stated the decision to cancel the event was taken by “the external organisers”.

In the run-up to the centenary, the university was also dogged with criticism over revelations that the Israeli embassy had been involved in censoring the title of a holocaust survivors speech criticising Israel, at a student event run by the BDS society during Israeli Apartheid Week earlier in the year.

However, the central role of Manchester and its university in bringing about the Balfour Declaration made it the first choice in the planned week of celebration. A century ago, Chaim Weizmann, later the first president of Israel, was a senior lecturer in the Chemistry Department at Manchester University. Along with other influential Zionists, such as Marks and Spencer founders Simon Marks and Israel Sieff, he was part of the Manchester School of Zionism. This group was an effective lobby of the British government, making contact with Balfour during his time as prime minister and MP for Manchester East and also enlisting the support of CP Scott, the editor of the Manchester Guardian.

The symbolic continuity of staging the event at the University of Manchester  was well and truly broken by the demonstrations and Ammori vows “we will continue to protest against the university’s complicity in Israel’s war crimes, with our next demonstration planned for 22 November, 2.30pm at the Whitworth building outside the university’s board of governor’s meeting, where we will yet again drive apartheid off campus”.