SICK! The health and wellbeing festival returning to Manchester in May 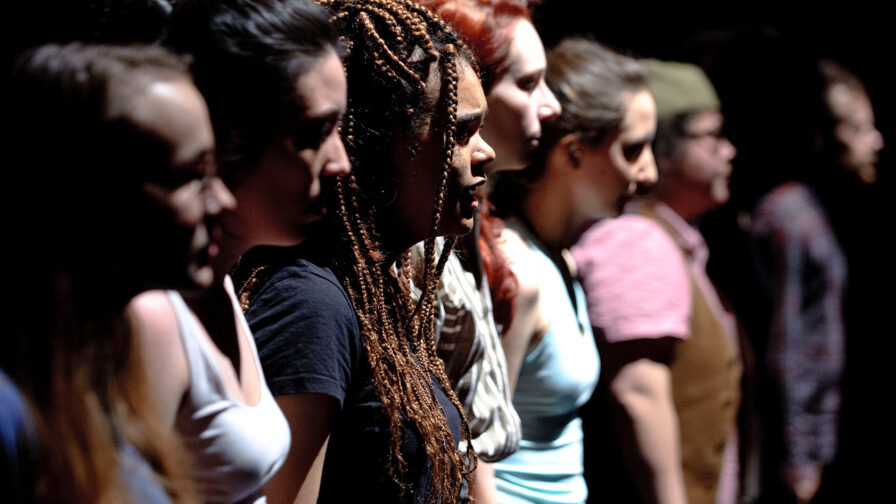 SICK! Festival is working to start the conversation on difficult health topics through art and performance.

Public health is awash with debate. Are some things too personal to talk about? Is treatment our choice or does it belong in the gift of the experts? Some of us take for granted issues which others struggle all their lives with…which is where SICK! Festival aims to step in and raise awareness.

Exploring the complexities of health, mental or physical, and the people it affects, the event has in previous years centred in Harpurhey. This year it expands to other locations around Manchester, including Salford Quays and St Peter’s Square. Involving a community of artists and medical professionals – from researchers and public health workers to visual artists and performers – it employs media such as dance, theatre, and spoken word to address issues in engaging and powerful ways. Thus the 2019 theatre piece Baby Fever asked if traditional milestones such as buying a house, getting married and having a baby are outmoded as measures of success, societally. In Dying Together, meanwhile, audience members were invited to participate in a thought exercise in which situations involving mass death are reflected on.

Originating in Brighton the festival grew from a contemporary performance space…founders Helen Medland and Tim Harrison were already presenting artists’ work but were not satisfied with their reach.

“We had an exciting program, but we were both frustrated about presenting work that seemed to just connect with the usual artsy crowd,” says Harrison, the festival’s creative director.

“We were thinking about the shit stuff that happens in life and death, and how we survive it,” says Medland. “I guess we were wondering if there was a way to bring our kind of artistic practice together with the things that are important to people, and the stuff that we’re often not very good at talking about: mental health, dementia, aging, adolescence, sex, gender, identity.”

The evolution of SICK! over the past decade has been guided by the communities around it, to ensure that it brings the most important and relevant issues into the conversation: “People who are personally affected,” says Harrison. “People from healthcare, from charities, academics. All of these different voices. We’re thinking about how we can bring them together.”

“For an artist to sit in their studio and just think about their own experience, or imagine what other people’s experiences are…[that] isn’t really what we’re about. When artists are making work we want them to be exploring people who’ve got that real lived experience.”

As a bi-annual festival, the team were hoping to run on schedule in 2021 but decided against this due to COVID-19. Although the team did shift to online working they declined to hold the whole festival on the internet as Anne describes it as “very much an in-person experience”.

A central theme for this year’s festival is menopause, something that almost half of the population will experience, yet many know nothing about. Studies show that 73% of women do not seek medical assistance for relieving symptoms, and only 57% feel understood and supported by their doctor.

The theme popped up in a project concerning older women and radicalism.

“Older people, who are in their 70s and 80s now, are of an extremely radical generation. They used to be punk, so are the cutting edge of social change – of LGBT rights and all kind of things come. A huge of social and cultural transformation,” says Harrison.

It led the team to question women’s experiences of ageing. Having worked previously with theatres such as HOME, The Lowry, and Contact, they decided to present this year’s theme in a different format.

“We want to more and more connect with audiences who might not go to those places,” explains Harrison, “and there’s a lot of people who would just never think to or want to.  There’s quite a cultural and social barrier.”

With menopause affecting such as large proportion of the population, the team want to reach as wide an audience as possible. To achieve this, they’ve plumped for an unexpected twist on a tried-and-tested method.

“Community choirs! You’ve got dementia choirs, LGBT choirs, alternative choirs that sing Leonard Cohen….” Says Harrison. “We thought, why don’t we put our choir on a double decker bus and drive it around town to the busiest places we could find? It’s about having an engaging, fun, slightly bonkers experience.”

As the top deck becomes a stage for the choir, the lower deck will be transformed into an educational space for people of all genders to learn about the menopause and share their experiences.

“Menopause really feels like one of those massive taboos that people are afraid to talk about and you just don’t hear very much [about it]. So this is a chance to shift that in quite a bold way, we hope.”

The team are working with a pair of musical composers to pen a series of songs about women’s experiences with menopause and the choir is continuing to accept new members until rehearsals begin (offering £100 to each participant). They are also seeking female-identifying people for a performance entitled Ejaculation Falls, which will be a “live conversation” around female pleasure.

Outside of the festival itself, which will run throughout May, the SICK! team run social prescribing projects across Manchester called SMASH sessions.

Partnered with organisations such as Greater Manchester Mental Health and Number 93 to deliver the sessions (which take place every or every other Friday in Harpurhey) they involve a menu of activities with a mental health practitioner on hand to discuss any issues.

“We have culture sessions, where we take our participants out to different sites across Manchester, and then we have our ‘Create’ sessions where participants make artwork and then have a talk session where an artist or a theater-maker will come in and talk about experiences that they’ve had. We’ve had artists talk about their experience with endometriosis, with anxieties. It’s more of a conversational session, which is basically a safe space,” says Anne.

Art is central, with photography a large component. Last year’s Birds of a Feather project featured work derived from the SMASH sessions, employing a photographer to explore how nature interacts with mental health.

A commissioned exhibit will be revealed in St Peter’s Square this year, as the festival expands from the usual in North Manchester hub into the centre of the city. Focusing on domestic violence the work is due to be showcased at Metrolink stations around Manchester once the exhibit is unveiled.

SICK! Festival runs throughout May via the festival hub in Harpurhey , with other projects to be announced for Central Manchester. The Menopause Bus will tour various locations on 7/8 May. To get involved or for site management opportunities, visit the SICK! Festival website.