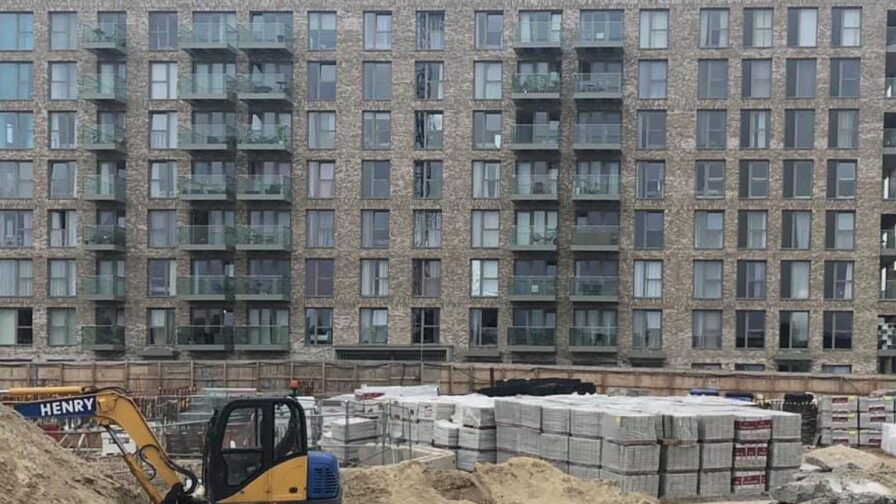 How arbitrary definitions and a focus on ‘headline figures’ are exacerbating the housing crisis.

Nowadays it takes just a quick scan of the main newspapers to see the latest on what the government is planning to do to ‘help the people’. Slogans like ‘Build Build Build’ and ‘Jobs Jobs Jobs’ are recurring motifs – perfectly simple, sound bite morsels, that promise so much.

And, in theory the pledges look impressive. Boris Johnson’s £12 billion New Deal announcement for housing sounds huge, as does 180,000 ‘affordable homes’ over the next 8 years. That is the beauty of the marketing strategy. Without comparison these large numbers fill the imaginations of voters looking for hope in a dark situation.

But if we look a bit deeper, it’s exactly that, a marketing strategy. And not just that, but a marketing strategy working at the detriment of everything else. The Johnson government’s focus on headline stats has sacrificed true progress in solving the problems they are supposedly dedicated to.

To take Johnson’s New Deal specifically, how far will 180,000 ‘affordable homes’, over 8 years, go? It sounds significant, until you consider that approximately 14 million people in the UK live in poverty.

A cross-party report published at the end of July sheds light on the huge gap between the government’s aims, and what is actually needed on the ground. The report found that 90,000 additional social rented homes will be needed every year to meet the country’s housing need.

Currently, there are 83,700 households in temporary accommodation, and the number of people sleeping rough has increased 165% since 2010. If you needed proof to belie the attempts to promote the ‘Build, Build, Build’ scheme on the basis of radical progress, this report is it.

Particularly interesting is the committee’s stubborn refusal to use the word ‘affordable’, when describing housing attainable for the poorer sections of society. This is because the government’s definition of housing ‘affordability’ is perhaps one of the most pernicious examples of policy branding.

But, local market rates aren’t affordable to ‘average’ income earners. The latest ONS report on housing affordability found that in 2019, full-time employees ‘could typically expect to spend around 7.8 times their workplace-based annual earnings on purchasing a home’. As most banks will not mortgage a home worth more than 4.5 times an individual’s annual income, it’s clear that the average income earner can’t afford the average house.

So, when Boris Johnson pledges to build more ‘affordable homes’, he’s actually pledging to build more houses that are unobtainable to many people, and in particular those most in need. At the same time, homelessness, and the number of those struggling to find suitable housing grows.

A good illustration of the scale of the issue is the fact that 30% of 20-34 years olds still live with a parent – unable to afford rent or housing in the cities they work in. The general public however is presented an image of a government working to support the poorest in society, and ‘Build Build Build’ more homes for everyone.

Startling, is how effective this strategy is. After Boris Johnson’s ‘Build Build Build’ announcement, The Express ran a poll asking readers whether they thought the UK actually needed more housing. 62% of partaking readers thought not. The article talked about the number of empty properties in the UK, and how Brexit would reduce immigration – implying there was actually a lack of demand for affordable homes.

We should be particularly worried about the implications of this public feeling when it comes to the new planning regulations that Robert Jenrick is currently shepherding in: a mixture of increased Permitted Development Rights, and efforts to ‘cut the red tape’ of planning processes. The key message is that making it easier to build more homes will make housing more affordable.

However, research into use-change permitted development properties has consistently demonstrated that they fail to meet basic housing standards. The latest report published in July, found that only 22.1% of dwelling units met the nationally described space standards (compared to 73.4% through full planning). Ten units visited were even found to have no windows at all. On top of this, by avoiding the full planning process they’re also able to evade scrutiny on ‘affordable housing’ quotas (which as we’ve seen aren’t even that affordable).

These new regulations allow for the easier creation of low-quality housing by established developers and landowners, to be sold at unaffordable market rates – as well as a boost to the government who can claim the praise for boosting house building. What they don’t do is provide fit-for-purpose housing for those that desperately need it.

This strategy of ‘image first’ and big headline figures, is endemic to the operation of the Johnson government. We have seen this not just in housing policy, but across the board. Our first step should be to constantly question definitions and scrutinize the housing policy based upon them.